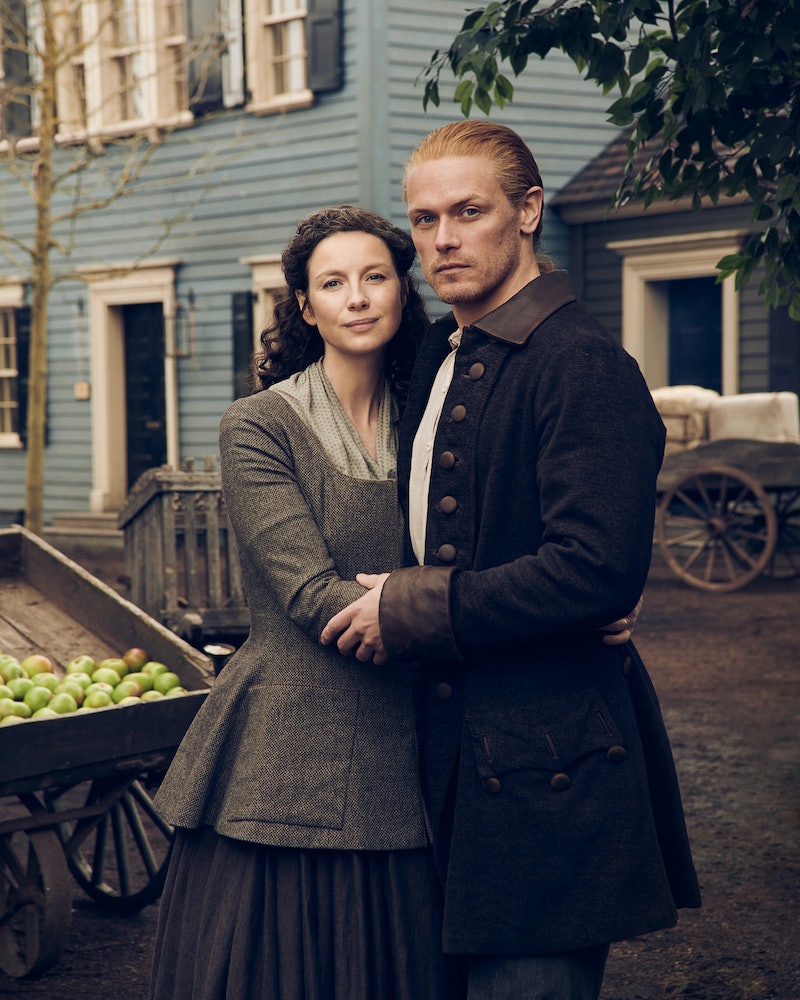 While Outlander Season 6 comes to a close with a May 1 finale, Claire and Jamie Fraser’s journeys are far from over. The show was renewed for a seventh season in Spring 2021. “Outlander embodies everything about our [#TakeTheLead] initiative including a powerful female lead character and an amazing team of storytellers,” Christina Davis, president of original programming for Starz, said in a statement last spring. “We look forward to following the adventures of Claire and Jamie in America during the Revolution as well as more time travel during this next season.”

The show’s sixth season was condensed into eight episodes because of the pandemic. In doing so, creators kept only the main highlights from the corresponding sixth book, A Breath of Snow and Ashes. “We just tried our best to keep everyone safe so we could continue to tell the kind of stories we wanted,” executive producer Maril Davis told Entertainment Tonight. As a result of a shorter sixth season, “we're going to give you a supersized Season 7,” with 16 episodes.

Here’s everything else we know about Season 7 so far.

Outlander seasons typically premiere in the fall or spring, but during the pandemic, the show has taken longer gaps between seasons. In a March 10 interview with Watch What Happens Live, actor Sam Heughan (Jamie) said they’re “about to go back and shoot Season 7.” Then, on April 6, Heughan posted a photo of himself with castmates on Twitter, confirming they were indeed back on set.

Seasons typically take about a year to film and produce, so at the earliest, we’re likely looking at a Spring 2023 debut.

We can reasonably expect Jamie and Claire (Caitriona Balfe) to return for Season 7, as well as their daughter, Brianna (Sophie Skelton), and son-in-law, Roger (Richard Rankin).

Although the show centers on Claire and Jamie’s love story, in a January 2022 interview with Vanity Fair, Balfe hinted that she’s ready to move on after Season 7. “We will have hit the almost 10-year mark by the end of that, which feels like a nice kind of time frame,” she said, but added that “those decisions are far above my pay grade.” Balfe also noted that she’s hoping to dive into theater and film, and was disappointed that her requests to direct episodes in Outlander Season 7 “[fell] a little on deaf ears,” she said. “It would’ve been the perfect chance for me in a very safe space. ... It’s a shame, but out of my hands.”

Similarly, Heughan told The Times that he can see “absolutely see Outlander without me,” adding that author Diane Gabaldon “has this whole world in her head, and how she ties up all those loose ends I have no idea.”

The series adapts Gabaldon’s nine-book, same-named series, with each season more or less following the events of the corresponding book. (She’s currently working on the tenth book.) So as long as the show continues to bring in viewers, it could hypothetically continue into a ninth or tenth season. On her website, the author teased that “Book Ten might be the last of my Outlander novels which feature Jamie Fraser and Claire Beauchamp Randall Fraser. Or it may not!”

Season 7 will follow the events of Gabaldon’s seventh book, An Echo in the Bone. In the novel, Brianna, Roger, and their son, Jem, are living in the present. They find an old letter about hidden gold, and one of Brianna’s coworkers kidnaps Jem for the treasure. Believing the man took Jem to the past, Brianna and Roger go back in time to look for him. Meanwhile, Claire and Jamie get caught up in the American Revolutionary War. When one of Jamie’s kin dies, they take his body back to Scotland, where Jamie reconciles with his second wife, Laoghaire. Claire then travels to America to heal Marsali’s son, Henri-Christian. Jamie is meant to follow along after her, but Claire is told his boat crashes, so she grieves and finds comfort in their friend Lord John. But later, Jamie resurfaces with Redcoats on his tail. He pretends to take Lord John hostage and then flees. He’s nearly pursued by the latter, who stops the chase when, due to the resemblance, he realizes Jamie is his father.

This post will be updated as more details about Outlander Season 7 become available.