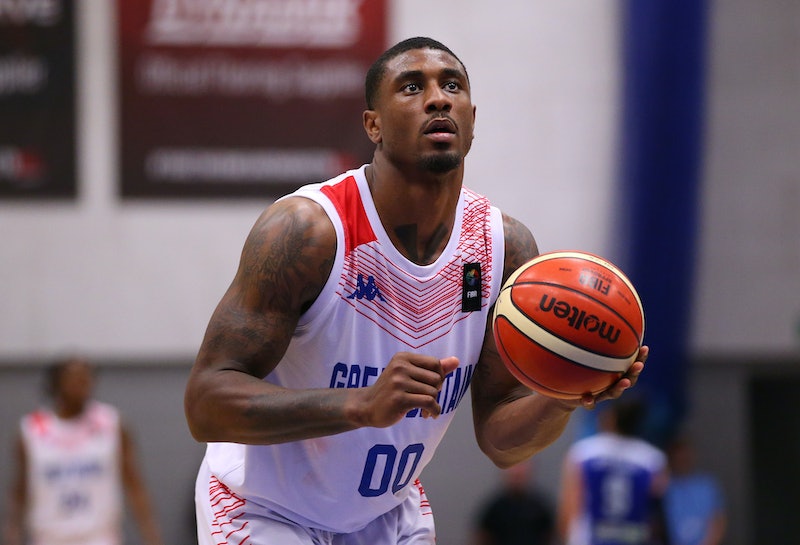 In 2019, Love Island's Ovie Soko became a breakout star of ITV2's hit reality dating series. Now, as part of a brand new BBC documentary, the former-islander will explore the aftermath of reality television and shed light on the darker side of overnight fame. The doc also sees Soko face a crossroads in his career, and he must decide whether to build on his celebrity status or return to his first love of professional basketball. But is Ovie Soko still playing basketball?

Well, it appears Ovie's villa days are well and truly behind him, because Soko has returned to play professional basketball and recently signed a one-year deal with the French team Le Mans Sarthe Basket. As Sky Sports reports, the reality star also completed a season with the London Lions in the British Basketball League earlier this year, and commenting on his recent signing, Soko described the game as something he "genuinely" loves.

As mentioned previously, Soko recently explored the pros and cons of reality TV fame for the investigative BBC documentary Ovie: Life After Reality TV. In the programme, the Love Island favourite decides on his future in the industry and speaks to reality TV royalty Vicky Pattinson, Alex and Olivia Bowen, and TOWIE's Mario Falcone about the true costs of

As Metro reports, the documentary was commissioned in light of concerns surrounding the aftercare received by reality TV contestants once the cameras stop rolling — scrutiny which led to a government inquiry into the responsibilities of TV shows and their participants.

More like this
'Love Island' May Have Just Lost Its Main Character
By Jason Okundaye
Spencer Matthews’ Impressive Net Worth Expands Far Beyond Chelsea
By Sam Ramsden
Barney Walsh Has Been Linked With This Famous Miss World Winner
By Sophie McEvoy
Joey Essex Is Rumoured To Be Dating A 'Love Island' Favourite
By Sam Ramsden
Get The Very Best Of Bustle/UK
Sign up for Bustle UK's twice-weekly newsletter, featuring the latest must-watch TV, moving personal stories, and expert advice on the hottest viral buys.