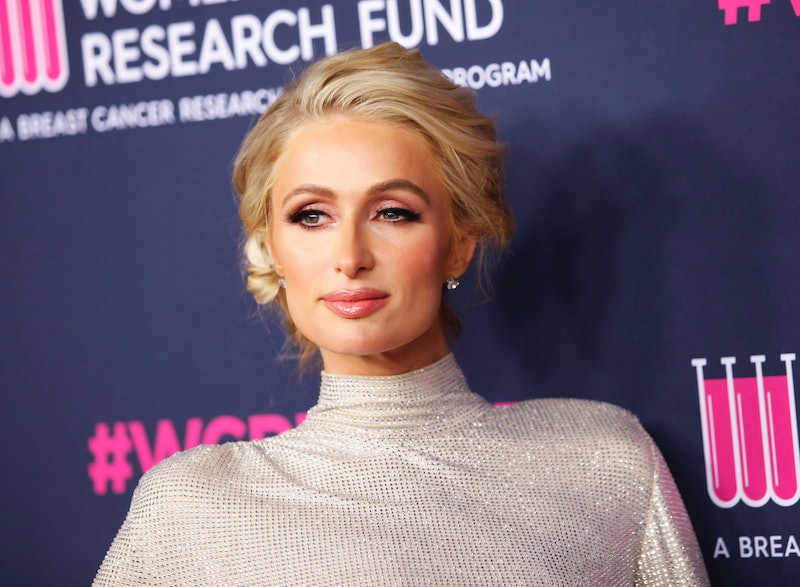 Paris Hilton is getting real about her life, her career, and how she sees her place in pop culture with her upcoming documentary This is Paris. From past abusive relationships to complicated family dynamics, nothing was off limits in the YouTube Original doc, set to premiere Sept. 14. In the doc, Hilton also reflected on influencer culture and her career, which helped launch the early social media craze— and reveals that she feels “guilty” for the role she’s played in its culmination. Per E! News, Hilton laments that "everyone says I'm the original influencer" in the doc, "but sometimes I feel like I helped create a monster.”

Citing her desire to project the “perfect” image to cope with the trauma that came with the abuse she says she endured at boarding school, Hilton admits to feeling “responsible” for the rise of influencer culture and the usage of social media to curate unrealistic personas. "That's why I always had to project basically what I think the public wants," Hilton reportedly says in the doc. "And now I see the little girls… they're trying to get the perfect selfie, they're putting the filters on, they can't even look at themselves [on] the phone without putting a filter. I can't even imagine a 13-year-old girl today."

Hilton, who famously joked on Twitter that she had "invented" the selfie, also admits to depending on social media, revealing that an app on her phone recorded an average of 16 hours spent on social media apps per day. “When you add up all those hours, it's literally like years of your life spent just looking at a phone," Hilton says. "It's just so beyond."

This is Paris, directed by Alexandra Dean, also explores Hilton’s rebellious teenage years and her time on the reality series The Simple Life. The businesswoman and DJ also gets candid about the abuses she endured as a teen at Provo Canyon School, a boarding school in Utah, and in past relationships. Hilton’s sister Nicky Hilton Rothschild and mother Kathy Hilton also make appearances in the intimate doc that promises a glimpse of the real Paris Hilton.

“I'm just so used to playing a character that it's hard for me to be, like, normal,” Hilton says in the official trailer. “I turn into someone else.” Calling her “airhead socialite persona” nothing but a facade, Hilton continues, "I'm always kind of putting on this facade [of a] happy, perfect life. I just had this plan and then created this brand and this persona and this character and I've been stuck with her ever since.”