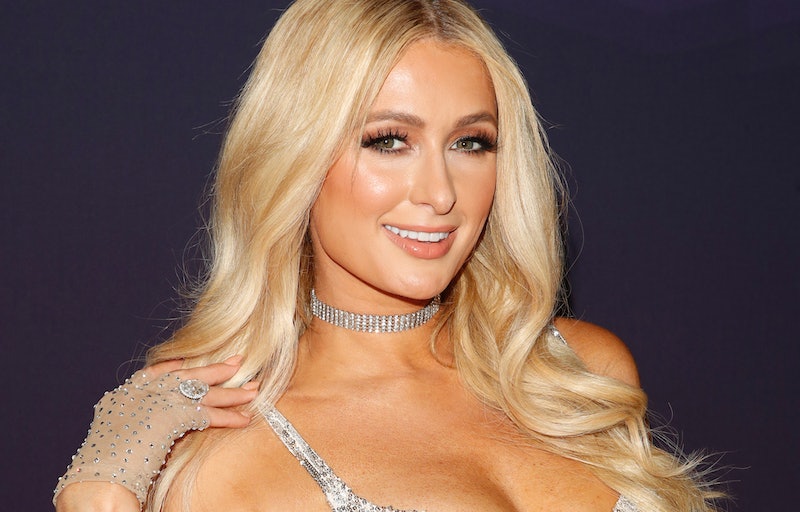 Following the launch of her petition to shut down the institution once and for all, Paris Hilton is leading a protest at Provo Canyon School in Utah on Friday, Oct. 9. As chronicled in her YouTube Originals documentary This is Paris, Hilton has accused the school of psychological and physical abuse during her time there as a teen, alleging, among other things, that she was subject to solitary confinement for hours without clothes and prescribed medication of undisclosed pills. And she isn't the only Provo Canyon alumnus accusing the school of misconduct.

“Today we are going to be going to Utah with hundreds of other survivors," Hilton told host Good Morning America co-host Michael Strahan on Friday. "When I was there, I was physically, psychologically, emotionally abused on a daily basis, so I'm using my platform to make a difference so this doesn't happen to any other children." She also expressed gratitude for the “outpour of love and support,” calling this undertaking “the most important” thing she has done. “I feel so proud to have finally told my truth and my story, and the fact that it’s made such an impact and has started this movement that's gonna make a real change,” she said.

“I feel like I’ve done big things in life, but this is the most important,” Hilton continued. “This is going to be my legacy and I'm not gonna stop until the abuse in this industry stops.”

In a media statement issued in August, Provo Canyon stated the school underwent an ownership change in 2000, after Hilton left, adding, “We therefore cannot comment on the operations or patient experience prior to that time.” The school released a lengthier statement after the documentary’s premiere in September, saying staff does “not condone or promote any form of abuse.” The statement continued, “Any and all alleged/suspected abuse is reported immediately to our state regulatory authorities, law enforcement and Child Protective Services, as required. We are committed to providing high-quality care to youth with special, and often complex, emotional, behavioral and psychiatric needs."

Last month, Hilton created a Change.org petition to shut down the school, and it has since amassed over 125,000 signatures. It also found support from artist and model Kat Von D, who claimed she had her own “traumatic” experience at Provo on Instagram. “Thank you, @parishilton for giving me the courage to share about being locked up for half a year, without ever seeing the sun, at Provo Canyon School in Utah,” she captioned the post. Paris Jackson has also voiced support for Hilton, revealing she was diagnosed with post-traumatic stress disorder after attending a similar institution.

More like this
Paris Hilton & Carter Reum’s Relationship Timeline Includes A Surprise Baby Boy
By Bustle Editors
Twitter Is Identifying With Sally Field & Jane Fonda’s Friendship In New Viral Video
By Jake Viswanath
Paris Hilton Just Shared The First Photo Of Her Baby
By Sam Ramsden
Beyoncé Just Announced Tour Dates: Here's How To Cuff Tickets To Her 2023 Shows
By Jake Viswanath
Get Even More From Bustle — Sign Up For The Newsletter
From hair trends to relationship advice, our daily newsletter has everything you need to sound like a person who’s on TikTok, even if you aren’t.