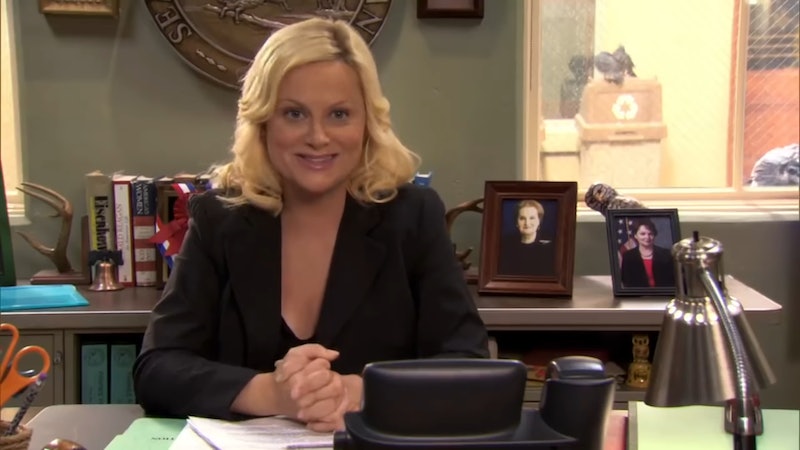 The Department of Parks and Recreation for Pawnee, Indiana will be back to work soon. The Parks and Recreation cast will reunite for a Democratic fundraiser, with Amy Poehler, Nick Offerman, Adam Scott, Aubrey Plaza, Retta, and more coming together to support the Democratic Party of Wisconsin. Showrunner Mike Schur will also appear, as well as "surprise guests." The one-time event is titled the "Parks and Rec Town Hall," and the live stream will be accessible to all fans who make a donation of at least $1 to the Wisconsin Democratic Party.

On Saturday, Plaza posted a link to the event on Instagram, writing, "Excited to announce this—we're doing a #ParksandRec reunion next week." She added that fans could, "chip in ANY amount" to get a ticket to the event, which includes an exclusive Q&A. Adam Scott also posted the news about the event on Instagram, writing that he's, "SO psyched to announce this."

Parks & Recreation was a political satire, following the journey of Leslie Knope, the enthusiastic deputy director of the parks department in Pawnee, Indiana. Over the show's seven seasons, Leslie's political ambitions and desire to better the community were often thwarted by bureaucracy and bad actors, mirroring the American political landscape. Many of the plotlines in Parks and Recreation have become surprisingly prescient in the Trump era — for example, Leslie faces a formidable opponent in her city council campaign from Bobby Newport (Paul Rudd), an inexperienced businessman and heir to the Sweetums candy fortune, who only enters the election to gain approval from his wealthy father.

The upcoming political fundraiser isn't the only recent example of the Parks and Recreation cast coming together to support a cause. In April, Parks & Rec stars reunited for a one-off episode on NBC, with nearly the whole cast on board, including Rashida Jones, Ben Schwartz, Chris Pratt, Rob Lowe, and more. The event raised funds for Feeding America's COVID-19 Response Fund, which keeps food banks stocked across the county. The special, during which the stars reprised their beloved characters, promised to match donations up to $500,000, but ended up exceeding expectations, raising nearly $2.8 million for COVID-19 relief.

Schur, Plaza, Poehler, and the rest of the cast are likely hoping for similar success with the upcoming fundraiser for the Wisconsin Dems. It's not yet clear which of the other stars might tune in the for the special event — will Rudd reprise his role as Newport to raise the stakes? Will Jean-Ralphio Saperstein or Mona-Lisa Saperstein make an appearance? Fans will have to sign up for the event to find out.