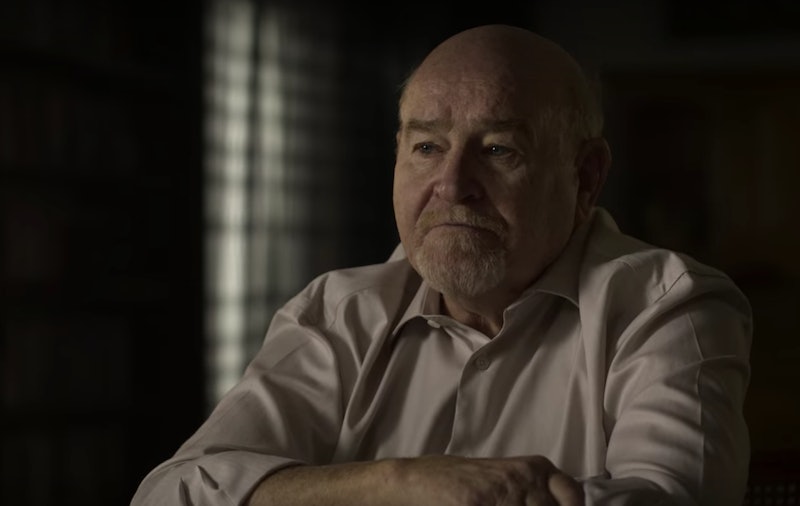 When Tiger King imploded the internet in March, one phrase resounded across Twitter: Carole Baskin did it. This was, of course, in reference to Joe Exotic's claim that Baskin killed her husband, despite the fact that she's denied the allegation and law enforcement found no evidence of foul play after his disappearance. Now, a similar situation has arisen with Patrice Endres' husband, Rob, who's featured in the episode of Netflix's Unsolved Mysteries that details Endres' death.

In the mix of all of this is Patrice's second husband, Rob, whose behavior can only be described as bizarre. We learn that right after Patrice disappeared, he changed the locks to their house, meaning that her then-15-year-old son, Pistol Black, couldn't get in. “I didn’t want Pistol in the house because, you know, I didn’t like him," Rob explains.

After Patrice's remains were found, Rob admits that he had the morgue reassemble Patrice's skeleton and even took her skull and "carried it around for a while." He then idly wonders if she was "kept captive for a while" and used as "somebody's toy."

It's also revealed that Rob has never allowed Pistol to claim family photos or even see his mother's ashes. But the real kicker? Rob says that he used to sleep with Patrice's ashes next to him and cuddle them in bed.

All of this has prompted viewers to suspect Rob killed Patrice, something that Pistol has long maintained but that Rob firmly denies. Patrice's family and friends claim in the show that the two were in an unhappy marriage, and Patrice was planning to file for divorce before she suddenly disappeared. Rob, on the other hand, says that they never argued.

Rob hasn't publicly commented on Unsolved Mysteries, but in response to criticism that he simply got a bad edit, series co-creator Terry Dunn Meurer told Entertainment Weekly that they "had to make some choices."

"We tried to present the best pieces of the interviews to help tell the story," she said. "We also develop these people as characters, and Rob is a character. I do believe that Rob was authentic in his interview, and I believe he spoke his mind."

She added that they respect Rob's willingness to share his story and "respect the fact that the police department did thoroughly investigate him and they couldn't find any connection to Patrice's abduction and murder." Reddit seems to think differently.

More like this
Anthony Templet Wants To “Live Normally” After Killing His Father
By Brad Witter
Does The 'Echoes' Ending Mean There Will Be A Season 2?
By Kadin Burnett
Christine Quinn’s 'Selling Sunset' Future Is *Finally* Confirmed
By Bustle Staff
Everything Jarrette & Iyanna Have Been Up To Since 'Love Is Blind'
By Brad Witter
Get Even More From Bustle — Sign Up For The Newsletter