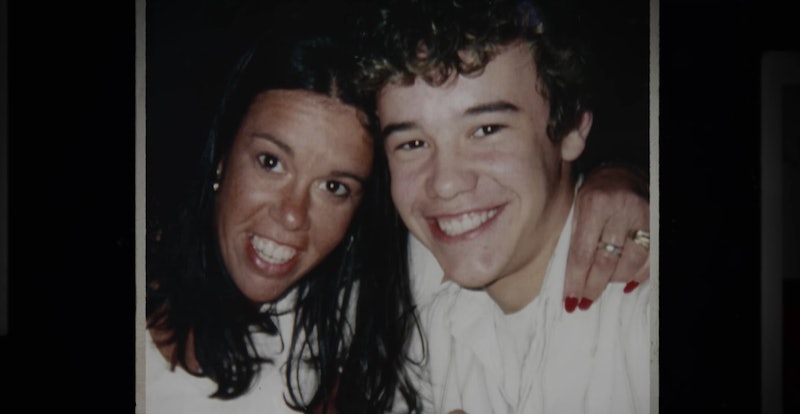 It’s been 16 years since her perplexing death, but these Reddit theories about Patrice Endres’ case just might unearth the truth. Netflix debuted its revival of the true crime series Unsolved Mysteries earlier this month, and in the second episode, titled “13 Minutes,” viewers are introduced to Endres’ case. In April 2004, Endres, then 38, vanished from her Georgia hair salon in the span of 13 minutes. When authorities arrived on scene, Endres’ lunch was left uneaten, her car keys and purse were left in the salon, her car had been moved from its usual spot, and money had been taken from the cash register.

In December 2005, Endres’ remains were discovered in the woods behind a church about 10 miles from the salon. While authorities never gathered enough evidence to nail down her killer, Endres’ son, Pistol, has maintained that her second husband, Rob, may have been involved in her murder. Prior to her disappearance, Endres’ friends and family alleged that the two were in an unhappy marriage and that Endres wanted a divorce. As such, a large number of viewers have also voiced their suspicions about Rob, who has maintained his innocence.

On Reddit, users cited Rob’s degree in criminology and some of the things he said in the episode as suspicious. Viewers pointed to the "creepy" nature of Rob’s admission that he slept with Endres’ ashes, and questioned the motive behind his decision to change the locks after his late wife’s disappearance. Like Pistol, others recalled his possessiveness and jealousy as a husband. The users also cited Rob’s anecdote about asking for Endres’ skeletal remains to be laid out (in which he cradled her skull) as strange behavior. Still, authorities investigated Rob and ruled him out as a suspect.

In an interview with Variety, showrunner Terry Dunn Meurer echoed similar sentiments. “We take everyone’s interview at face value,” Meurer said. “Rob’s a character, but he was very, very honest with us in his responses to the interview, and we believe him.” Per the episode, two separate serial killers, Jeremy Jones and Gary Hilton, also confessed to the murder. While the investigations led to dead ends due to story inconsistencies, Meurer added that the two are still very much considered suspects.

With Rob and the serial killers aside, a second theory is that the entire ordeal was a murder-for-hire plot. Redditors have mused that Rob was able to provide proof of a receipt from a gas station far from the salon during the time of Endres’ abduction because he hired someone else to abduct and kill his wife. As for the third and final theory, other users have speculated that Endres was not killed by her husband or the serial killers, but by someone else that she knew — perhaps even a client.

In any case, these are all just internet theories. In a statement issued to the Forsyth County News last year, Special Agent Kimberly Williams said authorities are still “dedicated to solving this case.” Williams continued, “And we continue to encourage the public to contact us with any information that may help us hold the responsible party accountable."

More like this
'Wednesday' Star Emma Myers Thinks A Wenclair Storyline Is “Possible” In Season 2
By Alyssa Lapid
'Bling Empire: New York' Star Nam Laks Is The “Blair Waldorf Of Thailand”
By Alyssa Lapid
Blake Abbie Was In A 'Boys Over Flowers' Reboot Before 'Bling Empire: New York'
By Alyssa Lapid
Love Is Blind’s Natalie Claims Shayne Signed Up For 'Perfect Match' While They Were “Still Together”
By Brad Witter
Get Even More From Bustle — Sign Up For The Newsletter
From hair trends to relationship advice, our daily newsletter has everything you need to sound like a person who’s on TikTok, even if you aren’t.