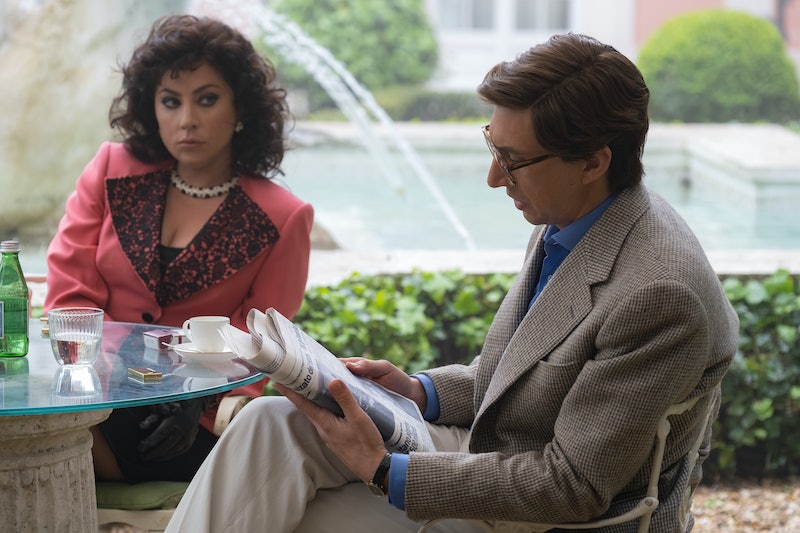 Patrizia Reggiani and Maurizio Gucci’s marriage ended in tragedy. The couple’s final years were a mess, filled with threats and stress, and it all came to a head when Patrizia hired a hitman to kill her ex-husband. She went to prison a few years later, leaving the couple’s two daughters without a parental figure for their adolescence and early adulthood.

The new film House of Gucci retraces this ripped-from-the-headlines story, following Patrizia (Lady Gaga) and Maurizio (Adam Driver) during a turbulent time at the luxury fashion house. While the whole family fights for control of Gucci, the couple’s marriage dissolves, leading to a volatile divorce that undoubtedly affected their children’s lives.

So, what happened to their two daughters, Alessandra and Allegra Gucci? And where are they now? Below, a breakdown of everything you need to know about the Gucci sisters.

Who are Allegra & Alessandra Gucci?

Allegra and Alessandra are the daughters of Patrizia Reggiani and Maurizio Gucci. Alessandra, the eldest, was born in 1977 and Allegra was born in 1981. Before their father lost the share of Gucci, the legendary designer brand, they stood to inherit the family fashion business.

The sisters were just 18 and 14, respectively, when their father was murdered.

It seems that they were fairly close until Maurizio’s murder. A few years prior, Patrizia was diagnosed with brain tumor, and her daughters took care of her while she prepared for a complicated operation. After the murder, the sisters even lived with their mother for two years, maintaining — as Patrizia did throughout the trial — that their mother was innocent.

What happened after Patrizia’s arrest?

Alessandra was 20 and Allegra was 16 when Patrizia was arrested for her ex-husband’s murder. At first, her daughters campaigned for a retrial, alleging that their mother’s (already removed) brain tumor affected her reasoning, and that she didn’t realize what she was doing. Allegra went as far as enrolling in law school at Milan University to get the expertise needed to fight for her mother’s release.

Did they stay close with their mother after she went to prison?

Not exactly. In a 2016 interview with The Guardian, Reggiani revealed that her daughters had completely cut ties with her. "We are going through a bad time now," she said. "They don't understand me and have cut off my financial support. I have nothing, and I haven't even met my two grandsons."

Allegra and Alessandra tried to prevent their mother from getting annuity from Maurizio’s estate, and they took the case to court. To their dismay, Patrizia still won and currently earns $1.47 million a year from the Gucci estate.

Where are Alessandra and Allegra now?

Honestly, the Gucci sisters seem to be doing okay these days. Per The Guardian, Allegra and Alessandra are both now married with children and living somewhere in Switzerland. They are reportedly extremely wealthy after inheriting their father’s fortune, which is rumored to be worth approximately $400 million.

They own Creole, the family’s yacht, which happens to be the biggest wooden sailing yacht in the world. Allegra gave a rare public interview to Boat International to speak about the yacht and the passion for sailing she’d inherited from her father. While Allegra seems to have a penchant for fast cars and old boats, Alessandra had a brief foray into the fashion world when she released her very own bag collection in 2009. The line was called The First, and sold at a concept store in Düsseldorf, Germany.

After growing up across the world, from New York to Saint Moritz to Milan, both sisters generally keep out of the public eye these days. They did have a brief stint in the papers when they were accused of tax evasion, but were later acquitted of all charges.