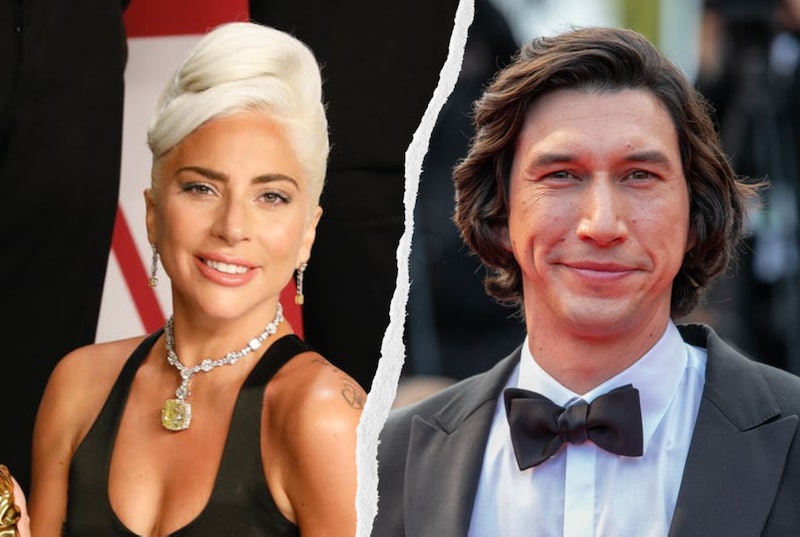 House of Gucci starring Lady Gaga and Adam Driver is finally hitting theaters on Nov. 24 after months of ravenous social media chatter about every trailer shot and on-set glimpse fans could get their hands on. Adapted from Sara Gay Forden’s 2001 book The House of Gucci: A Sensational Story of Murder, Madness, Glamour, and Greed, the film centers on Maurizio Gucci (Driver), one-time head of the Gucci fashion house, and his ex-wife Patrizia Reggiani (Gaga). Also starring Salma Hayek, Jeremy Irons, Al Pacino, and a nearly unrecognizable Jared Leto, the film’s trailer boasts picturesque settings, iconic Italian accents from the entire cast, and countless stunning Gucci ensembles. With the extravagance and mystique of the movie, it’s natural to wonder if House of Gucci is based on a true story.

The True Story Behind House Of Gucci

Directed by Ridley Scott, House of Gucci draws directly from Forden’s book, which tells the true story of the 1995 murder of Mauricio Gucci. Per Deadline, the film takes place as the Gucci label was transitioning from a family business to a globally recognizable brand thanks to the work of CEO Domenico De Sole and creative director Tom Ford. Of course, that shift came with many familial disagreements regarding control of the brand and financial greed. Mauricio and Patrizia wed in 1973 and remained married for 12 years, during which they had two daughters, Allegra and Alessandra. Then, under the guise that he was embarking on a short business trip, Mauricio left Patrizia for a younger woman and never returned home.

Mauricio’s affair was sensationalized by the media, which negatively depicted Patrizia as a “hot-blooded woman scorned,” per Deadline. The couple divorced in 1991, and Patrizia was reportedly awarded $500,000 in annual alimony. She was then diagnosed with a brain tumor, which she subsequently had removed. On March 27, 1995, Mauricio was shot and killed on the steps of his office by a hitman hired by Patrizia, who reportedly wrote a single word in her diary that day: paradeisos, the Greek word for paradise. She was arrested for the crime on Jan. 31, 1997, with prosecutors arguing she committed it out of jealousy and greed, as her alimony would have been cut in half if Mauricio married his new partner.

The hitman was given a lifetime prison sentence, and Patrizia was ordered to serve 29 years for arranging assassination. Claiming that her brain tumor altered her personality, her daughters requested for her sentence to be overturned. In 2001, a Milan appeals court upheld her conviction but reduced her sentence to 26 years. Later that year, she attempted suicide in her prison cell but was stopped by guards. A decade later, she was offered parole through a work-release program but refused, saying: “I've never worked in my life, and I'm certainly not going to start now.” After serving 18 years, she was released from prison in October 2016. Due to a 1993 agreement, per The Telegraph, Patrizia receives over $1 million annually from the Gucci estate as well as a back payment of $22 million for her time in prison.

Considering she’s out of prison and still alive, Patrizia has thoughts on the House of Gucci film, and she’s not thrilled about it. “I am rather annoyed at the fact that Lady Gaga is playing me in the new Ridley Scott film without having had the consideration and sensibility to come and meet me,” she told Agenzia Nazionale Stampa Associata in March. Noting that she won’t receive a cent from the film, she added that her frustration “is not an economic question,” but rather “a question of good sense and respect.” Seems like she’d rather take a trip to Chromatica than attend a screening of House of Gucci when it hits theaters.

While Gaga hasn’t given Patrizia a direct response as to why she didn’t want to meet her, she explained her decision in a recent interview with British Vogue. “I only felt that I could truly do this story justice if I approached it with the eye of a curious woman who was interested in possessing a journalistic spirit so that I could read between the lines of what was happening in the film’s scenes,” she told the publication. “Meaning that nobody was going to tell me who Patrizia Gucci was... Not even Patrizia Gucci.” Rather than meeting in person, Gaga conducted her research via newspaper clippings and interview recordings — though she refused to read Forden’s book, which House of Gucci is based on: “I did not want anything that had an opinion that would color my thinking in any way.”

Just because she didn’t want to meet Patrizia, however, doesn’t mean Gaga thinks completely negatively of her — despite her arranging her husband’s murder. Throughout the making of the film, she wanted to do the story (and her own Italian heritage) justice. “It was the experience of a lifetime making this film because every minute of every day I thought of my ancestors in Italy, and what they had to do so that I could have a better life. I just wanted to make them proud,” she said, “which is why I made the decision to make the performance about a real woman and not about the idea of a bad woman.”

Further detailing her studies for the role, the A Star Is Born actor said she “lived as [Patrizia] for a year and a half,” spoke with an Italian accent both on- and off-camera, and “instantly” dyed her hair dark brown upon starting work on the film. “It was nearly impossible for me to speak in the accent as a blonde,” she explained, adding that she picked up a few habits that made her feel closer to the character. “I started to live in a way whereby anything that I looked at, anything that I touched, I started to take notice of where and when I could see money,” she said. “I started to take photographs as well. I have no evidence that Patrizia was a photographer, but I thought as an exercise, and finding her interests in life, that I would become a photographer, so I took my point-and-shoot camera everywhere that I went. I noticed that Patrizia loved beautiful things. If something wasn’t beautiful, I deleted it.”

More like this
Gerard Butler Insisted On Adding This Pivotal Scene To 'Plane'
By Catharina Cheung
Jemima Khan Used Her Own Life As Inspo For 'What’s Love Got To Do With It?'
By Darshita Goyal
This First Look At 'The Gold' Shows Jack Lowden In A Whole New Light
By El Hunt and Sam Ramsden
Jennifer Coolidge Hunted For Jewels & Lashes In J.Lo’s Hotel Room
By Jake Viswanath
Get Even More From Bustle — Sign Up For The Newsletter
From hair trends to relationship advice, our daily newsletter has everything you need to sound like a person who’s on TikTok, even if you aren’t.