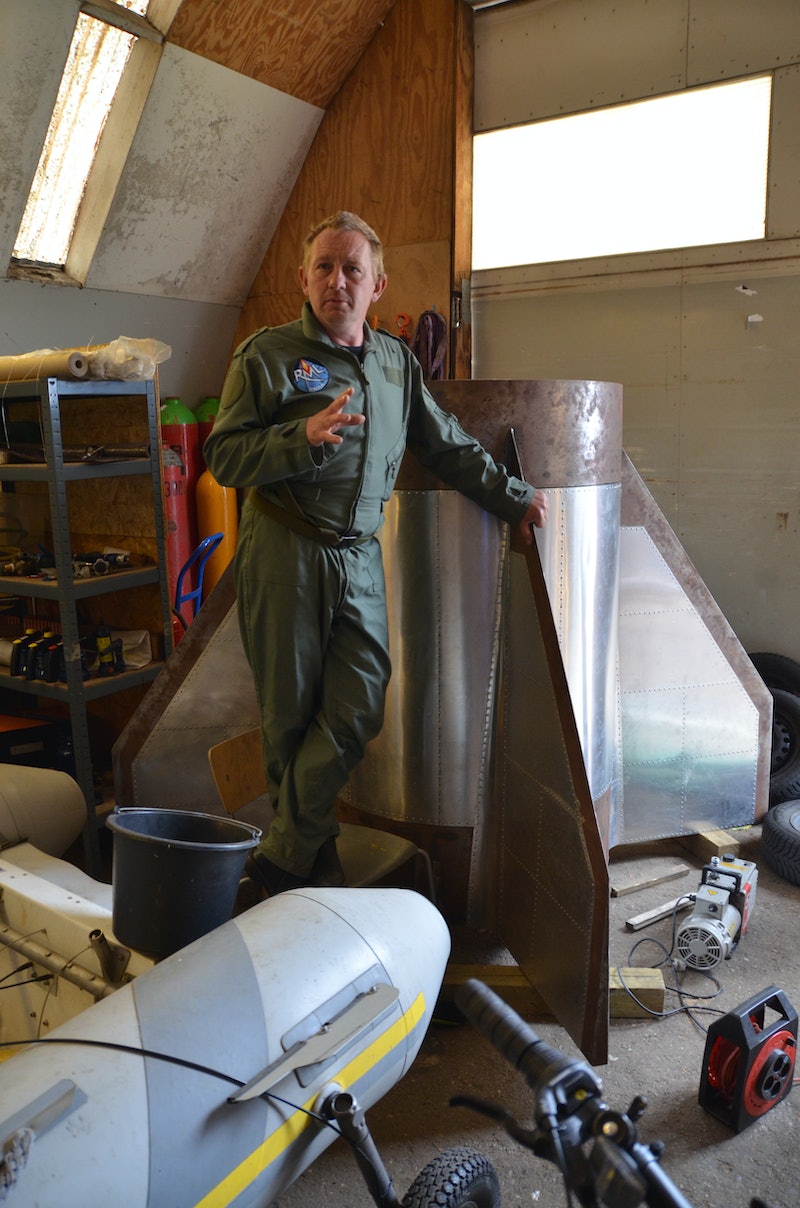 When the limited series The Investigation begins airing Monday on HBO, the ending will likely be unknown to swathes of its American audience. This wasn’t the case when the show first premiered last year in Denmark, where the 2017 killing of Swedish journalist Kim Wall by engineer and entrepreneur Peter Madsen was covered exhaustively in the news. For Danish viewers, The Investigation's focus on internal procedures rather than outcomes made sense: Everyone watching already knew that Madsen was serving a life prison term for premeditated murder.

Kim Wall’s mysterious disappearance aboard Peter Madsen’s self-made submarine captivated the international news media, which raced to keep up with the 50-year-old Dane’s constantly shifting account of what happened on the day he'd promised Wall an interview. Madsen first claimed that she suffered a blow to the head, then later insisted that she’d inhaled carbon monoxide. But despite his initial pleas of innocence, Madsen did not challenge the guilty verdict handed down in court the following year, electing instead only to appeal the life sentence that accompanied it.

In 2018, he lost that legal proceeding, with a Danish judge declaring that the life sentence was suited to the “unusual brutality” with which he killed Wall. Madsen has mostly been serving time at Herstedvester Prison, a short drive from Koge Bay, where he disposed of his victim's body. With one short interruption, that is.

On October 20, 2020, Madsen threatened a warden and brandished an object that looked like a gun at a prison psychologist as he successfully escaped the prison. His jailbreak, however, was short lived. Madsen made it only 5 minutes on the outside, and a mere 450 meters from Herstedvester, before being recaptured by police while wearing a decoy explosives belt. He could now face additional charges for both the escape and bomb threat. Under Danish law, those charges wouldn’t add time to his sentence, but could, according to the AP, affect the conditions of his incarceration. For example, Madsen could see his contact with other convicts or visits to facilities like the prison library curtailed.

Perhaps unexpectedly for a series based on true events, though, the focus of The Investigation isn't on whether or not Madsen evades jail, but on just how detectives unravelled the murderer's lies to prove his guilt. His eventual imprisonment isn't the subject of the story, but the background against which it's told.

More like this
The Dog & His Handler In 'Gunther’s Millions' Are Worth, Well, Millions
By Gretchen Smail
A New Netflix Doc Will Explore The Unsolved Murder Of Jill Dando
By Sam Ramsden
This First Look At 'The Gold' Shows Jack Lowden In A Whole New Light
By El Hunt and Sam Ramsden
Rachel Nickell’s Son Wants The Police To Take Accountability Over Errors
By El Hunt
Get Even More From Bustle — Sign Up For The Newsletter
From hair trends to relationship advice, our daily newsletter has everything you need to sound like a person who’s on TikTok, even if you aren’t.