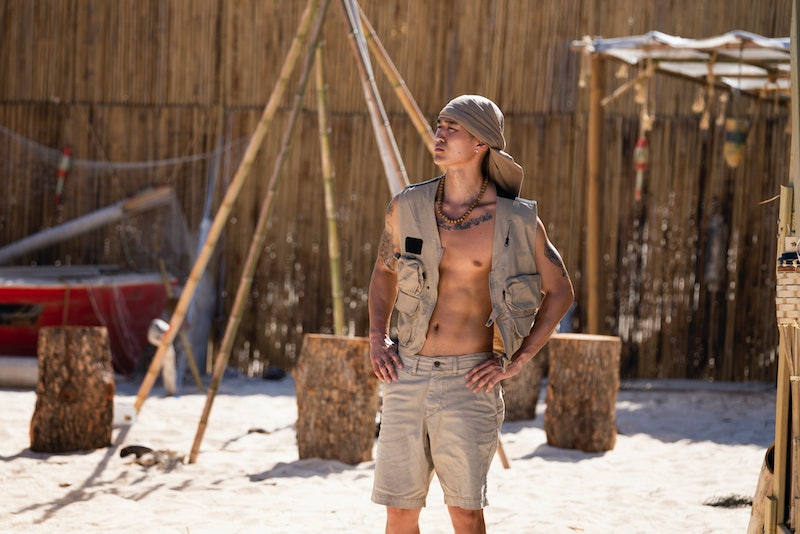 A couple weeks on a beach with a bunch of suitors might be a fun way to spend the summer, but things are a little more complicated when half of those admirers are secret jerks. That’s exactly what happens of HBO Max’s FBoy Island: three women are courted by a bunch of men, half of whom are ill-intentioned, and half of whom are nice. If the leads manage to pick a nice guy, the new couple splits a share of $100,000; if they end up selecting an Fboy, he has the opportunity to take the money all for himself.

One cast member who never even had the chance to make a decision about stealing the money was certified FBoy Peter Park, who made a short but impactful impression in Fboy Island Season 1. Now, he’s back for another shot at love (or money). Here’s everything to remember about him ahead of Season 2.

In a 2021 interview with Cheatsheet, Peter cleared up confusion about his employment. On Season 1, his job title was listed as “childcare/influencer,” which wasn’t entirely true. “Let’s get this straight. Right. I was a daycare teacher for three and a half years teaching kids from kindergarten through sixth grade,” he explained. “I was a daycare teacher too, a licensed massage therapist, and a model. Now, I don’t know where they got the influencer from because I never told them that.”

Peter seems to think that production got a hold of his Tiktok or Instagram and just ran with it. The 31-year-old is still modeling, and hoping to get into TV and film. “It’s just a matter of taking an acting class, which I’ve had before,” he said. “Other than that I’m just staying busy.”

If you’d like to get a better idea of Peter’s aforementioned modeling career, his Instagram is a decent place to start. He’s currently working for Soul Artist Agency, and Scout Model Agency, two modeling houses that operate out of New York and San Francisco, respectively. His portfolio touts his work for brands like Nike, Lululemon, Champion, Comme Des Garçons, and J. Crew. More recently, Peter shared some of his modeling for the likes of BenchBody and Saucony, as well as Allbirds, Neiman Marcus, and Jordan. When his feed isn’t full of modeling photos, Peter’s nearly 30,000 followers can get a glimpse into his affinity for selfies, nice cars, fancy suits, mirrors, and even some Times Square content featuring “the Korean papi” himself.

What Happened To Peter On FBoy Island Season 1?

Fans of Season 1 may remember just how brief Peter’s stay was last summer. As one of the more confident cast members in the villa, Peter wasted no time trying to chat up lead CJ Franco. His flirtation methods were short-lived given that CJ deduced his FBoy status within the first several sentences — it didn’t help that he suggested he and all three leads should take a nap together. Peter didn’t even make it past the first elimination ceremony — he was sent with the other eliminated FBoys to “Limbro,” the show’s version of purgatory, where FBoys to learn how to become better men (and where they participate in humorous sketches that appear throughout the rest of the episodes).

“I will say that I do miss Limbro, because Limbro was fun,” Peter told Cheatsheet after the Season 1 debut. “A lot of the show emphasizes, the bromance, and the bromance is really real. So, yeah, it’s really, really solid. Like most of the guys are really cool. We still stay in contact with one another and it truly is one thing that I got out of the show, that’s the brotherhood.”

Though whether Peter has returned to the show as an FBoy or a Nice Guy remains a mystery, here’s hoping his second stint on the island goes better than the first.