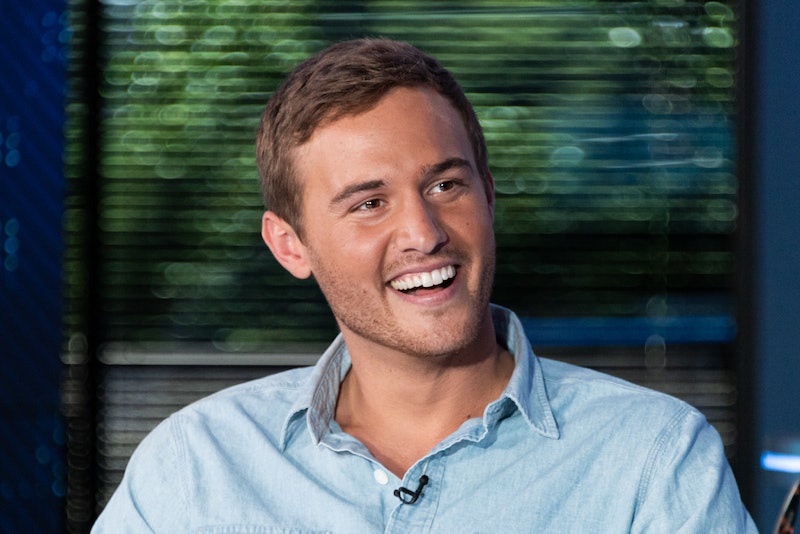 Perhaps Peter Weber and Kelley Flanagan should star in a remake of the 2001 rom-com Serendipity. On Aug. 18, Peter shared video footage of the night he and Kelly first met on Instagram. Yes, fans can finally see where they met before filming on The Bachelor even began, at the reception of the Four Seasons Westlake Village in Los Angeles. “A year ago today I met this one in a hotel lobby,” Peter wrote. “We danced the night away and then went our separate ways.”

“I truly didn’t know if I’d see her again,” his Instagram post continued. “This life is beautiful, beautiful. Let’s see what’s next.” The first slide is a video of the two dancing alongside their group of friends to Frank Sinatra’s “Fly Me to the Moon,” while the second slide is a screenshot of a text message (and a blurry selfie of the two) that Kelley sent to her friend on the morning of Aug. 18, 2019. “Jackie. I can’t believe this,” the message read. “I don't know what god is trying to say here. I have so much to tell you but you cannot say a word to anyone.” Peter’s Instagram post concluded with two clips from the couple’s time on The Bachelor.

Peter headlined Season 24 of the show which wrapped in March, and while the two had chemistry, Kelley left the season before the hometown dates. In a chaotic finale, the pilot proposed to Hannah Ann Sluss but eventually broke off the engagement to be with Madison Prewett. But! Peter and Madison called it quits less than a week after the finale. In May, following rumors the pair were involved, Peter confirmed that he and Kelley were now dating via an Instagram post.

A source told E! News at the time that two were quarantining together in Chicago — and that Peter “had an idea” that a romance would blossom. “He knew what he was doing when he first flew to Chicago,” the source said. “He was very interested in Kelley from the start, and after spending a lot of time with her, he decided he wanted to be exclusive." Peter’s video homage to Kelley comes after the attorney paid tribute to her partner ahead of his Aug. 4 birthday. “Happy early birthday to the kindest soul on this planet!” she wrote on Instagram, along with photos of the pair in front of birthday balloons. “Love you!” Sounds like it's serious.