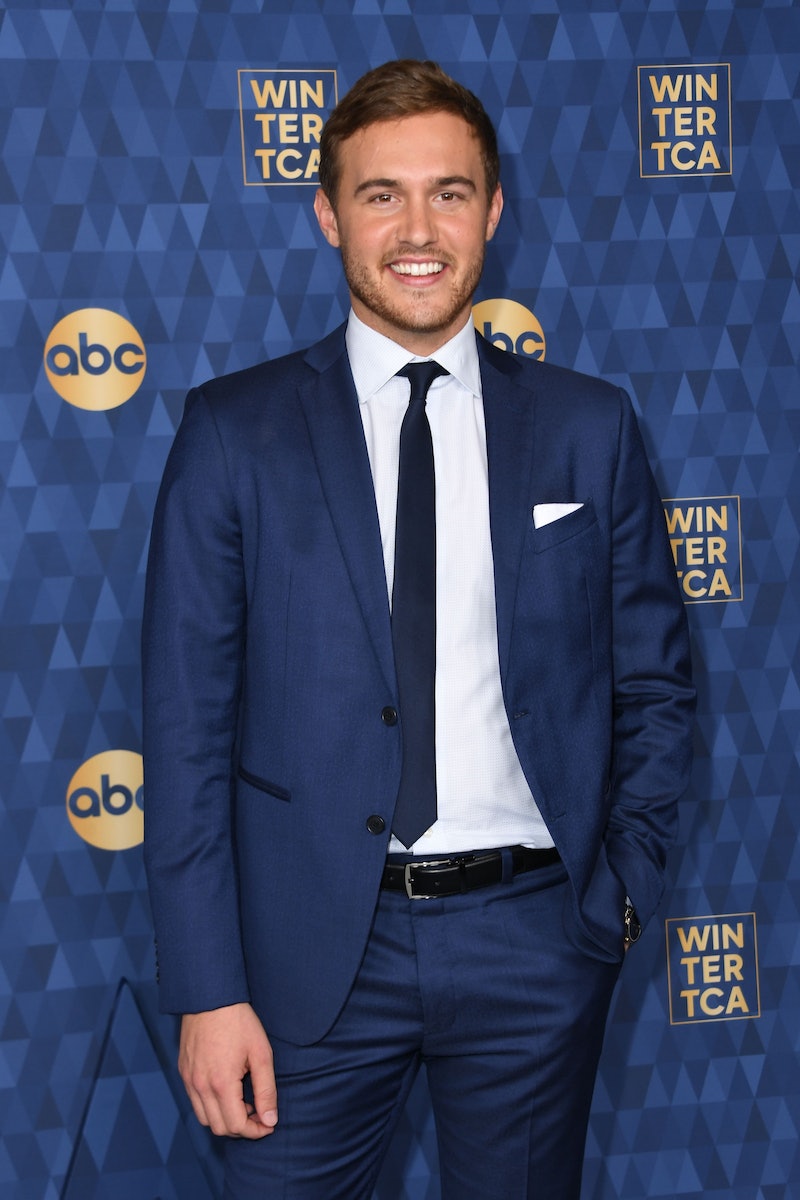 Peter Weber is standing by his friend and former Bachelor host Chris Harrison. During a recent interview with ET, the 29-year-old pilot said that although Harrison made some mistakes, removing him from the franchise after his recent racism scandal was the biggest mistake of all. “Nobody’s perfect,” the Season 24 star said. “That’s a understatement, right? Obviously, could his delivery have been a little different with comments he had made? Absolutely, 100 percent.”

Weber, of course, was referring to the offensive comments Harrison made in February when he defended contestant Rachael Kirkconnell’s racist behavior in an interview with Rachel Lindsay on ExtraTV. Shortly after it aired, viewers called for the host’s resignation. Days later, Harrison announced on Instagram that he would be “stepping aside” from the franchise for an unspecified amount of time. “By excusing historical racism, I defended it ... I am ashamed over how uninformed I was. I was wrong,” he wrote.

In March, Harrison appeared on Good Morning America, where he told co-anchor Michael Strahan that he hoped to return to the show in the future. But in June, the network announced his exit from the show. “We are thankful for his many contributions over the past 20 years and wish him all the best on his new journey,” Warner Horizon and ABC Entertainment said in a statement. Harrison later took to Instagram to express his gratitude. “I’m so grateful to Bachelor Nation for all of the memories we’ve made together,” he wrote. “While my two-decade journey is wrapping up, the friendships I’ve made will last a lifetime.”

Weber, for his part, thinks the network will come to “regret” Harrison’s exit. “If anything, the show is going to miss him,” he said, adding that ratings are slipping. “It’s sad for all parties involved. I know Chris. I know Chris is a good person and I wish him nothing but the best going forward with whatever he does, But I think the show is going to regret letting him go. I do.” The former lead added that it’s been “tough to sit back and watch.” “I think the world of Chris,” he said. He even went as far as to credit Harrison as the reason The Bachelor “grew to be as big as it has become.”

Despite missing his friend, the former Bachelor only had good things to say about Kaitlyn Bristowe and Tayshia Adams, who are currently co-hosting Katie Thurston’s season of The Bachelorette. “I think they’re doing a great job,” he told ET. “No one’s ever going to replace Chris Harrison, that’s obvious.” But still, Weber thinks the women offer “a cool, unique twist.” “It’s different, obviously,” he continued. “The whole women supporting women type thing going on there is great. Obviously they’re going to be able to offer a perspective that Chris couldn’t offer a female lead.”

When it comes to boycotting the franchise, Weber said he has no plans to stop tuning in, though he understands why some people feel compelled to. “I get why Sean’s doing that,” he said, referring to recent reports that Season 17 lead Sean Lowe stopped watching the show following Harrison’s departure. “I’m not necessarily boycotting the franchise. I still am just a fan of the show. I’ve been a fan for years... but it’s tough. I hate that there’s just so much sh*t going on with the franchise. So many people are unhappy and [there is] just so much division.”

Even with people “butting heads like crazy,” Weber said that conversations about diversity are important. “Obviously there has been an issue with diversity in the franchise,” he said. “I think we’ve taken some steps. You can’t knock that. That’s a great thing. We [have] got to keep using that momentum moving forward.” He also said that he’s hopeful that we’ll see more minorities cast in lead roles. “Inclusion is so important with all races on this show,” he said. “If there’s anyone that wants to say anything different about that, it’s just flat out wrong.”

Once these issues are addressed, Weber is hopeful that the franchise can focus on doing what it does best. “I feel like the show... was created to kind of be the exact opposite thing of that; [to] bring people together, let people live, [allow] everyone that watches it to live vicariously through this awesome platform of watching love happen,” he continued. “I just want to get back to that. That’s what matters.”