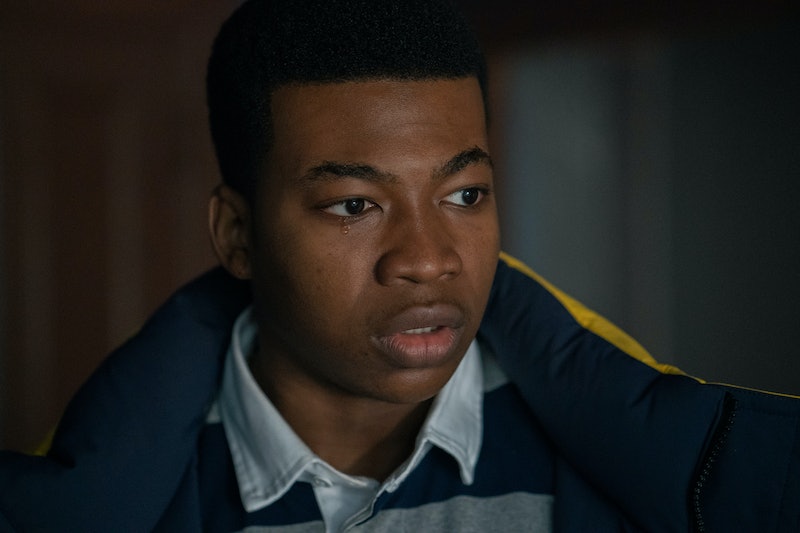 Power Book III: Raising Kanan is winding down its first season, but fans can rest assured that the show will be back. A second season of the new drama series was confirmed before it even premiered. “One season isn’t enough to tell the coming-of-age story of Kanan Stark and his mother, Raq, a fierce and successful woman who is a force of nature,” Starz President and CEO Jeffrey Hirsch said in a statement via Deadline in July, just days before the show made its debut. “The anticipation globally for more of the Power Universe made it clear that the Kanan story needs to continue.”

Indeed, the ‘90s-set, coming-of-age Power prequel, which stars Mekai Curtis as a younger version of 50 Cent’s Power character Kanan, has only just begun to dive into the history of the titular character’s ascent up the ranks of his mother’s business. “What we have thought about is that by the end of however many seasons this is, you will have a full and complete sense of how Kanan Stark became Kanan Stark,” series creator and showrunner Sascha Penn told Entertainment Weekly amid the renewal news. “How far does that take us? I think that’s to be determined. But I do think that the goal of the series is to understand how we get from this somewhat wide-eyed, fresh-faced kid that you meet in that first episode to Kanan Stark who comes out of prison in the Pelle Pelle jacket and immediately starts f*cking destroying everyone who gets in his path in Power.”

Here’s everything else to know about Raising Kanan’s upcoming second season.

Starz has yet to announce a premiere date, but producer and writer Mike Flynn tweeted on July 19, “Y’all know we ‘bout to start filming Season 2.” (At least one New York City resident tweeted the following month that they spotted the crew filming on their block.) Although Raising Kanan doesn’t yet have an established release schedule, the second season of its sister show, Power Book II: Ghost, is slated to premiere a little more than a year after its premiere. If Raising Kanan follows suit, fans can expect to see the series return sometime in late summer 2022.

Raising Kanan executive producer 50 Cent also recently hinted that “there’s a possibility” that young versions of Ghost and Tommy (played in Power by Omari Hardwick and Joseph Sikora) and Breeze, the infamous drug kingpin who died well before the events of Power, could appear in the second season. “Not before the end of this season, but ... those characters could possibly pop up in Raising Kanan,” the Grammy-winning rapper recently told the UK’s Daily Express.

As the title suggests, however, Kanan will remain the focus. “We’re already on a journey, it explains the monster you saw in me playing Kanan,” he said. “The trauma, everything he’s gone through.”

A trailer for Raising Kanan Season 2 is still forthcoming. Starz released the official Season 1 trailer about a month ahead of the premiere date, but there’s sure to be some teasers between now and then. This post will be updated as more information becomes available.

More like this
Everything To Know About 'Cobra Kai' Season 6
By Brad Witter
The OG Power Rangers Are Returning For A Spandex-Clad Special
By El Hunt
Netflix Shut Down 'Bridgerton' S3 Rumours About A “Very Dark” Storyline
By Bustle
The 'Gossip Girl' Reboot Creator Is “Looking For A New Home” To Air A Potential Season 3
By Brad Witter
Get Even More From Bustle — Sign Up For The Newsletter
From hair trends to relationship advice, our daily newsletter has everything you need to sound like a person who’s on TikTok, even if you aren’t.