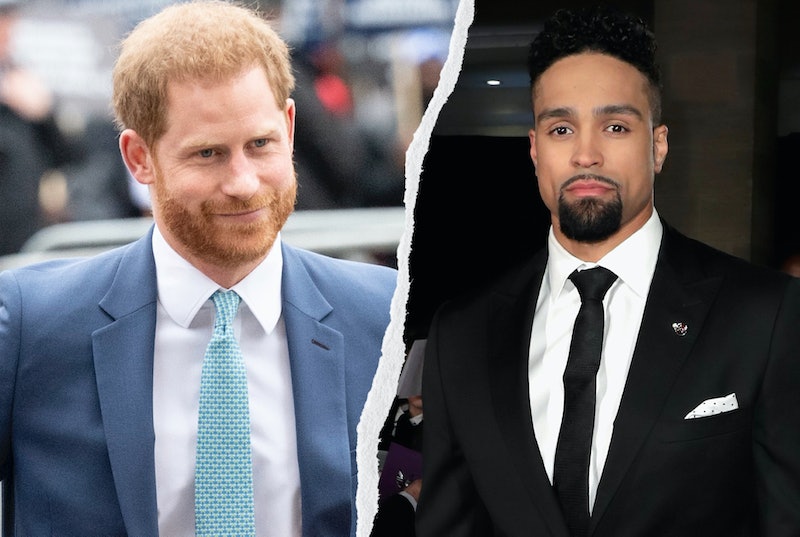 Prince Harry revealed he had a "good chat" with Ashley Banjo following Diversity's Britain's Got Talent performance which sparked more than 20,000 complaints to Ofcom. In a video call with the Evening Standard (Sept, The Duke Of Sussex backed the group's Black Lives Matter performance for its "amazing display."

"We spoke to Ashley Banjo a few weeks ago, straight after the Britain’s Got Talent situation," he shared during the candid interview. And that in itself, I am sure even me talking about it will be controversial, but the reality of it is he and his team of guys put on the most amazing display."

The dance, which was aired on Saturday 5 September, detailed many of 2020 themes including the current pandemic. The dancers also referenced police brutality in the U.S. and the murder of George Floyd at the hands of Minnesota police officers. Following the backlash, Diversity's Ashley Banjo and fellow dancer Jordan Banjo spoke out about the abuse they received following the performance.

“We had such a good chat with Ashley. He was really strong, he felt great about it, but at the same time he was concerned because of the reaction," said Prince Harry. Speaking over Zoom from their home in Santa Barbara, California, Prince Harry admitted the "real surprise" was the volume of complaints following the landmark show.

Complaints flooded into Ofcom complaining of the performances "political" nature with some suggesting the themes of violence and racism were "inappropriate for family viewing." On Sept. 17, 2020, Ofcom announced it would not be pursuing BGT complaints, writing that "[i]ts central message was a call for social cohesion and unity. I am very glad Ofcom made the decision that they did but that in itself kind of proves how much this conversation needs to continue," continued Prince Harry.

Prince Harry's comments came part of a wider conversation about Black History Month. In the interview with Evening Standard, Meghan Markle and Prince Harry spoke about their list of Black History Month NextGen Trailblazers. Harry said of the initiative: "Now is the best time for us to start a conversation and introduce people to the black community that is making a massive difference."