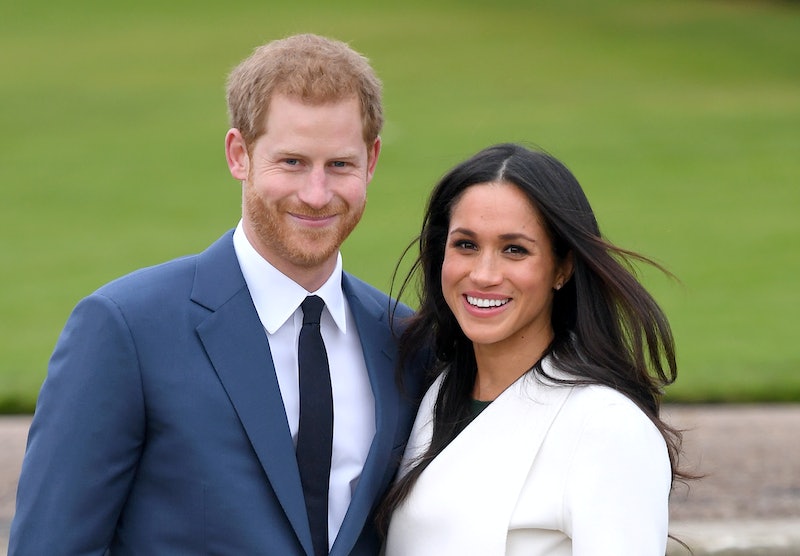 Now that the Duke and Duchess of Sussex have moved to Los Angeles and said goodbye to their official royal duties, Prince Harry and Meghan Markle have signed a deal with Netflix. The New York Times reported on Sept. 2 that Harry and Markle are making a major move in Hollywood, and are set to produce educational projects for the popular streaming service through their own (currently unnamed) production company. Specifically, they'll focus on documentaries, docuseries, feature films, scripted shows, and children's programming — so, basically everything except for reality TV.

"Our focus will be on creating content that informs but also gives hope," Harry and Meghan said in a statement. "As new parents, making inspirational family programming is also important to us." The couple also noted that Netflix's "unprecedented reach will help us share impactful content that unlocks action." They are the second major power couple to obtain such a deal at Netflix, following in the footsteps of Barack and Michelle Obama.

It's unclear if Harry and Markle will appear in any of the content they produce exclusively for Netflix. Seeing as Markle has a background in acting (she starred in Suits for seven seasons) and Harry appears in the new Netflix documentary, Rising Phoenix, about the Paralympic Games (he founded the Invictus Games), they are certainly not unfamiliar with the idea of being on camera. As for what topics the two want to tackle, it seems like a safe bet that the former royals will set their sights on issues they are already passionate about. Harry, for example, previously partnered with Oprah Winfrey for an Apple TV+ docuseries about mental health, a topic he could further explore with Netflix.

Back in August, Variety reported that Markle and Harry were "quietly shopping an idea for a project around town." They reportedly had meetings with different networks, including NBCUniversal. And a source reportedly "close" to Markle also informed Variety that she wouldn't be acting in the project the two were pitching. It's unclear whether this rumored project is what caught Netflix's attention, but whatever the case, the streaming service is happy to be working with the power couple. "We’re incredibly proud they have chosen Netflix as their creative home and are excited about telling stories with them that can help build resilience and increase understanding for audiences everywhere," Netflix’s co-chief executive and chief content officer, Ted Sarandos, said in a statement.

Harry and Markle have repeatedly made it clear that they want to do more good in the world, while supporting themselves independently from the British royal family. When they announced their exit from the House of Windsor in January, their statement read in part, "We intend to step back as 'senior' members of the Royal Family and work to become financially independent, while continuing to fully support Her Majesty The Queen." Well, as proven in their latest joint venture with Netflix, it seems they're doing exactly that.