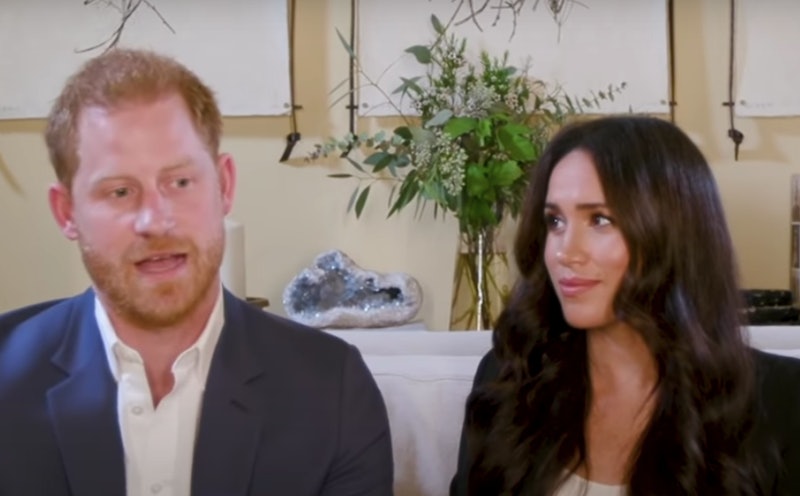 On Oct. 20 Prince Harry and Meghan Markle were guests hosts on Time 100 Talks. In their episode they spoke about how to tackle the negativity that social media can bring and how to live happily in a digital world. As well as speaking to experts like Reddit’s co-founder and their close friend Alexis Ohanian, they also revealed to Time that they think lockdown has changed the way we communicate and check in with our loved ones to keep an eye on their mental health.

At the beginning of the Times 100 Talks episode Prince Harry and Meghan spoke to Edward Felsenthal, editor in chief of Time. Prince Harry said he felt that the last few months have been a rare moment where people have really taken the time to connect with each other and meaningfully check in with how they’re feeling.

Prince Harry said, “When people ask: 'How are you?' I sense, you know, it's a case of 'Really, how are you?' Before this year, I think everyone sort of throws that term around and everyone's satisfied with a 'Yeah, I'm good. I'm fine, thanks.' And then it's moving on to something else. But I think you're quite right. This year, more so than ever, it really is a question of 'No, no, no. Actually, how are you?'”

Meghan agreed, and said as everyone is coming to terms with the pandemic and restrictions “We're trying to embrace all of the quality time we get with our son right now and to not miss a single moment of his growth and development, which has been really special."

The episode was shot in Prince Harry and Meghan’s home in Santa Barbara where they’ve spent most of the lockdown as a family. As well as discussing the positive things to come of the last few months they used their episode to debate how to make social media and the internet “healthier and better for all of us.” The pair have spoken out publicly about the harm that negativity and bullying online can do and supported the #StopTheHateForProfit Facebook ad boycott in June 2020.

It’s been reported that moving the tech and digital industry in “a more humane direction” is one of the key aims of Meghan and Prince Harry’s foundation, Archewell. They said this includes tackling hate speech online and supporting mental health in a digital era.