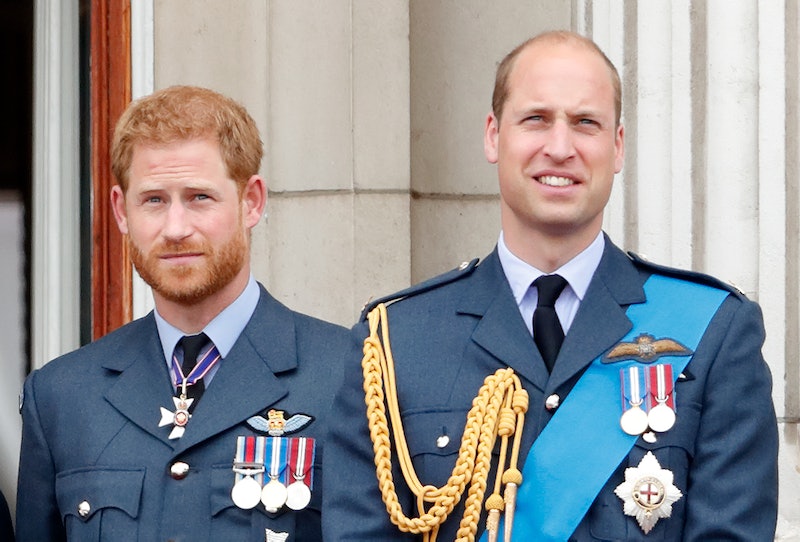 Earlier this year, Prince Harry and Meghan Markle stepped down from their royal duties and moved first to Canada and then the the United States. Despite living in a different country, they’ve remained committed to supporting charitable projects in the UK. Princes William and Harry had previously represented charities together, but, as Harry has given up his royal titles and responsibilities, they’ve had to negotiate separating their work. As part of this, Princes William & Harry have split Princess Diana’s Memorial Fund between them.

During her life, Princess Diana supported many worthy causes, and her memorial fund still brings in donations. As a result of Meghan and Harry's departure from the royal family, William and Harry had to decide what to do with the foundation's proceeds. According to The Guardian, financial documents detailed how the brothers had agreed to split the proceeds of the fund between them to continue with their charitable work separately. This was signed off in December by the Royal Foundation of the Duke and Duchess of Cambridge and the Sussex Royal Foundation, which is no longer in use. This happened a month before Prince Harry and Markle announced that they’d be stepping back from royal life.

While the Princess Diana Memorial Fund no longer actively fundraises, reports say it still receives donations and legacies. In April 2013, the Royal Foundation took over legal control and money was distributed to charities chosen by Prince Harry and Prince William. It’s been said that in 2019 the Royal Foundation received £21,346 from the memorial fund.

As Prince Harry and his family have now removed themselves from the Royal Foundation, any money will be split. While the Sussex Royal Foundation has been abandoned, Prince Harry and Markle announced that they’d be setting up a new charitable foundation, Archewell. Named after their son, they said they want to support causes around the world. Elle reported that Prince Harry will donate any money he receives to Sentebale, a charity he founded to help victims of extreme poverty and HIV/AIDS in Lesotho, Botswana, and Malawi and a cause that was very close to his mum's heart.