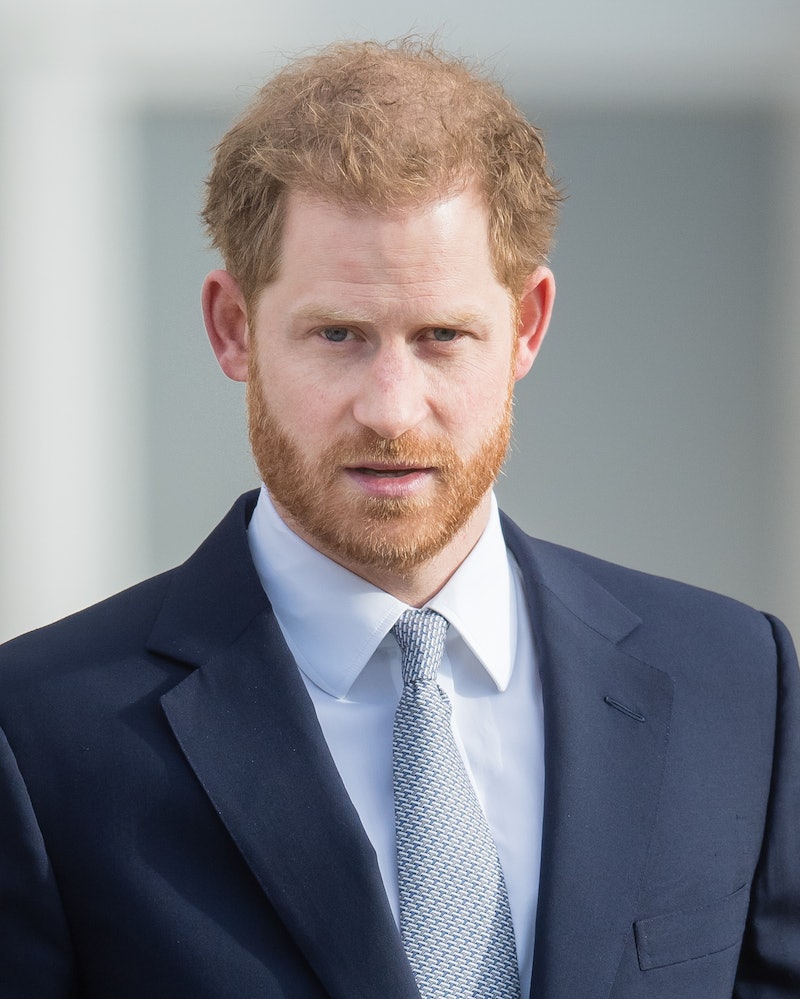 In The Me You Can’t See, Harry said he used to consume a week’s worth of alcohol in one day, and admitted to a willingness to take drugs in order to “feel less like I was feeling”. The 36-year-old also spoke of his experiences with anxiety and panic attacks when he was senior royal, and described the period when he was aged 28 to 32 as a “nightmare time”.

He admitted that his heavy drinking was driven not by enjoyment, but “because I was trying to mask something”. He said he was “all over the place mentally”, was constantly in “fight or flight mode”, and “pouring with sweat” whenever he had to carry out royal duties.

Prince Harry also described the experience of his mother’s funeral in 1997: “The thing I remember the most was the sound of the horses' hooves going along the Mall... It was like I was outside of my body, and just walking along doing what was expected of me. Showing one tenth of the emotion that everybody else was showing. This was my mum, you never even met her.”

Prince Harry old Oprah that other members of the Royal Family had told him to “play the game”, so that “life will be easier”. In response, he said, “I've got a hell of a lot of my mum in me... I feel as though I am outside of the system, but I'm still stuck there. The only way to free yourself, and break out, is to tell the truth.”

Prince Harry also revealed that it was being with Meghan Markle that led him to the decision to begin therapy. “It was meeting, and being with Meghan... I knew that if I didn’t do the therapy and fix myself that I was going to lose this woman who I could see spending the rest of my life with,” he said.

“I quickly established that if this relationship was going to work, then I was going to have to deal with my past, because there was anger there,” he continued. “And it wasn’t anger at her, it was just anger and she recognised it. She saw it.”

Speaking about their son, Prince Harry said that there is a picture of his mother in Archie’s nursery, and one of his first words was “grandma Diana”.

“It was one of the first words that he said — apart from mama, papa, it was then grandma. Grandma Diana,” he shared. “It's the sweetest thing, but at the same time, it makes me really sad because she should be here.”

He also spoke about Meghan’s mental health struggles, in relation to his mother. Back in March, Meghan had told Oprah that she had “suicidal thoughts” when pregnant with Archie, and that she then believed death “would have solved everything for everyone”. Prince Harry has now said that the reason his wife didn’t take her own life, was because she didn’t want him to lose another woman.

“The thing that stopped her from seeing it through was how unfair it would be on me after everything that had happened to my mum, and to now be put in a position of losing another woman in my life, with a baby inside of her, our baby," he said.

Prince Harry continued: “That was one of the biggest reasons to leave, feeling trapped and feeling controlled through fear, both by the media, and by the system itself, which never encouraged the talking about this kind of trauma. Certainly now I will never be bullied into silence.”