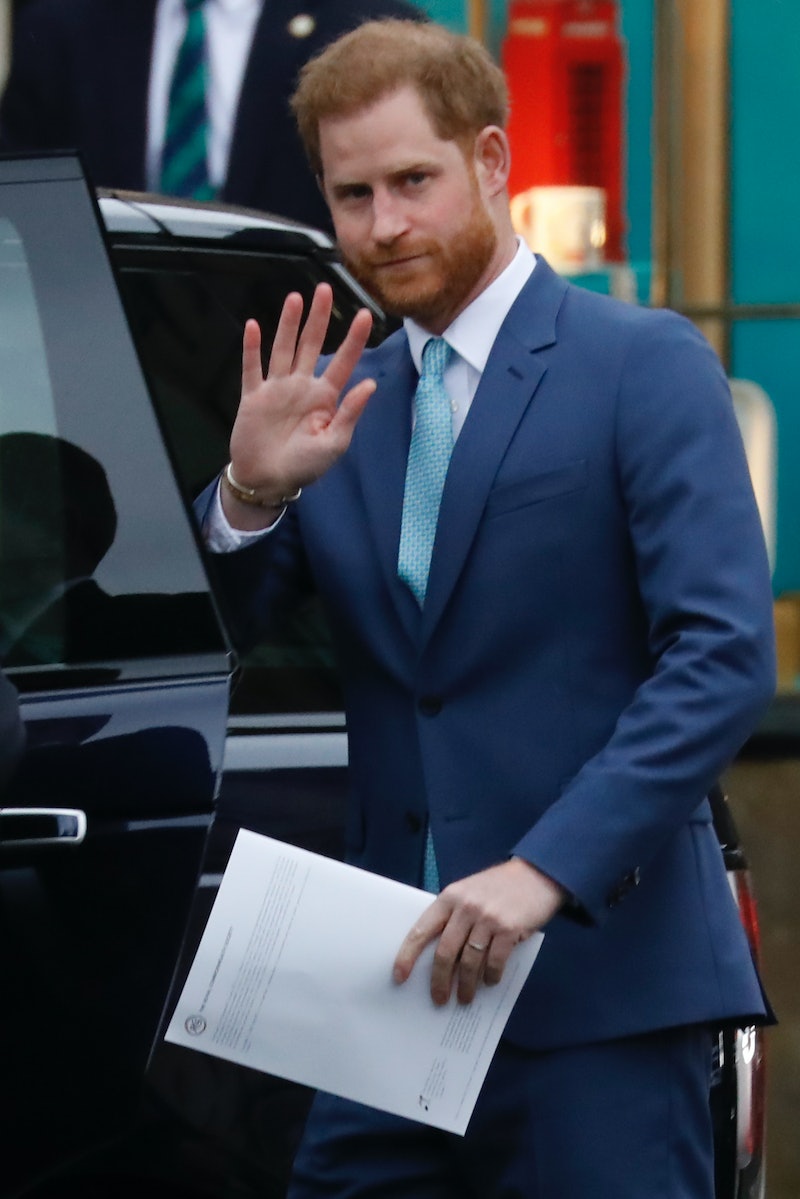 Joining the ranks of numerous other movie and TV projects, Prince Harry's Apple TV+ mental health docuseries has been delayed amid the pandemic and is now expected to premiere in the spring. The joint production with Oprah Winfrey was originally scheduled to air in April 2020, but the timeline has needed to be adjusted multiple times. It was reportedly pushed back due to a combination of factors, including COVID-19 restrictions, Harry and wife Meghan Markle's royal exit, and the couple's move to the United States, according to The Sun.

As of now, Winfrey and the Duke of Sussex's mental health-focused show does not have an official release date. A source reported the latest target to The Sun, telling the publication that the documentary series' postponement wasn't announced earlier as "delays never look good." The project is in good company, however, as the COVID-19 crisis has forced a multitude of production delays across the entertainment industry over the past several months.

In April 2019, Prince Harry and Winfrey announced the multi-part documentary on the Sussex Royal Instagram, with a statement saying that the two "have been developing the series for several months and are looking forward to sharing such an important project." The series was described as a dynamic look at "both mental illness and mental wellness, inspiring viewers to have an honest conversation about the challenges each of us faces." The Sussex Royal Instagram post also noted that the show would delve into "how to equip ourselves with the tools to not simply survive, but to thrive."

The highly anticipated series is expected to be a natural continuation of Prince Harry's mental health advocacy. In 2016, the duke co-founded an organization with Prince William and Kate Middleton called Heads Together, aimed at ending the stigma around mental health issues. As part of a 2017 awareness campaign, Harry opened up about his own struggles that occurred in the wake of his mother's death, saying he has been "very close to total breakdown on numerous occasions," according to Forbes.

While the mental health docuseries' production is delayed, Prince Harry and Meghan have been busy with a variety of other media projects. In December, the Duke and Duchess of Sussex launched the Archewell Audio podcast in partnership with Spotify, which they will host as part of a multi-year deal with the platform. The Sussexes also signed a multi-year deal with Netflix in September 2020, where the couple is expected to produce new TV series, films, and children's shows, according to The Guardian. Even so, it's unlikely Prince Harry will let an issue so near to his heart go unaddressed, and production on the mental health documentary is expected get back on track this year.