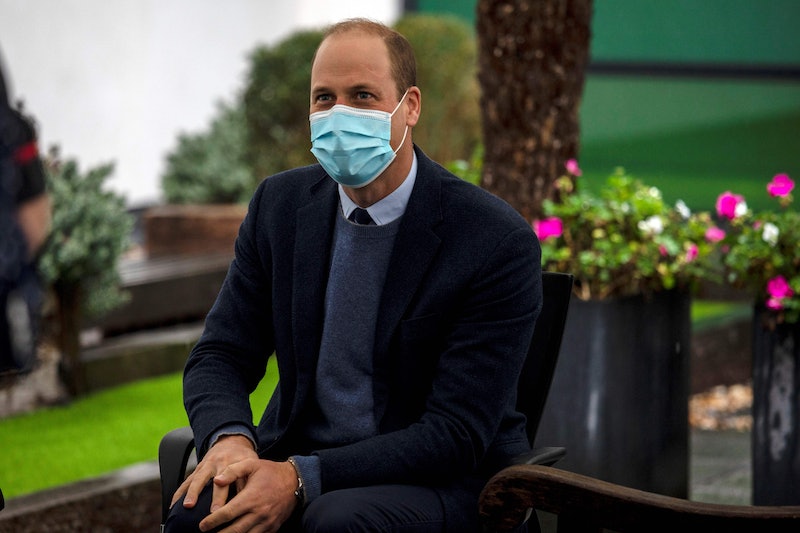 Palace sources have revealed today that Prince William reportedly tested positive for COVID. According to The Sun, William didn't share his test results at the time as he "didn't want to worry anyone" and emphasised that there were "more important things going on." BBC royal correspondent Jonny Dymond believes that his condition wasn't disclosed as William and the palace "may have wanted to avoid further alarm, given the national mood" and also preserve privacy. Kensington Palace has yet to officially respond to these reports.

The Duke of Cambridge "was treated by palace doctors, and followed government guidelines by isolating" at Amner Hall in Norfolk, per The Sun. Despite reportedly suffering from breathing difficulties, he and the Duchess of Cambridge continued to carry out public engagements online throughout April. "As a result of his own experiences, [William] realises that absolutely anyone can catch this awful disease," a source told The Sun, "and knows how imperative it is that we all take this second lockdown seriously."

William's father Prince Charles tested positive for COVID-19 a week or so before his son is said to have. Speaking to NHS workers at his and the Duchess of Cornwall's first face-to-face public engagement back in June, Charles told one frontline worker that he still hadn't got his taste or sense of smell back.

"I was lucky in my case... but I've had it, and I can understand what other people have gone through," he told Sky News on June 3 (via the BBC). "I feel particularly for those who have lost their loved ones and have been unable to be with them at that time. That, to me, is the most ghastly thing." He continued: "But in order to prevent this happening to so many more people, I'm so determined to find a way out of this."