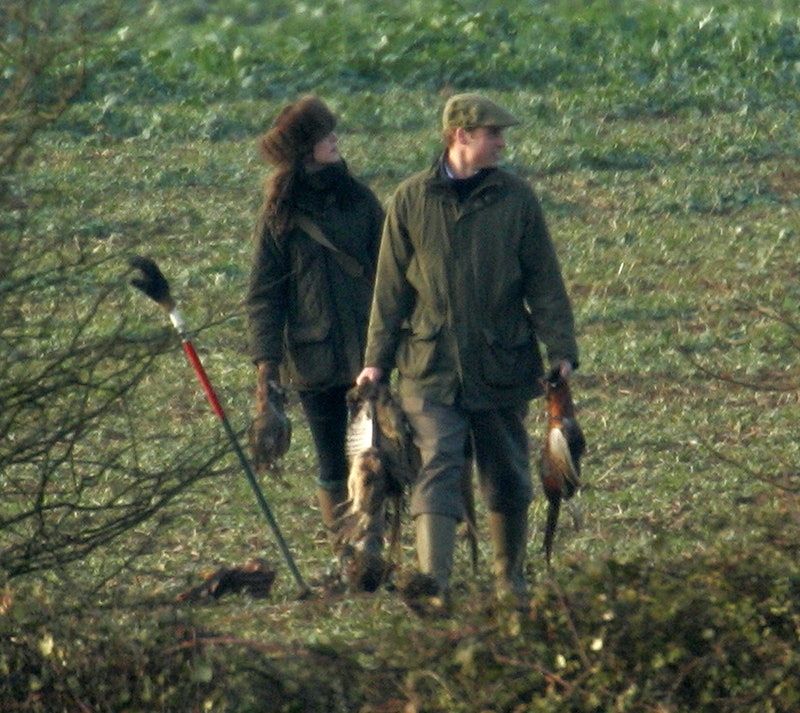 Prince William is facing calls to reform game shooting and hunting at Sandringham after a protected bird was killed on the 20,000-acre estate, owned by his grandmother, the Queen. The protected bird, a small owl, was found killed in a Fenn trap – commonly used on shooting estates to kill rats, squirrels, and weasels, which eat the eggs of pheasants and partridges – set by gamekeepers on the Norfolk estate.

Investigators from the National Anti-Snaring Campaign reportedly visited Sandringham on Dec. 8 and claim to have found “dozens” of similar Fenn traps set at ground level, says the Times. Although the Fenn traps themselves are perfectly legal, and a Norfolk police spokeswoman said that no offences were committed when the bird was accidentally killed, the Duke of Cambridge, who became patron of the British Trust for Ornithology in October, has been urged by campaigners to take action over the incident.

The Queen also traditionally hosts a pheasant shoot at Sandringham for members of the royal family on Boxing Day, although this year the monarch will remain at Windsor because of the pandemic.

Prince William became patron of two wildlife conservation charities after taking over the duties from the Queen and the Duke of Edinburgh two months ago: Fauna & Flora International (FFI) and the British Trust for Ornithology (BTO). As a result, the royal is facing growing calls from campaigners to address hunting practises and wildlife management, such as the trapping of wild animals to protect shooting interests, on the Queen’s Sandringham estate.

BBC wildlife presenter Chris Packham has spoken out about what he sees as the hypocrisy of having Prince Charles and William be patrons of animal charities, and purveyors of environmental issues, when situations like this are happening on royal land, and called for the royal family to take the lead in reforming game shooting to limit the damage to nature.

“It is disappointing that this has happened at Sandringham which ought to be setting a gold standard in terms of shooting practices,” he said. “As much as people like myself do not like the trapping of wild animals to protect shooting interests it is still legal in the UK. If Sandringham is making a mistake and getting away with it, it does not send a good message to other estates.”

An investigation did not take place, but reportedly RSPCA gave advice to Her Majesty’s head gamekeeper to prevent this happening again. A spokesperson for the animal charity told The Independent: “We are opposed to these traps and we advocate the use of non-harmful methods of deterring animals.”

A Sandringham Estate spokesperson said: “As a working estate, Sandringham adheres to all the appropriate standards and regulations required.”