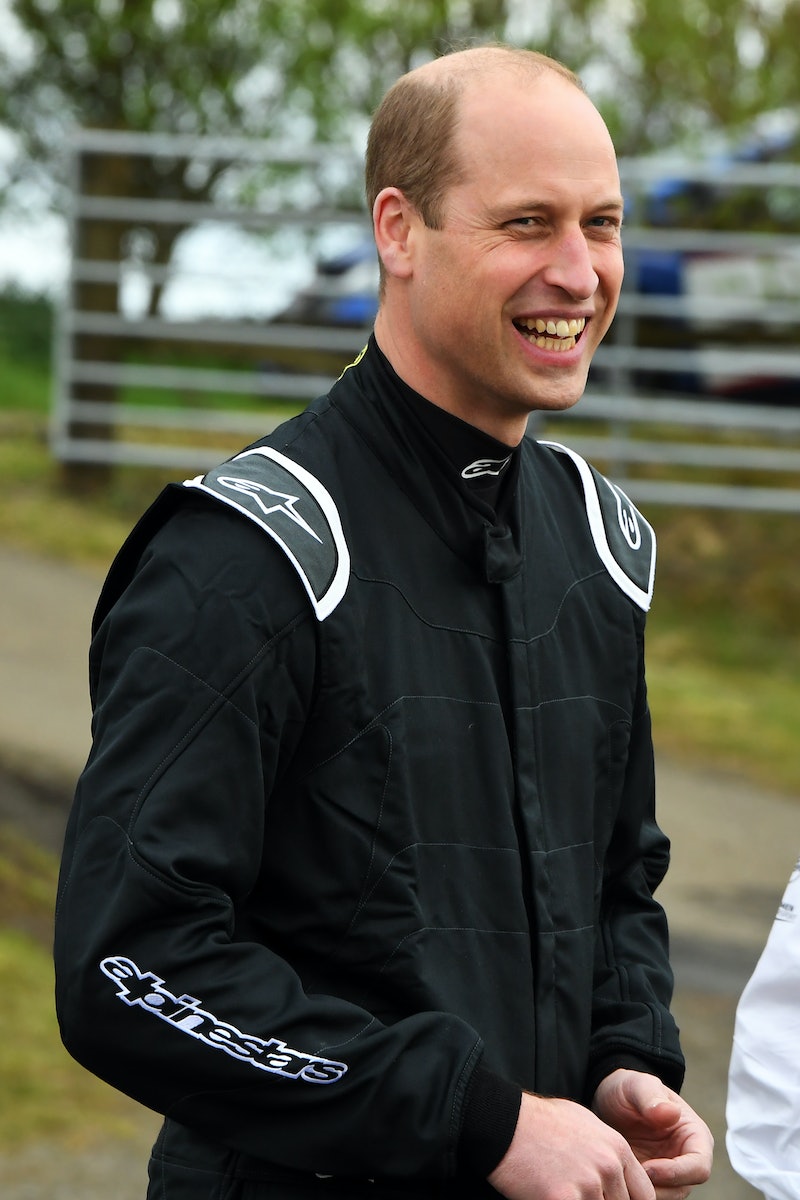 Royal tour activities don’t always seem like work. Prince William hit up Knockhill Racing Circuit on Saturday, May 22, where he tried out the Odyssey 21, a fully electric SUV used in the Extreme E race series. After the Duke of Cambridge’s masterclass with European Ladies Rally Champion Catie Munnings, they took a spin and she dubbed the royal “a natural behind the wheel.”

The prince’s excursion was documented by the Cambridges’ Instagram account, as well as Munnings’ and Extreme E’s. The photos showed William decked out in a racing suit as he interacted with the team and took to the driver’s seat. Extreme E’s post noted it was “great to have him,” and then warned Munnings’ partner Timmy Hansen that she has “a new teammate.” Meanwhile, Munnings also enthused about the experience in her caption, calling it “a real pleasure” to meet William.

“It was amazing to sit with him while he tried the @extremeelive car, and then take him for some laps too! A natural behind the wheel,” she added.

Though it looked like pleasure instead of business, they were, in fact, there to promote a good cause. Extreme E holds races in remote parts of the world that are affected by climate change to call attention to the ongoing and growing problem. It’s an issue that has been one of William’s major priorities.

The next stage, the Ocean X Prix, is coming up fast, and will run from May 29 to May 30 in Lac Rose, Senegal. The drivers will be challenged with sandy terrain that surrounds a beautiful saltwater lake. The area, however, is suffering from rising sea levels.

While the race doesn’t sound like an easy one, Munnings told The Scottish Sun that she thinks her royal protégé is “ready to enter one.” She also said that she “was really surprised by his car control and he turned up the power as well to almost the max of what we can do in the Extreme E car.” The duke seemed to be thinking along those lines, because he told the team he was “going to apply for a job” with them.

Given that William is currently second in line for the British throne, the chances of him throwing aside his current gig for a career as an extreme race car driver are basically nil. Still, his interest in fighting climate change may give him another excuse to enjoy their electric cars at a later date. CEO and founder Alejandro Agag seemed very open to that idea, saying in a statement, “Perhaps a guest racing appearance in Extreme E beckons in the future!”