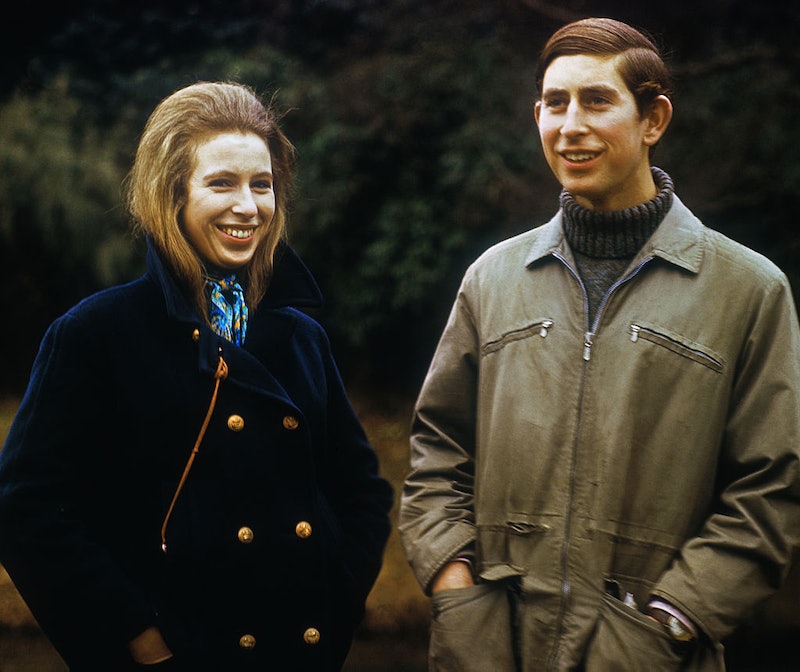 Princess Anne's 70th birthday celebrations have given the British public no end of joy, further reinforcing our widely held belief that she is not just the hardest-working royal, but also a living legend. To mark her landmark birthday, ITV aired a special documentary entitled Anne: The Princess Royal at 70, revealing more than a few iconic royal nuggets.

Among them, of course, was that brilliant video call between Anne and The Queen. Absolutely priceless. But another anecdote that has caused widespread talk has been the Princess's reaction to The Crown, and more specifically, her hairstyles in the Netflix show.

The Princess clarified that she did not watch the whole show, but did catch some of the earlier episodes when it first aired on Netflix in 2016. And while she didn't reveal much about what she thought about the characters, plot-line, or drama in the series, she did pass comment in the most Princess Anne way.

Referring to Erin Doherty, who plays the Princess in The Crown, Anne said: "Actually I read an article the other day about the, I don’t watch Netflix and The Crown, but the actress was talking about how long it took them to do their hair like I did."

Anne was referring to comments made by Doherty in a Town & Country interview, in which she said that "makeup literally took 10 minutes, but hair, sometimes it would take two hours."

She continued: "It's its own beast. Literally, I would sit in the chair, people would come in and go and come in and go, and I sat still in the same place. But it was so necessary for her character because it felt like her hair and her fashion were the way that she was able to express herself in the confined, controlled environment that she grew up in."

The time it took to create the look could be down to the fact that stylists had to capture Anne's thick hair texture and volume, which was done through creating a 'ladder wig' that was clipped in to Doherty's natural hair.

For more brilliant moments like this one, you can watch the documentary about Princess Anne in its entirety on the ITV Hub.