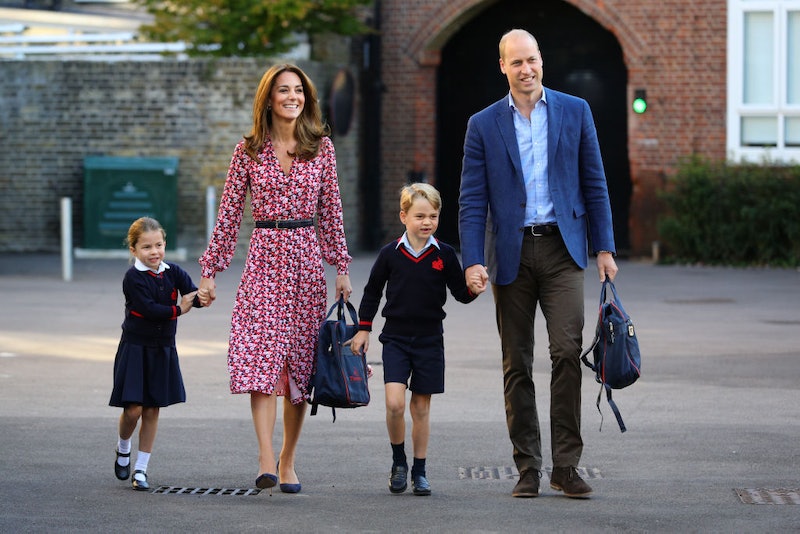 Back to school has a very different feel this year. The pandemic has forced families up and down the country to adapt to home schooling and new ways of working – the royals included. Zoom appearances aside, Kate Middleton and her family have been looking for different ways to keep busy, including returning to a few favourite haunts. Top of the Cambridge's list? A pottery painting shop in Norfolk, where Prince George and Princess Charlotte have literally left their mark.

After Kate's Royal Closet revealed that the Cambridge's visited Mable’s Paint Pot in Norfolk's Burnham Market, royal watchers dove straight in. The fruit of their labours: a darling post shared back in March, before lockdown even began, which shared the handprints and "signatures" of the young royals.

"Spent the afternoon pottery painting – so much fun! Kate Middleton, Prince George, Charlotte & Louis were also here on Saturday!" read the Instagram post. Pictured are three hand prints in green, blue, and yellow; signed by "George, 6" and "Charlotte, 4". (Charlotte's backwards twos are adorable, as are her cross-like take on the letters 't').

Of course, plenty of analysis has gone into the young royal's handy work. The slanting on Charlotte's name, in particular, has attracted a fair bit of attention. A sign she is left handed? Perhaps. Though the beady-eyed among commentators also note that the handprint was made with her right hand, so potentially not.

Speaking on one of her many zoom calls of late, Kate opened up about the adjustments they've made as a family during the pandemic. "It’s been ups and downs, probably like lots of families self-isolating. We’ve kept to a pretty strict routine here at home. That’s massively helped us all actually." Prince William, joking, added: "Yeah, home schooling’s fun…"

Lucky then, that the youngsters are likely to be heading back to school.