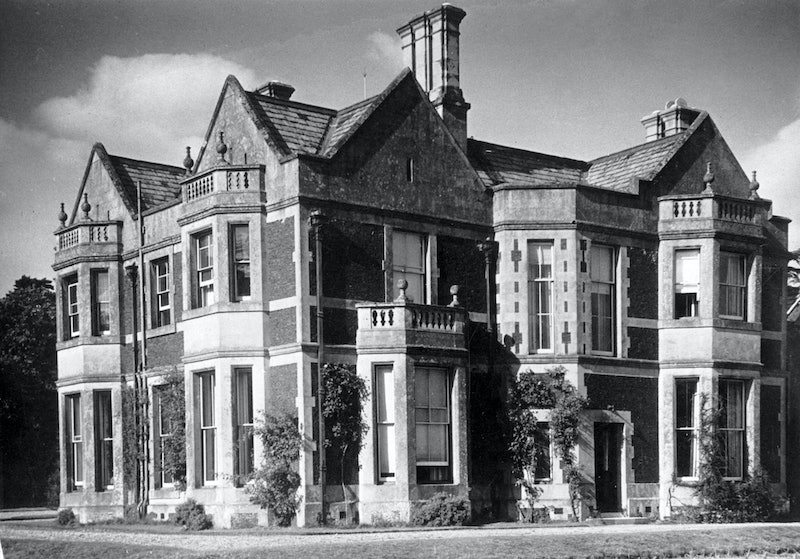 Famously, every year, the royal family gathers for Christmas at their opulent Sandringham Estate in Norfolk, England — and the holiday season depicted in Spencer is no different. But in the movie, another storied abode looms like a shadow nearby: Princess Diana’s childhood home, Park House.

The building is in disrepair during the film, but Diana longs for it — and the simplicity of her early years — all the same. Spencer screenwriter Steven Knight believes its memory would have made Diana’s fateful royal holiday all the more difficult. “Sitting there derelict on the estate,” Knight told The Telegraph, Park House presented a painful reminder of the past. “It’s as if all her demons had been invited.”

Park House was originally designed in 1863 for King Edward VII, and built on the Sandringham grounds. Much later, though, the property would be leased out to the Spencer family. Diana was born at Park House in 1961 and spent the first 14 years of her life there, per BBC. Her former au pair, Inge Crane, told CNN that Princes Andrew and Edward would sometimes swim in the house’s pool, as it was just a mile’s walk from the main house.

Since Diana moved to another home, Althorp Park, just a year before she met Prince Charles, Park House was the last place she lived before becoming personally connected with the royal family — making it a symbol of a idyllic past, and a ready metaphor for Spencer.

During the events Spencer, which takes place in the early ’90s, Park House is shown to be practically condemned, and in desperate need of restoration. Fortunately, the historic home did ultimately get that restoration — and it actually happened a little earlier than the film depicts. In 1983, Queen Elizabeth donated the property to Leonard Cheshire, a disability-focused charity and one of her patronages. By 1987, Park House had undergone repairs and was serving as an accessible retreat for visitors with disabilities and their families.

Diana’s legacy can be seen in contemporary photos of Park House Hotel: One picture from the hotel’s Facebook even features a framed image of the princess, hung atop a Christmas fireplace.

Telegraph travel writer George Crofton stayed at the hotel in 2016, taking note of the property’s 16 wheelchair-accessible rooms, a high-dependency bathtub, and other features. “I was shown the bedroom where [Diana] was born,” Crofton wrote, “and as I sat by the window gazing out at the view across the gardens and Sandringham cricket pitch looking glorious in the sunshine, I was struck by how peaceful and relaxing an environment I found myself in.”

However, the fate of the historic home-turned-hotel is unclear today. Per Leonard Cheshire, challenges in the “current fundraising environment,” as well as the effects of COVID-19, recently disrupted the charity’s plans to invest in hotel redevelopment, and “it’s been proposed to discontinue the redevelopment and work with Sandringham Estate to exit the lease.” So for those hoping to visit Princess Diana’s childhood home someday, it isn’t impossible — but those plans may have to be put on hold.