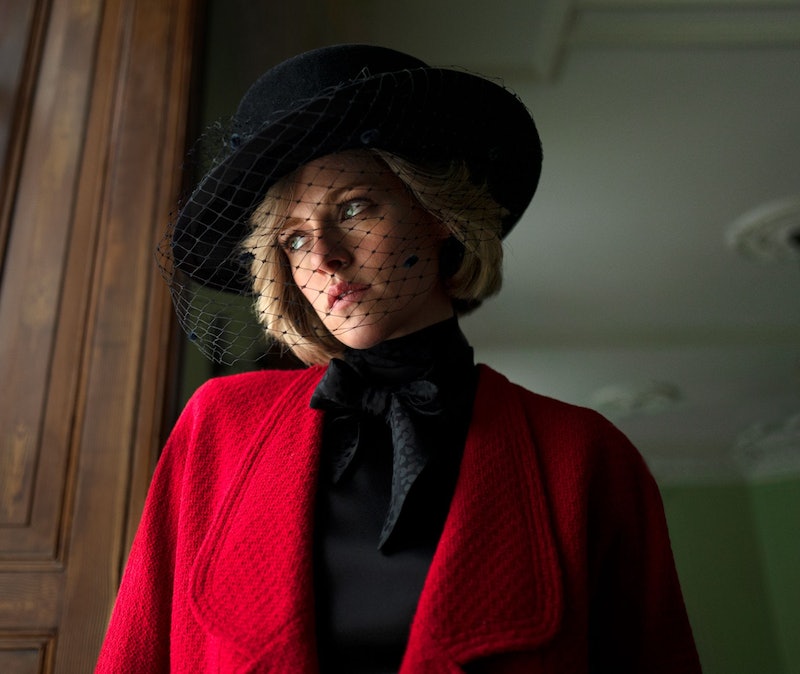 There’s a timelessness to Diana, Princess of Wales. It’s how, almost 25 years after her tragic death in 1997, her legacy continues to live on and inspire generations through her fashion sense, monumental kindness, and popular television series like The Crown. So, when director Pablo Larraín’s reached out to Kristen Stewart about starring as Lady Di in his forthcoming biographical drama Spencer, she accepted the titular role without ever setting eyes on a script.

“I knew even before I read the script,” she told Entertainment Weekly for an Oct. 5 cover story. “I was like, ‘You’re not going to say no to this, because who would you be in that case?’ I absolutely would have felt like such a coward.”

Stewart’s decision also showed a huge belief in Larraín’s vision, as the Charlie’s Angels star explained that she’s become “careful” about the roles she chooses. “I used to be really intentionally the opposite of precious in terms of choosing projects. For a minute there I was like, ‘I’ll do f*cking anything!’ And honestly, it was a good place to be for a minute,” she said. “But I think now I’m going to be a little more careful. I think I have a better nose for what’s going to be fruitful for me personally, as an experience, if not necessarily what’s going to thrive out in the world.”

The 31-year-old Twilight alum also credited her decision to step into the world of Princess Diana to being an “outsider” who could bring something fresh to the role. “I’m not from the U.K., I don’t have any particular investment in the royal family,” she added. “So I was kind of this really clean slate, and then could absorb her in a way that actually felt very instinctive, you know? ... If people have a lot to say about it not being a perfect impression, that’s so okay with me,” she added.

According to Stewart, she could feel that instinctive, lightning-in-a-bottle quality throughout the entire four months she spent immersing herself in Diana’s world. “She’s such a strange combination of things that don’t seem to go together,” she said. “The power she pulls into every room is probably what was so upsetting for people who wanted a sort of demure and quiet figurehead. ... She was just tactile and warm and kind of buzzing with fragility that needed to be pacified and salved.”

While chatting with Entertainment Weekly, Stewart recounted the unique way Larraín would get her to tap into that royal zone and let the magic flow through her. At the end of day of shooting, the director would carve out half an hour for her to pick a costume, listen to music, and channel Diana’s presence. “He said, ‘Because we’re not doing everything chronologically, we’re not doing a biopic, this is your chance to tell the whole story,’” she shared. “‘All you need to do is inhabit the space and listen to the music and carry her with you, and everything you know about being in this place, and just see what happens.’”

Initially, she was hesitant of the approach. “I’m such a control freak I was like, ‘I need to know what I’m doing. I want to be prepared for what I’m doing’” she revealed. “But I came down these stairs, and I know it sounds so silly and esoteric, but it felt so f*cking spiritual and so spooky, and I was so overwhelmed by the feeling of her. And I don’t mean like ghosty stuff. I just mean everything she’s made me think and feel, and it all just kind of happened in a moment.”

More like this
Princess Diana’s Brother Shared A New Photo Connected To Her Childhood
By Darshita Goyal
Here’s Why Tyler Perry Helped Prince Harry & Meghan Markle When They Moved
By Marina Watts
Prince Harry Incorrectly Recites Christina Aguilera’s “Genie In A Bottle” Lyrics
By Jake Viswanath
Here's How Netflix Should Adapt Prince Harry's Memoir Into A Movie
By Ginny Hogan
Get Even More From Bustle — Sign Up For The Newsletter
From hair trends to relationship advice, our daily newsletter has everything you need to sound like a person who’s on TikTok, even if you aren’t.