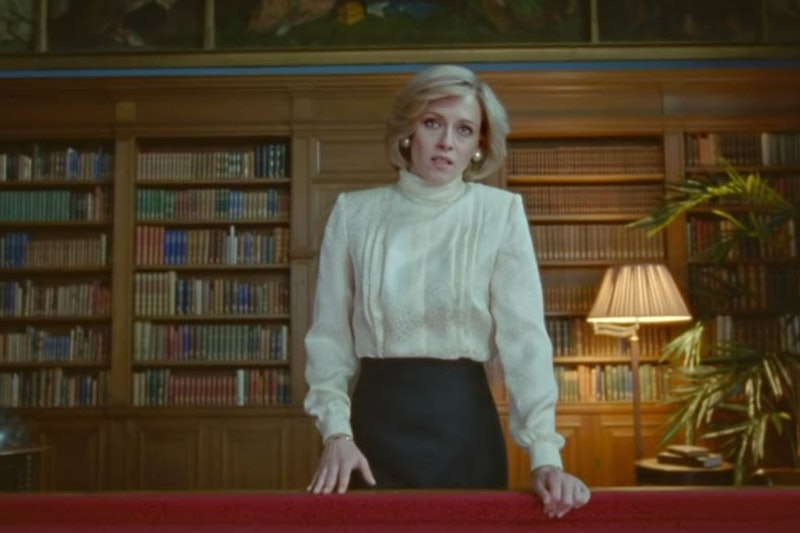 Since it was first announced last summer, film fans and royal family followers alike knew they had to see Spencer — and now that the film is right around the corner, anticipation is at an all-time high. While you prepare to finally see Kristen Stewart’s turn as Princess Diana for yourself, though, don’t go into the theater expecting a straightforward take on the late royal’s life.

As you might have already gathered from the trailer, the scope of Spencer breaks from the biopic mold in a major way. That is, it’s barely a biopic at all — at least, not in the traditional sense. In fact, it’s been promoted as straight-up “fable.” Rather than focusing on Princess Diana’s whole life, the film revolves around the royal family’s Christmas in Sandringham, a “fateful few days” that prove to be pivotal for her relationship breakdown with Prince Charles, per Neon. That period might make Spencer especially interesting for fans of The Crown, which featured a similarly unhappy holiday in Season 4.

In an interview with The Telegraph, published Oct. 23, screenwriter Steven Knight opened up about the decision to limit Spencer’s scope to that one crucial Christmas. Instead of trying to cover “every major life event ... in three seconds of screen time,” he said, the festive season provided something better: “a situation everyone would be able to recognize.” Of course, that makes sense — even in non-royal families, the holidays can be a pretty tense time.

Knight was first approached to pen the film by director Pablo Larraín, but had reservations about tackling the late Lady Di’s life. It was “exactly the sort of thing I shouldn’t do,” he told The Telegraph, “because it had been done already, and badly enough that everyone knew about it,” potentially referencing the 2013 Naomi Watts film. But Knight’s unique, confined approach was enough to convince himself and Larraín that Spencer could be something special.

In addition to warning viewers against more straightforward biopic expectations, Knight’s Telegraph interview included another intriguing revelation: Though it’s marketed as a “fable,” Spencer is very much rooted in real events. “All the things in the film that seem least believable are true,” he said, citing sources (“posh people”) who connected him “with some other people who worked in the house on the occasion that the film is set.”