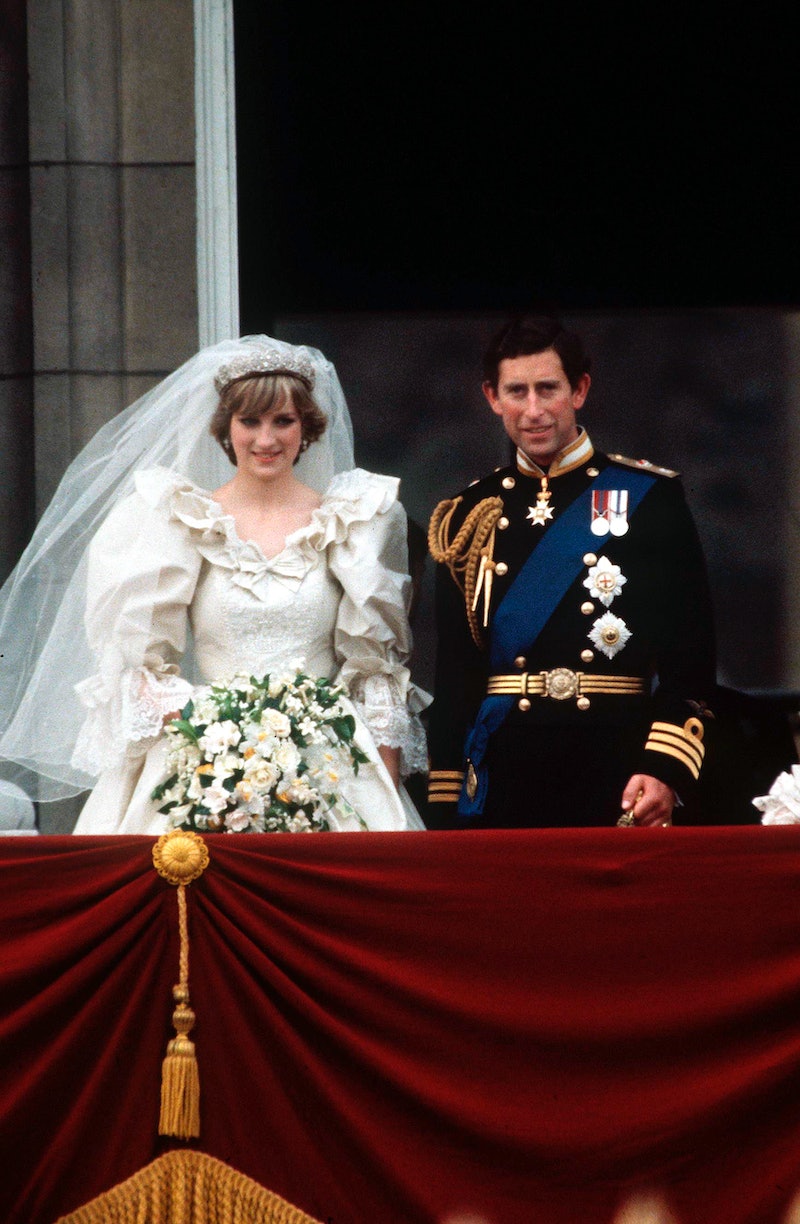 It may come as no surprise that Princess Diana memorabilia — from the late royal’s iconic dresses to her car, and even her private letters — are in high demand with royal collectors. But this perishable piece may be the most unusual collector's item yet. More than 40 years after Lady Diana Spencer and Prince Charles tied the knot, a slice of Princess Diana’s wedding cake was auctioned off for £1,850.

Per the Guardian, the slice was bought up by “ardent royalist” Gerry Layton, from Leeds, after a flurry of bidding from across the world. It was originally thought to sell for anywhere between £300 and £500.

Layton told the Guardian: “I thought I would like to add it to my estate, which will be going to charity after my death,” he said. “I also thought that I could put it up as a raffle prize with some of the money going to Centrepoint, which Princess Di was patron of.”

UK-based auctioneers Dominic Winters had their hands on the large slab of cake icing with marzipan base from one of the 23 official wedding cakes made for the Royal Wedding in 1981 for a number of years.

From the looks of the photos, the generous slice is still in (relatively) good shape after being preserved in cling-film, although the auctioneers “advise[d] against eating it.”

On top of the white icing, you can clearly make out a decorative coat of arms made out of a “sugary overlay”, coloured in gold, red, blue, and silver. The intricate cake design also sees a small silver horseshoe and leaf spray adjacent. While nothing is said how it may have tasted back in 1981, it’s suspected that the large slice came from the side of a cake, or from the top of a single-tier cake, from one of the 23 cakes made for the royal couple’s big day.

According to the UK auction house, the slice had previously belonged a Moyra Smith, an employee to the Queen Mother at Clarence House, who had wrapped the cake in cling-film and kept it safe inside a cake tin along with a “hand-made manuscript paper label signed by M[oyra] Smith taped to lid.”

“This slice of 40-year-old cake icing was acquired from Dominic Winter Auctioneers on 27 August 2008 (lot 301) when it was sold on behalf of Moyra's family,” stated the auctioneers on their website. “It appears to be in exactly the same good condition as when originally sold, but we advise against eating it, and the royal letter and bottle of commemorative beer that accompanied the lot are not present.”

The royal cake was accompanied with printed programs for the St. Paul's Cathedral ceremony, as well as a program for a Royal Wedding Breakfast at Buckingham Palace.