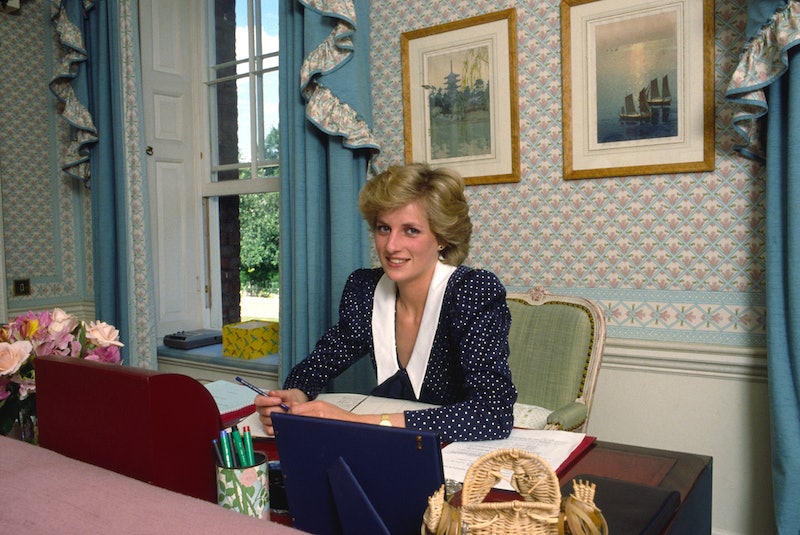 The fascination in the late Princess of Wales will never wane, it seems. A selection of handwritten letters by Princess Diana were auctioned off in Cornwall this week, fetching a rather surprising sum.

A collection of 40 letters and greetings cards written by Diana to family friend Roger Bramble between 1990 and 1997, were auctioned off by David Lay Auctions in Penzance, Cornwall. The never-before-seen letters were sold off individually across three days.

The highest amount for a single lot – a 1996 letter in which Diana referred to the Queen as "The Boss" – was sold for £7,200. A note from 1992 describing Princes Diana’s “ghastly week” – when Andrew Morton's biography was serialised in a national newspaper – sold for £1,350. And a 1995 Christmas card featuring Princes William and Harry with their mother, went for £2,300.

Per BBC news, the collection of handwritten letters sold for a total of £67,900.

The Cornwall-based auction house described the lot as revealing, commenting on the Princess’s “witty and intelligent hand with a great generosity of spirit.”

Mimi Connell-Lay, from David Lay Auctions, said before the sale: "She does come across as an extremely warm, witty, funny, charming and generous-hearted person and I think that is the main motivation for them being sold."

Proceeds from the sale will be donated to organisations which the late Princess and Mr Bramble supported, including the English National Ballet and the Young Musicians Symphony Orchestra.