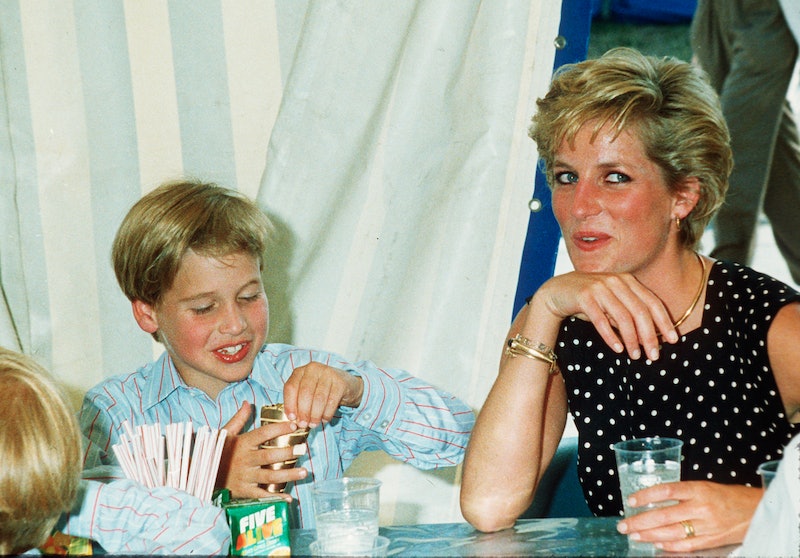 In 2016, a former Buckingham Palace chef revealed what Princess Diana would typically eat during a day. But what about the odd takeaway? Some members of the royal family are known to have a cheeky Nando’s or Indian from time to time, and according to chef Darren McGrady, the Princess of Wales also had her own particular fave.

As McGrady explained to the Mirror, Diana had a penchant for McDonald’s thanks to Prince William and Harry. He recalled one day when the Princess suddenly cancelled lunch for the boys so she could take them out to Maccy D’s. After telling the royal that he could easily make them burgers, she replied “No, it’s the toy they want.”

The trio loved McDonald’s so much that they reportedly formed a Saturday ritual around it, according to Diana’s former butler Paul Burrell. “The three of them would nip to McDonald’s for a Big Mac and fries before coming back to watch Blind Date,” he told the Mirror on another occasion. “All three of them would squat on this massive, stuffed hippopotamus Diana had in her sitting room.”

This wasn’t the only takeaway meal Diana gravitated towards. According to the travel guide London City Calling, the Princess of Wales was a regular patron of her local pizzeria Da Mario on Gloucester Road. In tribute to Diana’s love for the restaurant, her name is engraved on the venue’s steps and there’s also a large mural inside “of Diana and Mario standing over a pizza, looking down at it lustfully”.

It’s unclear whether Diana’s love for McDonald’s or pizza has been carried on by her sons, but they’ve both been open about their love for another takeaway chain – Nando’s. Prince William also loves a good Indian, and revealed that he’s even ordered a curry from his local via Uber Eats to the Palace during an interview with Peter Crouch.

“[Kate] likes a bit of spice. I’m not too good with spice,” the prince explained. “Chicken masala, love that, a bit of flavour. I’m not a vindaloo man, put it that way.”

More like this
Rita Ora Finally Opened Up About Marrying Taika Waititi & Their "Perfect" Wedding
By Sophie McEvoy and Catharina Cheung
This Is When Netflix Is Going To Start Charging You For Sharing Passwords
By Darshita Goyal
The Spice Girls Are Set To Reunite At King Charles III’s Coronation
By Sam Ramsden
'Abbott Elementary' Fans Probably Missed This 'Parent Trap' Easter Egg
By Sam Ramsden
Get The Very Best Of Bustle/UK
Sign up for Bustle UK's twice-weekly newsletter, featuring the latest must-watch TV, moving personal stories, and expert advice on the hottest viral buys.