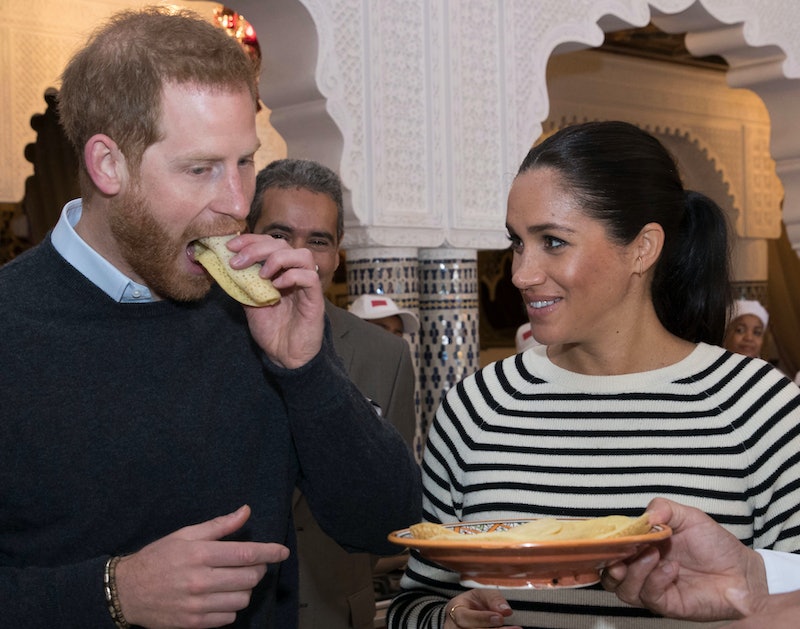 Over the years, we’ve been small glimpses into the eating habits of the royal family, including the Queen’s chosen pancake recipe, Meghan’s breakfast food of choice, and George and Charlotte’s favourite dishes to cook together. But one thing I’m really interested in is the royal family’s takeaway habits. Do they prefer a Pizza Hut or a Pizza Express? A McDonald’s or a Shake Shack? We know for sure that Prince William has a penchant for a burger and chips after he was spotted tucking in at a pub lunch with the family recently, but what else do we know about the royal family’s fast food orders? I’ve done my research to find you the answers to these all important questions.

Fans of Prince William may remember the time he ordered a curry from his local to the Palace during his podcast interview with Peter Crouch. And yes, it appears that Wills loves a curry, as does Kate.

When asked in 2017 what their favourite takeaway food was on BBC Radio 1, Kate responded: “Curry, definitely.” They later confirmed they don’t get it delivered, though – somebody goes to pick it up for them instead.

When it comes to the type of curry the couple opt for, William prefers something less spicy. “She [Kate] likes a bit of spice. I’m not too good with spice,” he said on the BBC Radio 1 interview. “Chicken masala, love that, a bit of flavour. I'm not a vindaloo man, put it that way,” he later told Crouch.

He also admitted that he’s a sucker for a Chinese or a pizza, as well as a Nando’s, which he was introduced to by his protection officer. He was also spotted eyeing up a KFC order while out and about in London last year.

William is not the only Prince who loves a plate from the popular chicken chain. Harry has been spotted waiting for an order at Nando’s before by onlookers, who reported that he had ordered a chicken pitta with extra cheese, in lemon & herb spice. He also apparently had creamy mash on the side.

“It was surreal,” an onlooker told The Mirror. “He was very charming and politely refused a member of staff who approached him for a picture. I was gobsmacked to see him.”

No word yet which takeaway Harry opts for now he lives in the U.S.!

Meghan Markle is a keen chef and, during her time writing on lifestyle blog The Tig, loved to shared a recipe or two. But what are her fast food favourites? Well, back in 2015, she told Best Health Canada, “I could eat French fries all day.”

She added: “And I love pasta. I love carbs – who doesn’t love a carbohydrate?”

Elaborating more on her diet and lifestyle, Meghan told Best Health Canada, “I try to eat vegan during the week and then have a little bit more flexibility with what I dig into on the weekends. But at the same time, it’s all about balance. Because I work out the way I do, I don’t ever want to feel deprived. I feel that the second you do that is when you start to binge on things. It’s not a diet; it’s lifestyle eating.”

Finally, she said, “The same goes for wine. Of course I’m going to have that glass of wine – it’s delicious and I enjoy it. Do the things you enjoy within reason. Know your body and what works for you and you’ll be fine.”

It seems that not even The Queen can resist a classic British takeaway in the form of fish and chips. According to a source at The Sun’s Fabulous magazine (via Tatler), the royal “very occasionally treats herself to fish and chips when at Balmoral. A footman is dispatched to get it from the local town of Ballater.”

Former royal chef Darren McGrady also revealed that The Queen loves a home-cooked version. “The Queen wouldn't really eat the fish fried in all that crispy rich batter – a little bit too much for her. She preferred a more refined fish and chips. The chips were all cut the same length - every one the same length, perfect rectangles,” he said in a YouTube video.

Mike Tindall has previously revealed he loves a Chinese — but he tends to sneak one in when wife Zara is away. In 2007, he told The Guardian: “If Zara is away competing I'll have my only takeaway of the week. It would definitely be a Chinese — it might be a banquet for two but obviously that would just be for me. I can do that fairly easily.”

More like this
Pret & Costa’s Coffee Is The Strongest On The High Street, According To Which?
By Sam Ramsden
Ben & Jerry’s New Sundae Flavours Are A Chocoholic’s Dream
By Sophie McEvoy
Here’s What TikTok's "Mascara” Trend Is *Really* About
By El Hunt
Here's How Netflix Should Adapt Prince Harry's Memoir Into A Movie
By Ginny Hogan
Get The Very Best Of Bustle/UK
Sign up for Bustle UK's twice-weekly newsletter, featuring the latest must-watch TV, moving personal stories, and expert advice on the hottest viral buys.

This article was originally published on July 10, 2021