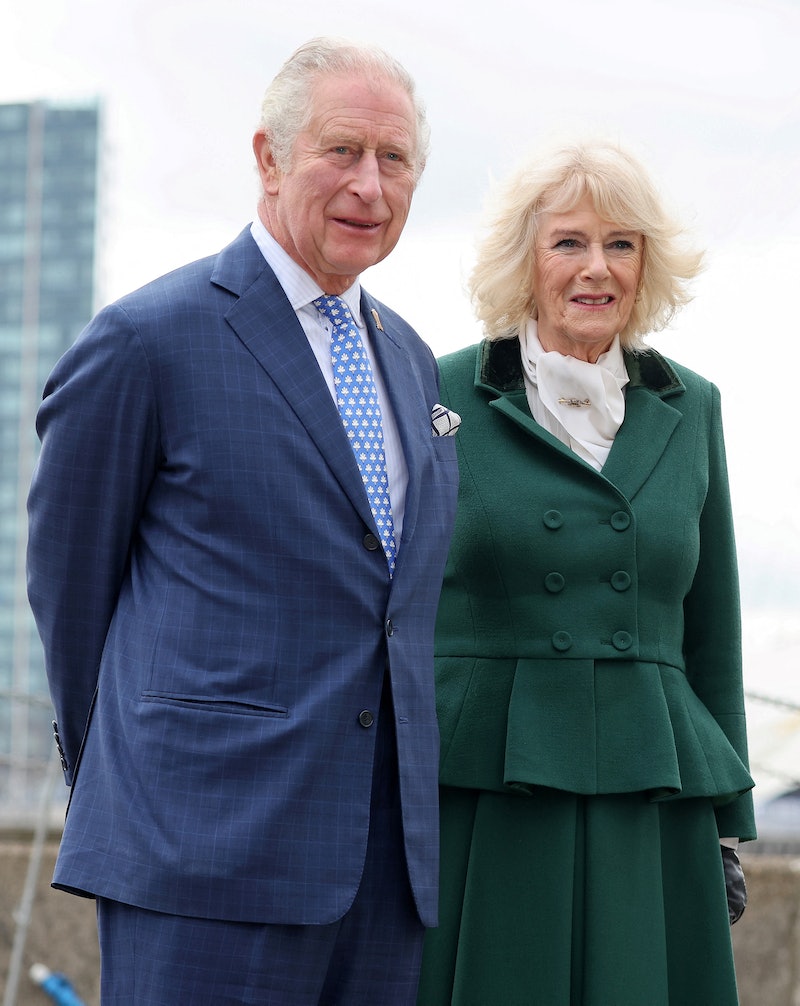 Queen Elizabeth II celebrated her Platinum Jubilee and 70th Accession Day (i.e., the anniversary of when she became queen) on Sunday, Feb. 6, and in celebration, she penned a letter about the past, present, and future of the monarchy. She also used it as an opportunity to signal her support for daughter-in-law Camilla, Prince Charles’ wife — and her hopes that the Duchess of Cornwall would be regarded as queen consort upon Charles’ own ascension to the throne:

When, in the fullness of time, my son Charles becomes king, I know you will give him and his wife Camilla the same support that you have given me; and it is my sincere wish that, when that time comes, Camilla will be known as queen consort as she continues her own loyal service.

But what does that mean? Basically, a consort is the informal title for the spouse of a reigning king or queen. Prince Philip was one — in fact, he was the longest-serving British consort in history by several years, per the royal family’s website. (However, he was known as the prince consort, rather than the king consort. According to Town & Country, “you can chalk this one up to a very old and powerful patriarchy. Kings always reign, whereas queen can be a symbolic title.”) Queen Elizabeth referenced Philip earlier in the letter, saying she was “blessed” to have “had a partner willing to carry out the role of consort and unselfishly make the sacrifices that go with it.”

Charles responded to the queen’s letter on Instagram, writing that he and Camilla “are deeply conscious of the honor represented by [his] mother’s wish,” describing Camilla as his “steadfast support” through the years.

Even though it’s an informal title, being a consort does come with some recognition. “Unless decided otherwise, a queen consort is crowned with the king, in a similar but simpler ceremony,” the royal family’s website reads. The “unless decided otherwise” provision was added after Charles and Camilla’s marriage, according to The Guardian, suggesting that the family knew Camilla’s crowning would be controversial.

Given the scandal surrounding Charles and Camilla’s relationship — the prince had an affair with Camilla during his marriage to Princess Diana — Twitter’s cold reception to the letter was not that surprising.

Still, some users were supportive of the gesture.

The decision will hopefully not affect Britons for some years yet. Despite a health scare in October, Queen Elizabeth, 95, was said to be in “sparking” form as she hosted a pre-Accession Day reception at Sandringham House on Feb. 5, per BBC News. The monarch’s message to the public also emphasized that she “[looks] forward to continuing to serve ... with all [her] heart.”