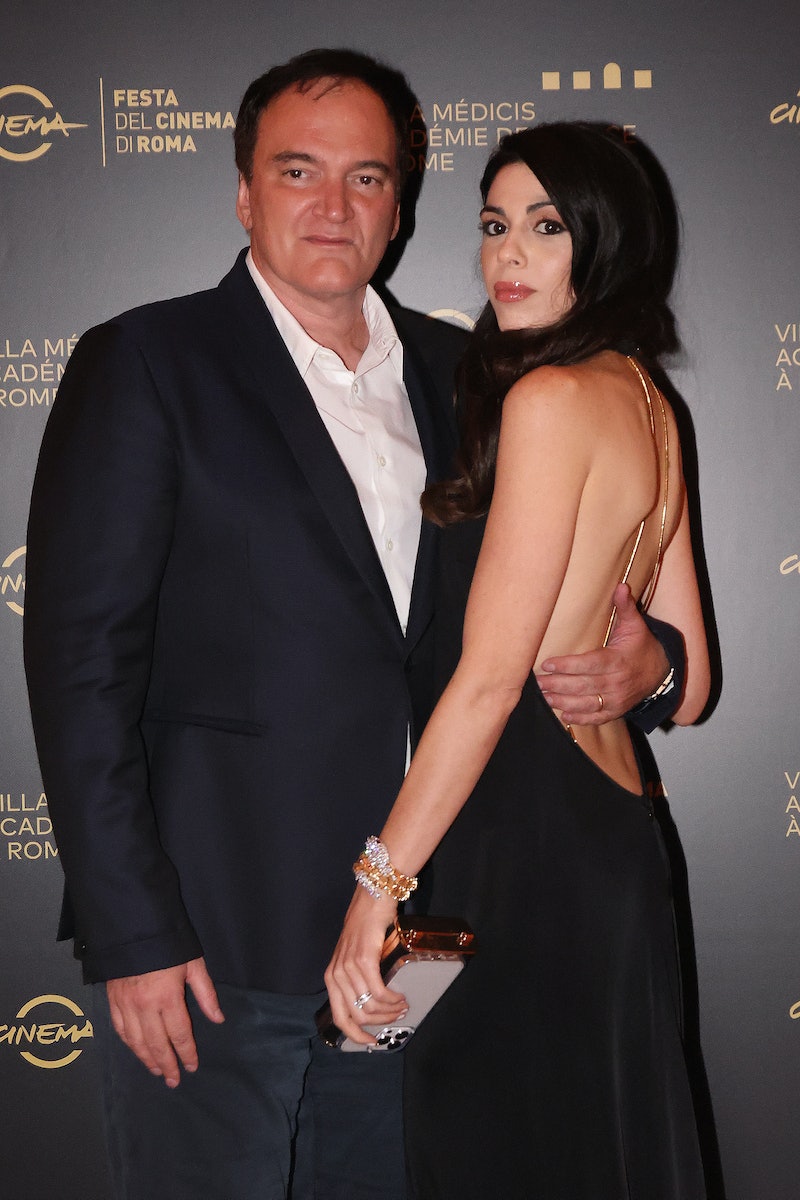 A strong but notoriously private Hollywood couple, esteemed director Quentin Tarantino and Daniella Pick have revealed that they’ve welcomed a baby girl. In a statement, the couple, who also have a son Leo, born in February 2020, said: “Daniella and Quentin Tarantino are happy to announce that Daniella gave birth to their baby girl on July 2, 2022.”

Pick is an Israeli singer and actor, taking after her father Zvika Pick, who was also a renowned performer. Meanwhile, Tarantino has famously made ten films, starting with Reservoir Dogs in 1992, and most recently Once Upon A Time In Hollywood in 2018, which Pick appeared in. The director has famously said he only wants to make one more film. Speaking to Bill Maher in 2021, he remarked: “Because I know film history, and from here on in, directors do not get better.”

Clearly, the director is fiercely dedicated to his craft. Shortly before going public with Pick, he told GQ: “I'm not saying that I'll never get married or have a kid before I'm 60. But I've made a choice, so far, to go on this road alone. Because this is my time. This is my time to make movies."

With that said, here’s a look at Quentin Tarantino and Daniella Pick’s relationship so far.

Pick and Tarantino first met in Israel in 2009 when the director was doing press for his film Inglourious Basterds. In September 2009, the couple made their relationship debut at the Whip It movie premiere in Hollywood, but Pick was listed as Tarantino’s “unidentified guest” at the time.

2012: The Couple Separate For Four Years

Even though the couple never publicly confirmed any details, things seemingly were not working out between Tarantino and Pick, and the couple parted ways in 2012, after three years of dating.

But their love story didn’t just end. The couple found their way back to each other after being separated for four years and resumed their relationship, picking up where they left off.

The director didn’t waste too much time after reuniting with Pick, and the couple were engaged in June 2017, a year after they began dating again.

2018: They Marry In A Private Wedding In Los Angeles

In November 2018, an intimate reception was held at Hollywood hotspot Mr Chows, and guests included Uma Thurman, Bruce Willis, and Samuel L Jackson. Speaking at a press conference the following year, Tarantino said, “I just got married six months ago... I’ve never done that before and now I know why. I was waiting for the perfect girl.”

2020: The Couple Welcome Their First Child

Despite not always being certain if he wanted children, Tarantino is a doting father to (now) two little ones. Speaking to CBS in 2021, he described his son Leo as the most charming person he’d ever met, adding “half the time I look at him and I'm just laughing because he's so funny. And the other time, I'm just bursting into tears.”

The couple are yet to reveal the name of the daughter, but check back here for updates.