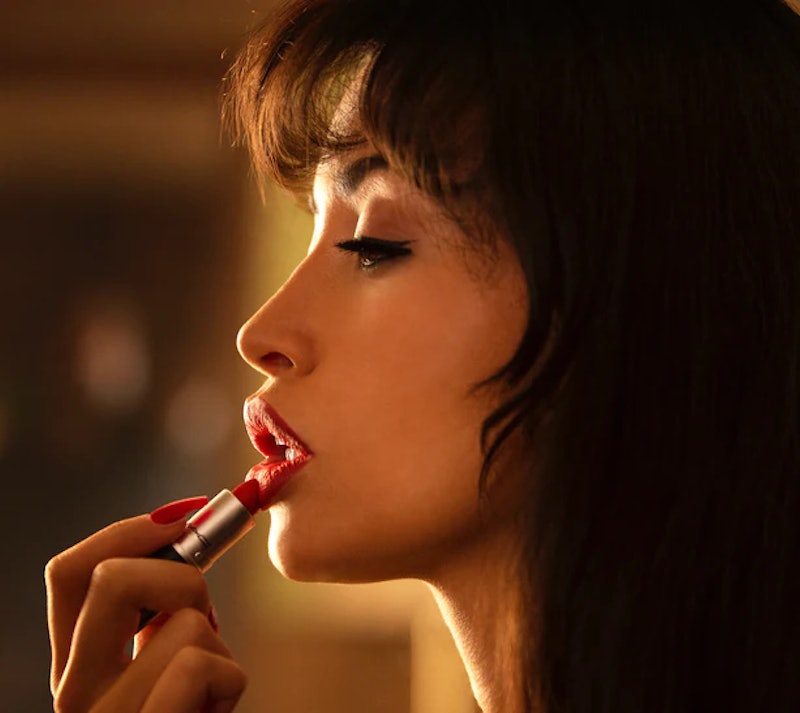 The Queen of Tejano music is back on top, and her family is loving it. Selena Quintanilla’s siblings reacted to Selena: The Series’ early success via social media, and their gratitude is on full display. Suzette and Abraham Isaac (A.B.) Quintanilla each posted on Instagram on Saturday, Nov. 5 after seeing the show take the top spot in Netflix’s daily Top 10 in the U.S. list, sharing how “beautiful” it is to see and thanking fans for making it happen.

Selena: The Series had premiered just the day before on Friday, Dec. 4. Both of the singer’s siblings encouraged fans to watch it in the lead-up, and their efforts paid off quickly. When the show was already at No. 1 on Saturday, Suzette and A.B. were thrilled.

“GUYS!!! OMG!!!” Suzette wrote in her Saturday post, alongside a photo showing the day’s Netflix Top 10. “Waking up and seeing this is insane and Beautiful! THANK YOU THANK YOU for this love you have always given to our family.”

A.B. shared a similar photo and was just as enthusiastic in his caption. “Yesssaaahhhh!!!U.S.A.!!! Thank you everybody!!!” he wrote. Just hours later, he shared a photo showing Selena: The Series at No. 1 on Netflix Mexico as well and added, “Wow!!!”

Selena: The Series is just one of multiple film and TV projects centered on the beloved ’90s singer who was killed at the age of 23, but it’s rare in that it was made with her family’s support. Suzette and her father, Abraham Quintanilla Jr., co-produced the limited series and have worked for years to honor Selena’s legacy. Their involvement helped the show turn into a work that touched the family. In a recent interview with Entertainment Tonight, Suzette revealed that there were some scenes in the series that made her cry “because it literally was on point.”

A.B. also loved the end result and was one of the many viewers that contributed to Selena: The Series’ success. On Friday, he wrote that he had watched the whole series “till this morning” and that everyone who was part of making it “rocked it!!!”

Although Selena’s husband of three years, Chris Pérez, was not involved in the series, he also had good things to say about both the show and his in-laws. He posted an Instagram message on Thursday with his “take,” praising everything from his late wife’s music to her “badass” sister.

“Alright so, here is my take on this,” he wrote. “I loved her music even before I joined the band. I was intrigued by the fact that her brother had his name on everything as producer. Keyboard player Ricky Vela was my hero as far as musicianship goes. Her dad ran some amazing sound when I went to see them at an event in San Antonio. I learned so much by taking on their guitar player Roger Garcia's parts and doing my best to stretch it even further. They had a girl drummer that laid it DOWN (Suzette really is a badass). Joe and Pete brought the ‘extra’ and added a whole other dimension PLUS Pete wrote amazing lyrics....and they sounded HEAVY. I will forever respect the band and the people involved in it. I hope you guys enjoy this series.”

Selena: The Series is streaming on Netflix now.