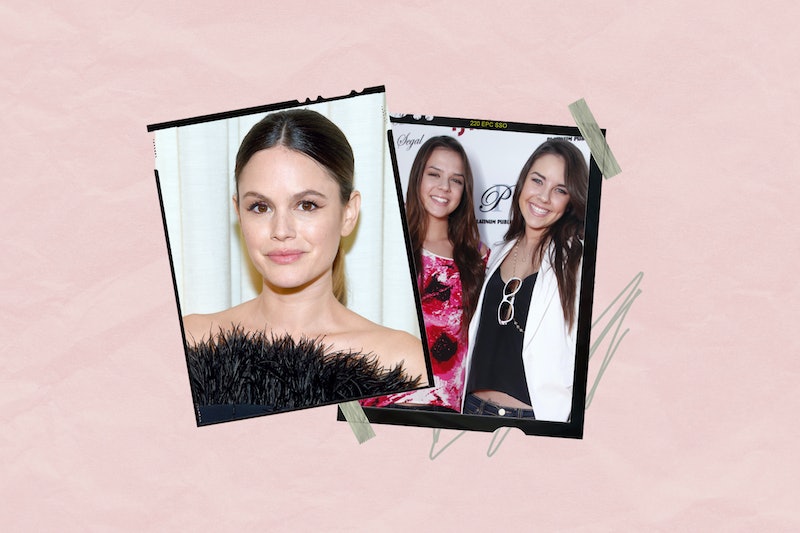 Rachel Bilson, who memorably portrayed Summer Roberts on The O.C., surprised listeners of her Broad Ideas podcast when she invited two members of the infamous Bling Ring robbery gang on for a frank discussion. The group, made up of teenagers and young adults, ransacked several celebrity homes in Los Angeles between 2008-2009. They targeted some houses more than once, with Paris Hilton experiencing a number of break-ins. Bilson’s home was also burglarised several times, resulting in hundreds of thousands of pounds worth of stolen items, made up of designer clothing and family heirlooms (her mother’s engagement ring, among them). The recent Channel 4 documentary The Real Bling Ring: Hollywood Heist, which is now streaming on Netflix in the U.S., has brought this scandal to the forefront once more.

The most prolific member of the Bling Ring gang is undoubtedly Alexis Neiers (now Haines) who, along with her family, ended up getting a reality show on E! titled Pretty Wild. Alexis’ younger sister Gabby — another member of the robbery gang — featured on the series. Opening up to the actor, the sisters claimed that Alexis wasn’t actually present during the robberies of Bilson’s home, but Gabby, then 15, was. “I'm grateful that you're allowing me to be here to [apologise] to you face-to-face. I am so sorry that I ever made the choice to go into your home that night,” Gabby said. “I wish that I could take it back. It's been a living nightmare for you for the past 10 years, 11 years. As a mother now, all you want to do is protect your babies, and I know that I stripped you of feeling safe in your home, and I am so sorry."

Bilson, who previously voiced her disapproval of Sofia Coppola’s 2013 dramatisation of the events titled The Bling Ring, opened up about the impact the robberies had on her. “Every single designer item that was ever in my possession was taken during those events, amongst other personal things,” the actor explained. “I learned the lesson to detach from material possessions, because every material possession of mine was taken. That feeling of violation, it's hard to describe unless it's happened to you personally."

Having initially felt “conflicted” over having the sisters on, Bilson then encouraged Gabby to forgive herself. “You obviously have remorse,” she said. “I let the actual incidents go so long ago. It's so important for you, and as a mother, that you fully let go, because now you are not that little girl, you have your little girl. It's so important, because it's not going to do any good, and it's not going to make you feel good. There's no point, really, to hold onto something.”

More like this
This 'Emily In Paris' X 'The Hills' Crossover Is Très Chic
By Marenah Dobin
This Pre-'Love Island' Video Of Olivia & Zara Together Changes Everything
By Bustle UK
A New Netflix Doc Will Explore The Unsolved Murder Of Jill Dando
By Sam Ramsden
The Real Reason Joey Essex Quit 'TOWIE'
By Catharina Cheung
Get The Very Best Of Bustle/UK
Sign up for Bustle UK's twice-weekly newsletter, featuring the latest must-watch TV, moving personal stories, and expert advice on the hottest viral buys.