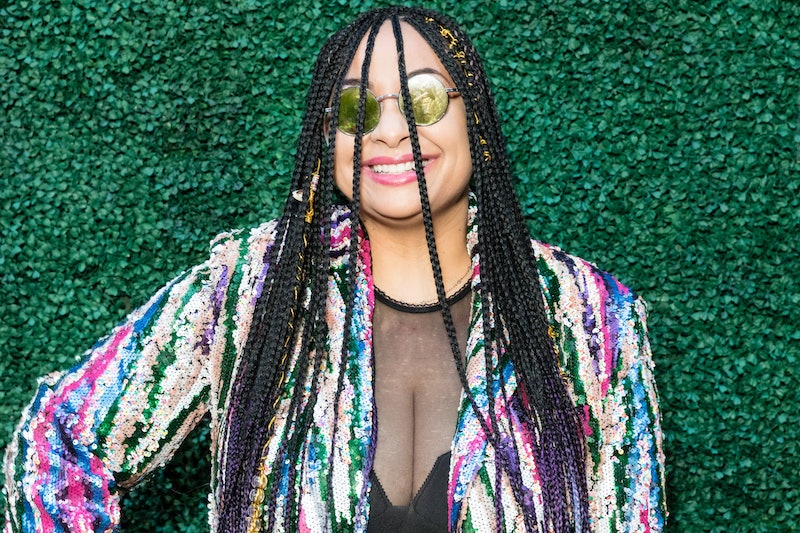 Raven-Symoné may not be psychic in real life, but even she could tell that getting married would suit her well. Raven-Symoné says her new wife Miranda Pearman-Maday "challenges" her every day, which is what makes married life "so good." The Raven's Home actor opened up about being a newlywed to Entertainment Tonight on Monday, July 20, jokingly describing the feeling as "like a hot toddy in winter, honey!"

Symoné surprised fans on June 18 when she announced that she got married to Pearman-Maday in a secret backyard ceremony at their Los Angeles home, with just six lucky people in attendance. "I got married to a woman who understands me from trigger to joy, from breakfast to midnight snack, from stage to home," she wrote on Instagram, alongside a photo of the couple from their big day. "I love you Mrs. Pearman-Maday! Let’s tear this world a new *sshole!!! I’s married NOW."

Now, just over a month after the wedding, Symoné told ET that married life has been filled with "laughs and conversations and growth and goal-building" with her new wife, who also keeps her in check. "My babes, she's independent," she said. "She's self-sufficient and she challenges me every day. She's like, 'You know, you ain't that special,' and I'm like, 'Ooh, say it again.' I need somebody to bring that ego check in every now and then."

Symoné explained that what makes her and Pearman-Maday so compatible is that they play off each other's moods and can handle each other's struggles. "I laugh right now, I'm super fun," she said. "But you shut the camera off, you close the door, and I have my own personal challenges and demons. A lot of the times you find someone that's only looking for that person that they see in the industry, or they're using you for something." According to the actor, Pearman-Maday talks through issues with her, and it goes both ways. "Miranda knows this for me, I'm moody," she said. "I'm definitely very interesting with my convos and she's right there with me, goes toe to toe."

In fact, the biggest challenge the couple has had to date are not the tough conversations, but the fact that some think Symoné married fellow Disney Channel star Miranda May, not Pearman-Maday, who works as a social media manager. "One of our colleagues hit me [up] and she was like, 'I know you guys were looking at each other special,' and I was like, 'Wait, wait, no, this is a different Miranda!'," she recalled. "No offense, Miranda May, but I didn't really think about you during my relationship with my Miranda Maday."

In a separate interview with PEOPLE last month, Symoné explained that she decided to open up about her personal life, something she rarely does, and share her wedding with fans because it was "one of the biggest and happiest" moments of her life. "Miranda makes me feel confident and empowered in an entirely new way," she said.