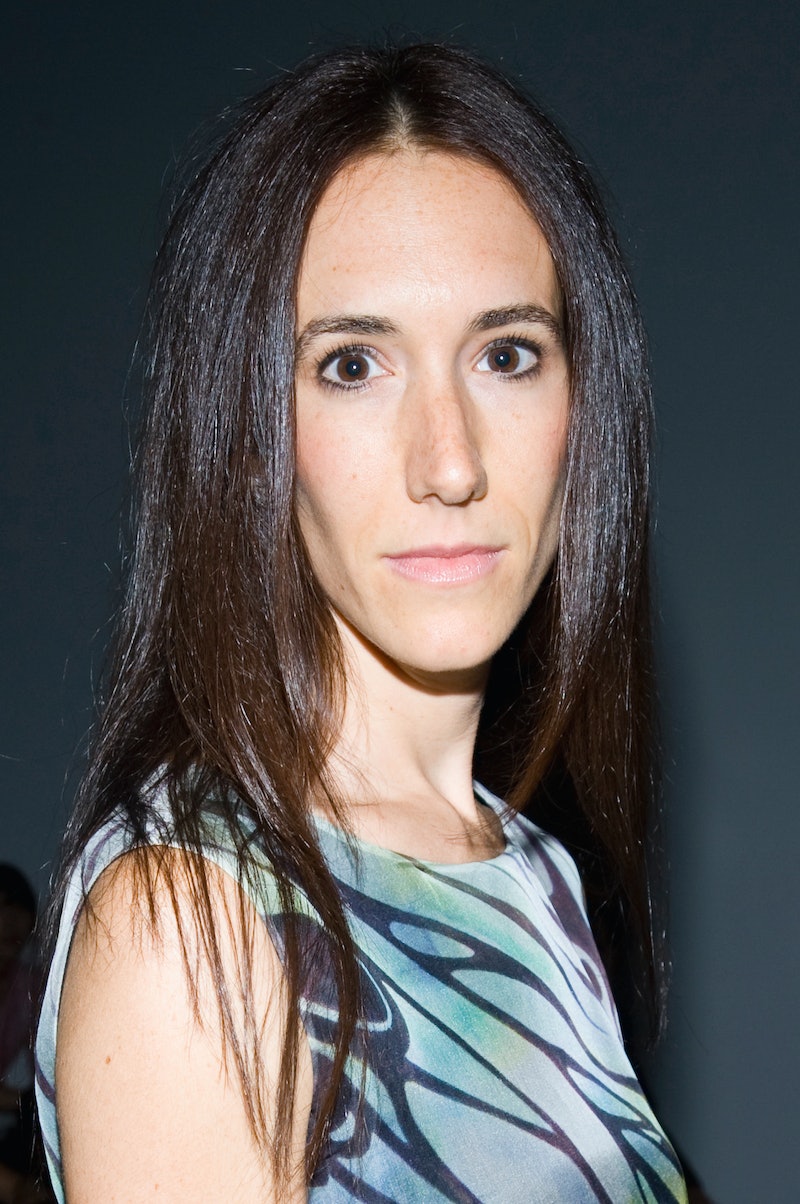 Rebekah Neumann may be played by A-list actor Anne Hathaway in Apple TV+’s WeCrashed, but the former WeWork exec has her own connection to Hollywood. Neumann’s parents are Bob and Evelyn Paltrow, and yes, she’s related to that Gwyneth. “Yes, she’s my cousin. Yes, we’re close. Yes, I know Brad. Yes, I’m going to the wedding. Next!” Neumann would tell people while at Cornell University, per Business Insider.

Like her famous relative, Neumann pursued a career in acting — well, sort of. According to a 2020 Bustle profile, Neumann majored in Buddhism and business at Cornell University, and worked at an investment bank out of college. But she quickly realized it wasn’t her calling and spent some time traveling and meditating in India. When she returned to the U.S., she moved to Los Angeles, where she enrolled in method acting boot camps and the Kabbalah Centre, a spiritual center that was popular among celebrities. During her time in acting school, however, she “felt like a loser,” Neumann said on The School of Greatness podcast.

Though she “was extremely dedicated to art,” breaking into the acting scene can be “brutal,” actor Raphael Sacks told Bustle. He added that it was “easy to imagine people in LA trying to use” Neumann just to get close to Gwyneth. The few roles that she ultimately landed were mostly bit parts. Neumann played a UN Diplomat in the 2010 film Fair Game, a character named Sam in the 2010 film Nomads, and Katherine in the 2012 short Aunt Louisa.

Neumann’s acting career pretty much fizzled out after that, but during the early days of WeWork, she also wrote and produced a short film called Awake. It was primarily a personal project exploring her feelings and meditation process, but her connections at the Kabbalah Centre helped her to cast Rosario Dawson and Sean Lennon as supporting characters. “It's one of those things where, instead of waiting for the perfect part, why not produce your own short film?” one of the friends who worked on Awake told Bustle.

According to Reeves Wiedeman, a New York Magazine editor who wrote Billion Dollar Loser: The Epic Rise and Spectacular Fall of Adam Neumann and WeWork, almost nobody who worked on Awake has seen the final cut, nor do they really know what the film was supposed to be about. “All they could tell me was that the plot seemed to have something to do with meditation, that it was the most expensive short film they had ever worked on, and that Rebekah had been especially difficult to work with,” he wrote.

Per Wiedeman, Neumann played herself in the short. Dawson played her friend, and Sean Lennon was cast as a sort of spiritual guide. While on the verge of a mental breakdown, Neumann is instructed by Lennon’s character to sit in front of a fireplace as images of her real life — including her wedding to WeWork co-founder Adam Neumann — flash onscreen. “Fear is a source of all pain and suffering in this world, from every act of violence to every war. It’s fear that is poisoning you now,” Lennon’s character tells her. “Listen, darling, every thought carries its own vibration.”

As WeCrashed explores, Neumann instilled her beliefs about “vibrations” into WeWork’s culture, often speaking about spreading “good vibrations to the whole planet” and allegedly firing anyone who had “bad energy” without warning. Since WeWork imploded in 2019, Neumann has kept a low profile; while it looks like Adam is pursuing more opportunities in real estate that she may or may not be involved in, it doesn’t appear that she plans to return to acting anytime soon.

More like this
'Criminal Record' Is The 'Doctor Who' Reunion We’ve All Been Waiting For
By El Hunt
6 Mind-Blowing Fan Theories About How Stranger Things Will End
By Kadin Burnett
Why Sadie Sink Is Hopeful Max Will Return In Stranger Things Season 5
By Brad Witter
The Star Of 'Ms. Marvel' Has A Legendary Letterboxd
By Gretchen Smail
Get Even More From Bustle — Sign Up For The Newsletter