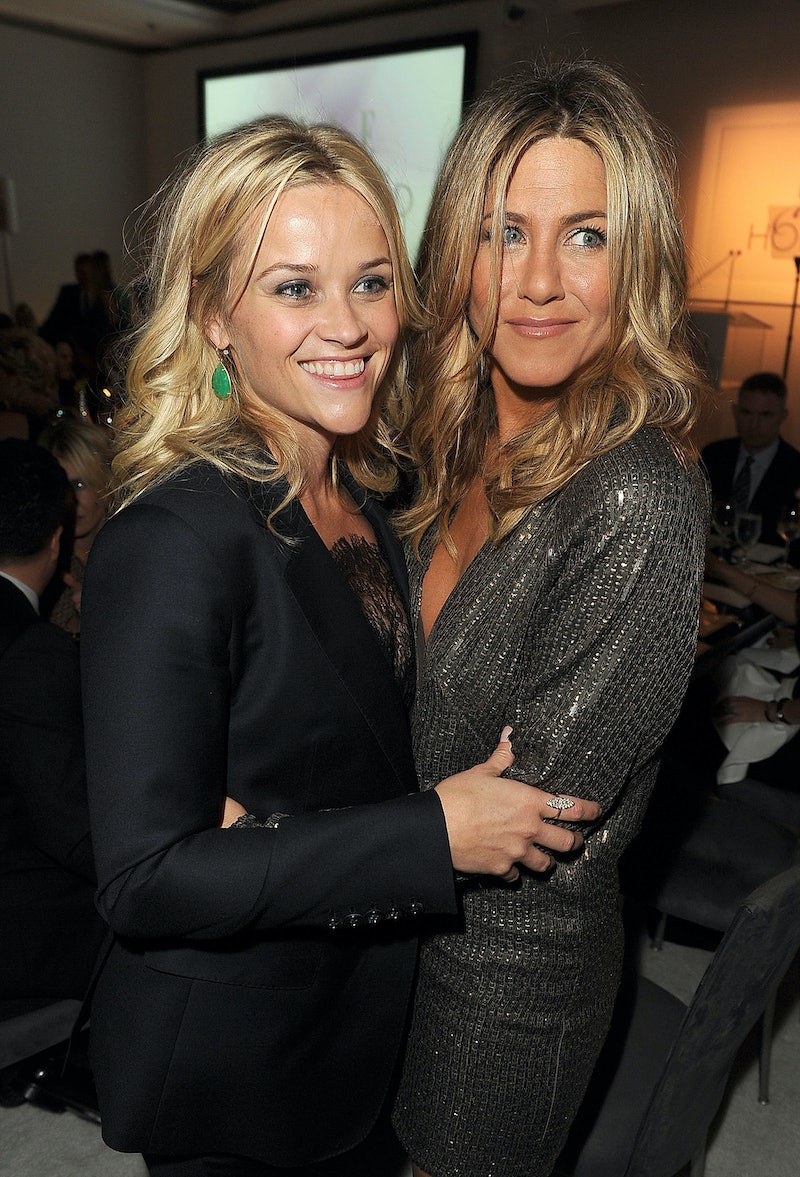 For two episodes of the sixth season of Friends, Reese Witherspoon starred as Rachel’s youngest – and deeply spoilt – sister Jill. The siblings didn’t exactly get on during her appearances, (especially when Jill started dating Ross!) but the actors had pretty believable chemistry as sisters and off-set they were even closer.

Now co-starring in the Apple TV+ series The Morning Show, Jennifer Aniston and Witherspoon have fond memories of their brief time together on the Friends set. During an appearance on The One Show to promote The Morning Show’s second season, the two actors spoke about how much fun they had, with Witherspoon explaining that she was a huge fan of Friends before getting the opportunity to star on the show. “I’d just had a baby and I’d sat and maybe watched every single episode of Friends,” the actor said.

Understandably, Witherspoon jumped at the chance to be on the show. She recalled the two weeks she spent on set with great fondness, especially when it came to working opposite Aniston. “It was just so wonderful […] Jen was so incredibly nurturing and sister-like. You just saw the magic of these people who were the best at what they can do,” Witherspoon said, adding that it was amazing to see the cast bring “such humanity to these characters but also humour at the drop of the hat” first hand.

As for their time together on The Morning Show, the pair are having just as much fun, with Aniston saying that, when it comes to plot, their motto is, “the juicier it is, the better.”

The Friends actor added that the second series is set between January and March 2020 and will include all sorts of relevant topics like cancel culture and “how little we knew about this virus and what was approaching us.”

The Morning Show season two is available to stream on Apple TV+ from Friday, 17 September.