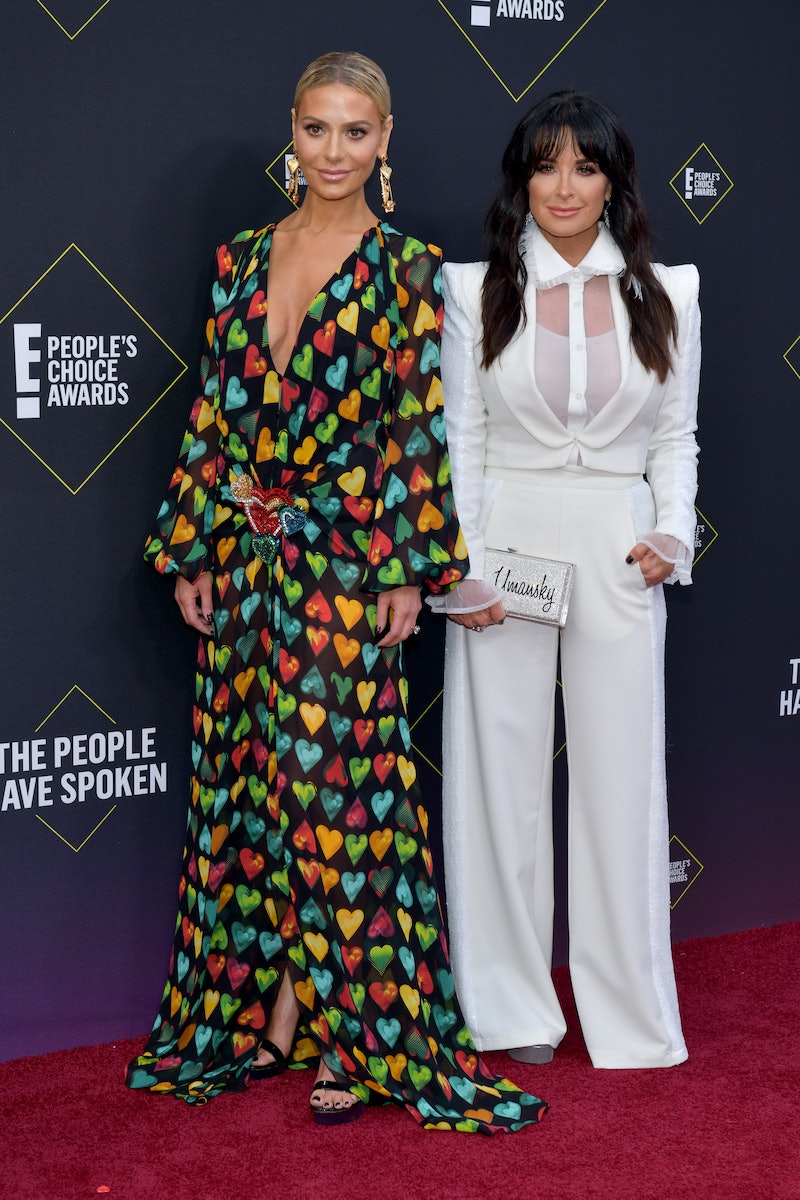 A week ago, filming shut down for the upcoming season of Real Housewives of Beverly Hills because a crew member tested positive for COVID-19. Not long after, Kyle Richards posted that she was “not feeling well.” Now, Variety reports Richards, Dorit Kemsley, and Kathy Hilton, who will be an unofficial housewife this season, also tested positive for the virus.

While Variety's source, who is said to be close to Bravo, could not confirm the names because of privacy issues, TMZ reported more details regarding the Housewives and suggested they didn't contract the virus while on set. Further, the site's source said none of them had serious symptoms and are currently "in the end stages of the virus" as they recover at home. TMZ didn't state what "the end stages" meant, but it seems they are focusing on their health and will be OK.

In the days since Variety and TMZ's reports, Richards posted about how she contracted COVID sometime after taking her family holiday portrait. She also revealed her 20-year-old daughter, Sophia, also tested positive. On Saturday, Dec. 5, Richards wrote, "Some of you may have heard I have COVID. I got it after these photos were taken. Since I was diagnosed I have been separated from my family in order to keep them healthy. Unfortunately, Sophia also got it. We will stay in isolation until it's safe to see the family and others again. I can't wait to hug them."

Season 11 began filming in October and followed testing and temperature-check protocols for cast and crew members. Because of this unfortunate development, production is postponed indefinitely. When the show resumes, it will likely continue to document Kyle's sister, Kathy, joining the group this season and possibly Erika Jayne's divorce and ensuing legal issues.

At the moment it's unclear if the remaining housewives, Jayne, Lisa Rinna, Garcelle Beauvais, and Crystal Kung Minkoff, were exposed to the virus. Denise Richards and Teddi Mellencamp, who had the honor of holding a giant diamond in the promos for last season, will not be returning.

This article was originally published on Dec. 2, 2020