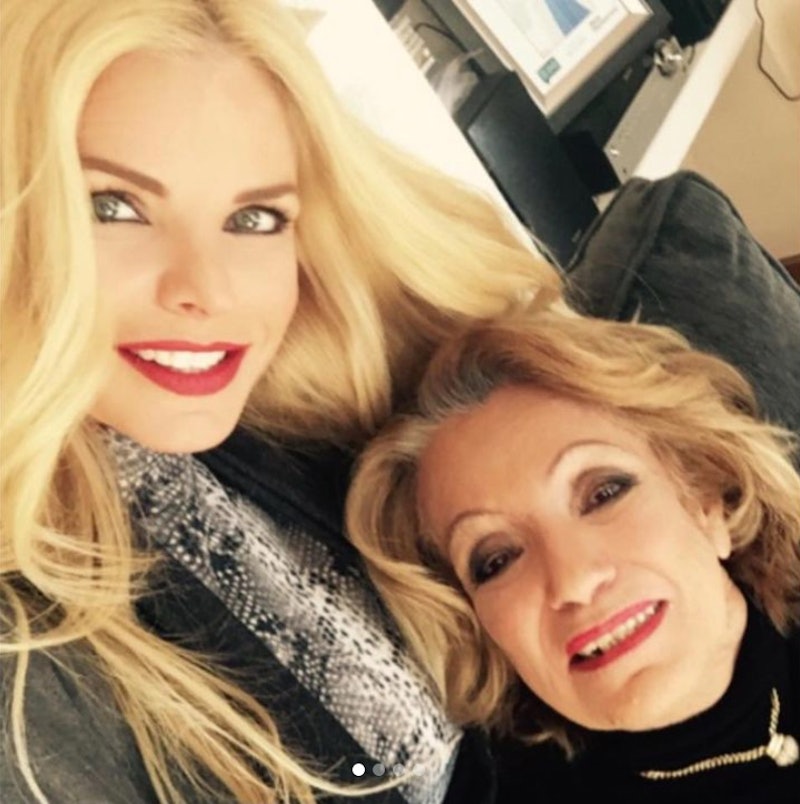 Alexia Echevarria’s wedding day wasn’t supposed to turn out like this. On Wednesday, Aug. 25, the Real Housewives of Miami alum was supposed to meet fiancé Todd Nepola at the end of the aisle to exchange their vows. Instead, the 54-year-old reality star took to Instagram to share the heartbreaking news that her mom, Nancy, died early that morning from COVID-19.

Alongside a series of photos, Echevarria explained that Nancy succumbed to the “horrible and deadly” virus on a day that was supposed to be full of happiness. “The last couple of days have been a rollercoaster of emotions for me,” she wrote. “I was on the road to marry the man of my dreams when I had to stop everything as my mother became ill. What was supposed to be the happiest day of my life today has turned out to be the saddest.”

In addition to sharing photos of some of their best memories, Echevarria described her mother as a “woman of strength and beauty.” “Over the years I watched how she lived her life, HER WAY. My best friend, my psychiatrist but above all, she was my mother,” she wrote. The reality star also called the Cuban refugee a “trailblazer” who put herself through medical school and raised three children on her own. “My mother was the kind of woman that was respected, admired, inspirational and so ahead of her time,” she said.

Elsewhere in the heartfelt caption, Echevarria revealed some of the important lessons that she learned from her mother. “She showed me to live unapologetically, never look back, and don’t regret the things you’ve done but the things you haven’t,” the RHOM star wrote. Echevarria clearly took her mother’s advice when she signed on to star in the first three seasons of the hit Bravo reality show, which went off the air in November 2013. A fourth season of the show is currently in production and is set to air Peacock. Adriana de Moura, Larsa Pippen, Lisa Hochstein, and Echevarria will all be returning.

The reality star closed out her touching tribute by addressing her mother directly. “I will always cherish your stories, your wisdom, your strength, and your zest for life,” she wrote, adding that she so admired her mother’s ability to connect with others and her love for Spain. “To say I will miss you does no justice for what I feel, no amount of tears can express the pain I feel in losing you but then again thank you for the honor of sharing a lifetime with me. Rest In Peace Mami. I know you’re in a better place dancing and drinking champagne. Please watch over us, as I need all the help from up above. I now have another angel. Until we meet again.”