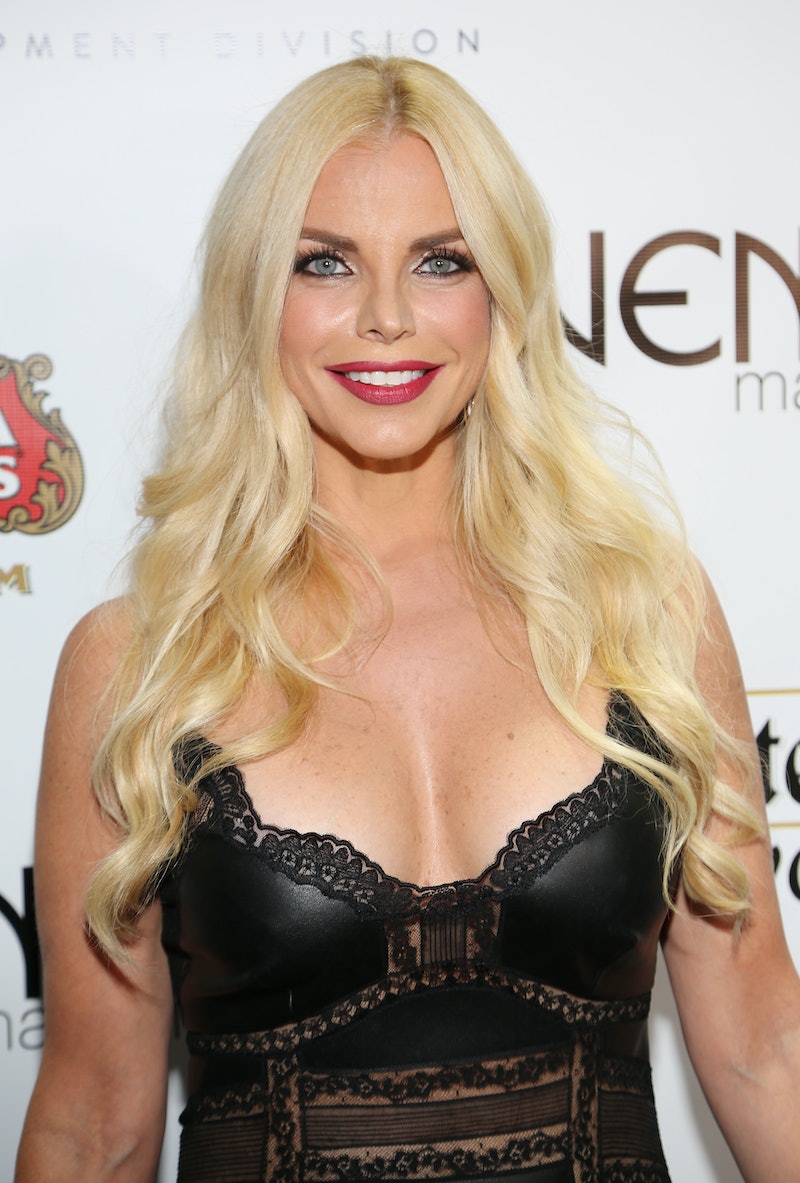 In the seven-plus years since The Real Housewives of Miami last aired, self-proclaimed "Cuban Barbie" Alexia Echevarria has gone through some major ups and downs. The former executive editor of Venue magazine told Bustle that Seasons 2 and 3 of RHOM were a "very sad time" in her life as she dealt with her son Frankie Rosello's devastating 2011 car accident. "You have to go through sadness to appreciate the good," she said in May 2020. "And that's where I am now. I'm so happy."

Before Alexia got to where she is today, she had to deal with more tragedy. In 2015, she and her husband Herman Echevarria mutually decided to separate. "Following Frankie's accident, we became close in so many ways, but as a couple, we became very distant," Alexia explained. "Inside of me, I really wanted him to fight for me and our family, and say, 'no, let's do this,' but he didn't."

Instead of divorcing, the pair decided to "take some time apart," and Herman moved out of the family home. Alexia eventually began dating and was having the "time of [her] life." Frankie graduated high school with a special diploma in May 2016, and her other son Peter Rosello was "doing great" studying at the Paris School of Business, where he met his now-wife Eliza Kluegling.

Then, in September 2016, tragedy struck again. Just days after they'd celebrated Venue's 10th anniversary, "I got the phone call that Herman passed away from a heart attack," Alexia recalled, adding that it was "super unexpected" and "very difficult" for her to accept and handle.

Following Herman's death, she became embroiled in a contentious legal battle with her husband's children, Nelson and Herman Echevarria Jr., over ownership of her home in 2017. A judge ultimately ruled in favor of Herman's sons, who also inherited their father's majority shares of Venue and shuttered the Miami-based lifestyle magazine. "I had to pack the house, after living there 16 years with both of my kids," Alexia explained. "It was so unfair, but after I fall, I get up even stronger."

Alexia relocated to a new apartment with her now-fiancé, Miami real estate investor and developer Todd Nepola, who popped the question during a pre-Christmas weekend trip to New York City in December 2019. The RHOM star said Todd, who she began dating in February 2017, was "so nervous" before he proposed during a late-night walk to see the Rockefeller Center Christmas tree.The couple had planned to get married in early 2021, but the coronavirus pandemic has delayed the wedding more than once.

Before Alexia and Herman wed, she was married to Pedro “Pegy” Rosello, who was featured in Netflix’s docuseries Cocaine Cowboys: The Kings of Miami. Rosello, who’s the father of Alexia’s sons Frankie and Peter Rosello, was convicted for smuggling cocaine in 1992 for Miami drug kingpins Augusto “Willie” Falcon and Salvador “Sal” Magluta and was sentenced to 24 years in federal prison. Rosello was released after serving four and a half years, and he and Alexia divorced in 1996. More than a decade later, Rosello was arrested again for sexual battery of a minor woman he met at a nightclub in 2007. He was sentenced to 12 years of probation, which he violated in 2012, landing him back in prison. His most recent run-in with the law occurred in 2017 when DEA agents arrested Rosello for allegedly trying to sell two kilos of cocaine.

“He’s a great man, but with a very bad head on his shoulders,” Alexia told Bustle of Rosello in May 2020, noting that he was sentenced to five years in prison and “should be out” in 2021. “I had been helping him and everything. I’ve always helped him because he has a heart of gold. I don’t know anybody with the heart he has. He’s too good, and that’s why he is where he is right now; he’s naive. Because he’s such a good person and he’s the father of my kids, I would always extend a hand to him.”

Even so, she said she hadn’t spoken to him since he went to prison, although he frequently calls their sons. “Frankie was so close to him, and he used to help me a lot with Frankie.”

Professionally, Alexia is now the owner of Miami's Alexia + Frankie's Beauty Bar, formerly a nail salon where she had been a client. In addition to nail services, she expanded the business to include services such as lashes, spray tans, and blowouts. She called the spa her "little haven" that gives her life purpose. Clients frequently ask her when RHOM is coming back.

Bravo never officially canceled the franchise, but new episodes haven't aired since November 2013. Alexia is still in close contact with castmates Marysol Patton and Lisa Hochstein, and said that all three "would love" to see a RHOM revival. "When you go through the things I've gone through, you really learn to appreciate where your life is today," she said. "And I'd love for fans to see how happy I am."

She’s since gotten her wish: Bravo announced in February 2021 that they’re reviving RHOM for NBC’s Peacock streaming service. Although the network has yet to announce the Season 4 cast, Alexia, Marysol, and Adriana de Moura were recently spotted filming in Miami with rumored new cast members Kiki Barth, Nicole Martin, Guerdy Abraira, and Julia Lemigova, per Page Six. Cameras were also in tow when several of the women, including Larsa Pippen, who appeared in the reality series’ inaugural season in 2011, recently shot footage in Montauk.

Fans won’t have to wait too long to get a glimpse into Alexia’s life firsthand: RHOM is slated to return in late 2021.

More like this
Rachel Fuda Gave Birth Just Weeks Before 'RHONJ' Season 13
By Brad Witter
Everything To Know About 'RHONY' Season 14
By Jake Viswanath, Alyssa Lapid and Brad Witter
RHOP’s Robyn Dixon Explained Why Juan Paid For Another Woman's Hotel Room
By Brad Witter
Andy Cohen Apologized To Larsa Pippen After A 'RHOM' Season 5 Reunion Dust-Up
By Brad Witter
Get Even More From Bustle — Sign Up For The Newsletter
From hair trends to relationship advice, our daily newsletter has everything you need to sound like a person who’s on TikTok, even if you aren’t.

This article was originally published on May 8, 2020