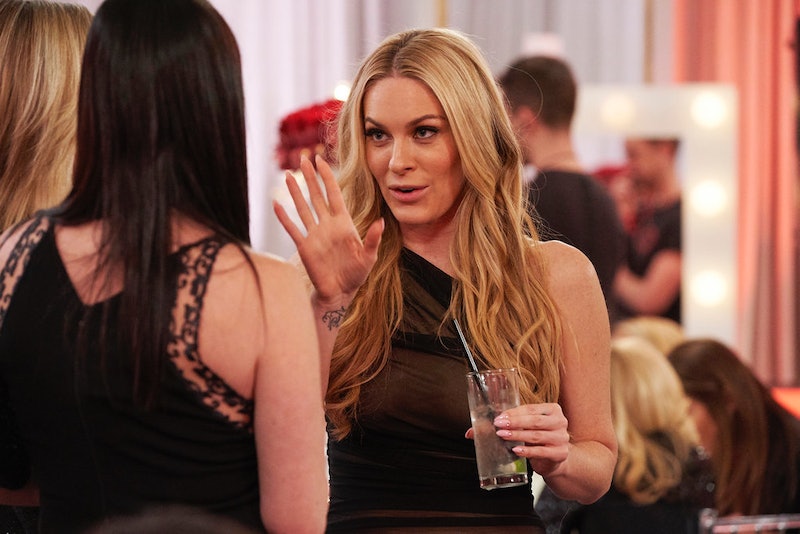 In fact, the Married to the Mob designer “[doesn’t] have any interest” in men at all right now. “I’m in a very weird place sexually and romantically,” she says, noting that running two brands and overseeing her daughter Kiki’s virtual schooling keeps her too busy to even think about dating. She adds that she’s “had such bad experiences with dating” in the past, she just doesn’t really “want to see any dicks” for the time being.

When Leah is ready to jump back into the dating pool, she has a few stipulations. For starters, a potential partner would have to be OK with the close relationship she has with her ex, Rob, who’s Kiki’s father. Though she recently moved to a new apartment, the exes were previously neighbors and had family dinner several times a week. Even so, Leah would "absolutely not" get back together with Rob. "We have great chemistry as friends and co-parents and exes," she explained on an episode of Watch What Happens Live. "If me and him were dating or trying to have a relationship together or live together, we would hate each other and be ruining our daughter's life. Trust me."

As for who Leah would like to date, she previously said on RHONY that she tends to gravitate toward people who aren’t conventionally attractive. But she seems to have changed her stance since filming. "I was into dating ugly guys for a minute, because I was thinking this is how you find a guy that treats you better,” she told The Cut last April. "But now I’m like, no, guys all turn out to be annoying, so why not date a hot one?”

Leah has tried dating apps in the past. In particular, she matched with Saturday Night Live's Michael Che on Raya, but it didn't pan out well. After she called Che "so arrogant and so rude and disrespectful" in a 2017 episode of her Improper Etiquette podcast, he released screenshots of text messages that seemingly disputed her account of their conversations. As a result, Leah was reportedly kicked off Raya.

Before she was a Real Housewife, Leah also tried to find love on Millionaire Matchmaker in 2010. But despite matchmaker Patti Stanger's best efforts to introduce her to someone new, she eventually decided to try to work things out with Rob. By the time the episode aired, they'd called it quits again. Stanger's assessment of why Leah was single? She gives off an "alpha" energy.

"I do believe that I do tend to actually attract kind of more beta guys because I'm kind of alpha," Leah told The Daily Dish. "That's just how it goes. It's very hard to change who I am though. I think there's truth to what she said. I mean, I'm still single and obviously didn't take her advice. I'm still doing the same damn thing, and I'm alone."

More like this
RHOP’s Robyn Dixon Explained Why Juan Paid For Another Woman's Hotel Room
By Brad Witter
Joey Essex Is Rumoured To Be Dating A 'Love Island' Favourite
By Sam Ramsden
Love Is Blind’s Natalie Claims Shayne Signed Up For 'Perfect Match' While They Were “Still Together”
By Brad Witter
10 Photos Of The Wildest Limo Arrivals From 'The Bachelor' Premiere
By Brad Witter
Get Even More From Bustle — Sign Up For The Newsletter
From hair trends to relationship advice, our daily newsletter has everything you need to sound like a person who’s on TikTok, even if you aren’t.

This article was originally published on July 30, 2020