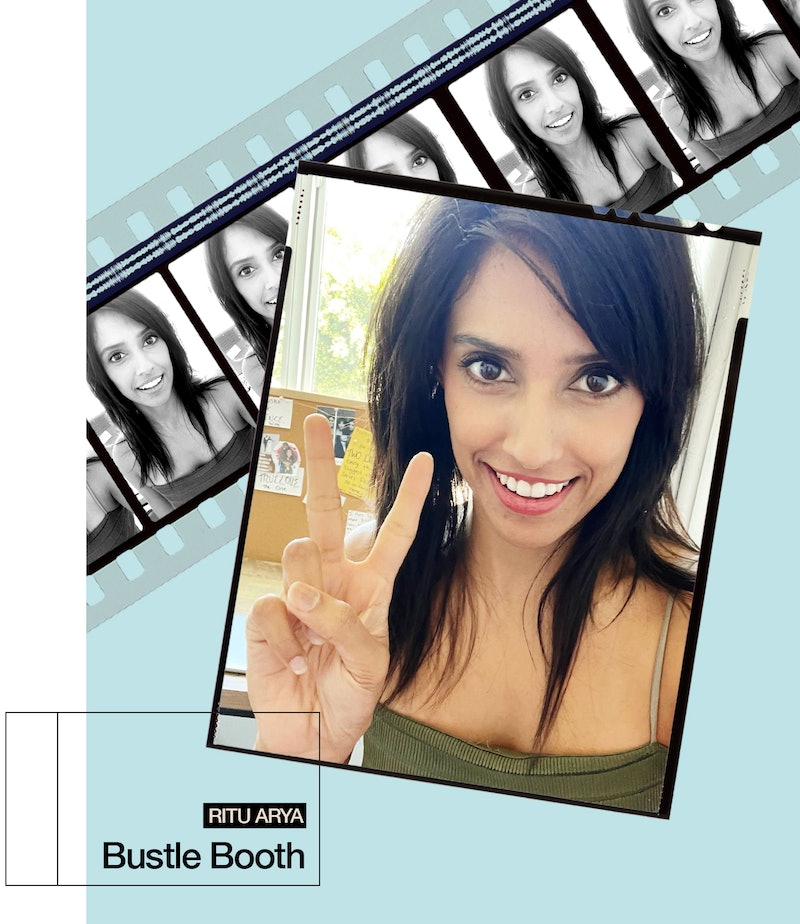 Long before she played a superpowered assassin on The Umbrella Academy, Ritu Arya imagined herself among the stars — literally. “I always knew I wanted to be an actor. I was in plays and comedy, going to Edinburgh [Festival] Fringe, and directing, things like that,” she tells Bustle. But Arya admits she was also “very into space, the stars, and learning what everything is.” Seeing a window of opportunity after high school, Arya briefly put acting on hold to pursue a B.Sc in astrophysics at the University of Southampton before heading to the Oxford School of Drama. “In all honesty, I thought, I'm going to be acting for the rest of my life, and I know I'm not going to do something like this later on, so I just wanted to continue [studying physics].”

Making the jump from science to acting may be unusual, but Arya was intent on following her interests wherever they led her. Though her first few years in show business weren’t easy, she eventually found roles that spoke to her. Playing psychiatrist Dr. Megan Sharma in the British soap opera Doctors nabbed her a newcomer British Soap Award in 2017; roles in Humans, Doctor Who, and Feel Good followed before she landed her breakout role in the second season of The Umbrella Academy in 2020.

As the scene-stealing antagonist Lila Pitts in the Netflix superhero series, Arya has deftly balanced her character’s ruthlessness with an unexpected softer side that comes out in Season 3, when she returns with a child of her own in tow.

Motherhood might have been the last thing fans expected from the prickly assassin, but Arya has always been drawn to complex and unpredictable women. “I try my best to avoid any characters that portray Indian women as a stereotype in any way. I always look for something that's three-dimensional and authentic,” she says, adding that she prepared for the storyline by reading pregnancy forums. “A big reason why I got into acting [had to do with] representation. Because that's not what I grew up with.”

While Arya continues making art that matters to her, she also has her drum set to tune everything out when work becomes too much. “It's a really annoying instrument to have in a house,” she explains. “I was into Blink 182 and Green Day, and I wanted to be like a young Travis Barker as a teen.” She created the indie-pop band called KIN after messaging bandmates Grace Strickland de Souza and Adam Collier on a Facebook music group. “We just went for a drink but totally fell in love. We just got on really well, and became friends,” she says. “From there, [the band] organically happened. It never felt like work. It always felt easy.”

Get to know more about Arya in her Bustle Booth questionnaire below.

Mostly quotes from Kenan and Kel or Sister, Sister.

Everything Everywhere All At Once

Come Dine With Me

Feel the Fear and Do It Anyway by Susan Jeffers