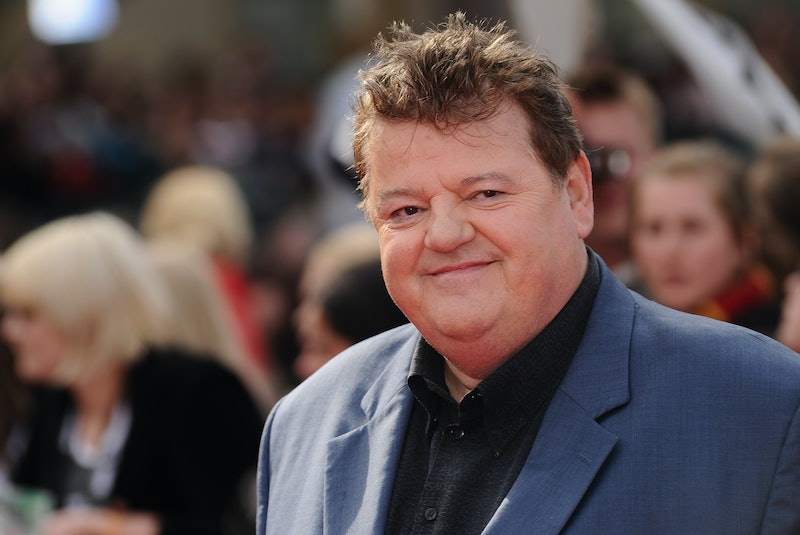 Harry Potter star Robbie Coltrane has died at 72, his agent confirmed to BBC. “He will probably be best remembered for decades to come as Hagrid in the Harry Potter films, a role which brought joy to children and adults alike all over the world,” Belinda Wright told the outlet.

Coltrane portrayed gamekeeper Rubeus Hagrid in all eight Harry Potter films, from 2001 to 2011. He recently reflected on the beloved role for the Harry Potter 20th anniversary special, Return to Hogwarts. “The legacy of the movies is that my children’s generation will show them to their children,” Coltrane said during the 2021 program. “So you could be watching it in 50 years’ time, easy. I’ll not be here, sadly, but Hagrid will. Yes.”

Over the course of his career, the Scottish actor also starred in the crime drama Cracker, for which he earned several BAFTA TV wins.

After the news broke, the official Wizarding World social account paid tribute to Coltrane. “We are hugely saddened to hear of the passing of the magnificent Robbie Coltrane who played Hagrid with such kindness, heart and humour in the Harry Potter films,” the franchise wrote. “He was a wonderful actor, a friend to all and he will be deeply missed.”‌

Daniel Radcliffe, who played Harry Potter, shared a tribute to Coltrane in a statement. “Robbie was one of the funniest people I’ve met and used to keep us laughing constantly as kids on the set,” it reads, per Variety. “I’ve especially fond memories of him keeping our spirits up on Prisoner of Azkaban, when we were all hiding from the torrential rain for hours in Hagrid’s hut and he was telling stories and cracking jokes to keep morale up. I feel incredibly lucky that I got to meet and work with him and very sad that he’s passed. He was an incredible actor and a lovely man.”

Emma Watson also paid tribute to Coltrane in an Instagram Story, writing, “there was no better Hagrid” than her late co-star and that he “made it a joy to be Hermione.” Watson began her statement, “Robbie was like the most fun uncle I’ve ever had but most of all he was deeply caring, and compassionate towards me as a child and an adult. His talent was so immense it made sense he played a giant - he could fill ANY space with his brilliance.”

Watson added, “Robbie, if I ever get to be so kind as you were to me on a film set I promise I’ll do it in your name and memory. Know how much I adore and admire you. I’ll really miss your sweetness, your nicknames, your warmth, your laughs and your hugs. You made us a family. Know you were that to us.”

Other members of the Harry Potter cast took to social media to remember their late co-star, too, including Tom Felton, who played Draco Malfoy. The actor remembered a night shoot from the first film, during which “Robbie cared & looked after everyone around of him. Effortlessly. And made them laugh. Effortlessly.” Felton added that Coltrane “was a big friendly giant on screen but even more so In real life.”

James Phelps, who played Fred Weasley, looked back on Coltrane’s advice for him at the start of the Harry Potter days. “I will miss the random chats about all subjects under the sun,” he wrote in a tweet. “And I’ll never forget in September 2000, Robbie Coltrane came over to a very nervous 14yr old me on my 1st ever day on a movie set and said ‘Enjoy it, you’ll be great’. Thank you for that x.”

His brother, Oliver Phelps, who played George, remembered a similarly sweet moment. “November 2001 - Leicester Square, London,” he wrote. “‘Soak this in lads, its like a Rolls-Royce for your first car’! Robbie Coleraine when he was next to me on the red carpet of the first HP premiere. Over the years we had some great chats about history and travel.”

The twins’ on-screen older brother, Chris Rankin, who played Percy, described Coltrane as “a lovely man full of humour and good will and incredible talent.”

Bonnie Wright, who played their sister, Ginny, said she was “heartbroken” by the news. “Hagrid was my favourite character! Robbie portrayed Hagrid’s warmth, sense of home & unconditional love for his students and magical creatures so brilliantly. Thanks for all the laughter.”

Warwick Davis played Proessor Flitwick in the Harry Potter films, and tweeted that his fellow cast member was “jovial,” adding that “he brought warmth, light and laughter to any set he walked on to.”

Matthew Lewis remembered Coltrane by the nickname “Bobser.” The actor who played Neville Longbottom wrote, “He called me Space Boy. We shared a love of the final frontier. He didn’t give a f*ck and it always made you smile. A giant, in more ways than one.”

Afshan Azad, known for her portrayal of Padma Patil in the film series, simply wrote that the news was “so so sad,” sending “hugs to all our Potter family tonight.” Rohan Gotobed, who played young Sirius Black in Harry Potter and the Deathly Hallows: Part 2, shared a fond memory from production. “First met Robbie Coltrane in hair & makeup and was crazily starstruck (Hagrid!!!) Saw him filming months later - he remembered my name and was delighted to stop and chat.”