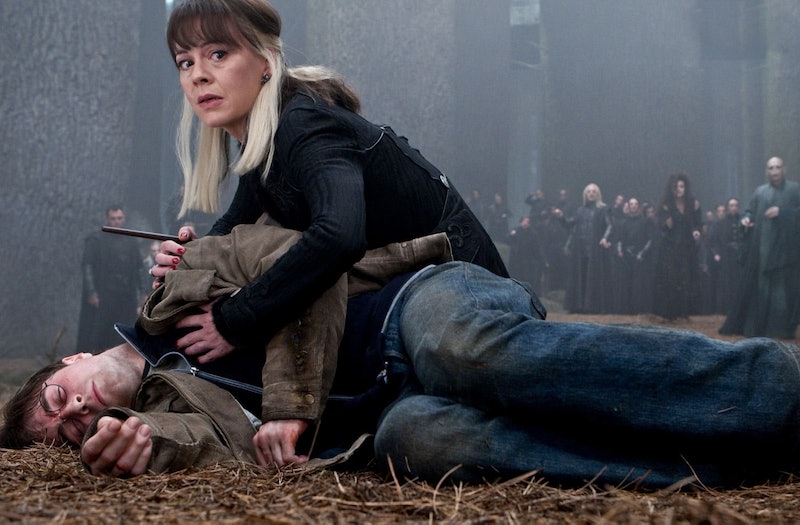 Millennials are really feeling their age right now as the Harry Potter cast and crew mark the 20th anniversary of the first film with a reunion special. Whether it has been years since you returned to the books or films, or you were daydreaming about the magical halls of Hogwarts just the other day, this special takes you on an intense stroll down memory lane.

Daniel Radcliffe, Emma Watson and Rupert Grint are joined by a host of supporting cast - including Bonnie Wright, Matthew Lewis, Tom Felton, Helena Bonham Carter, and more. As well as the film directors throughout the series bringing their two pence to the immense experience of filming the beloved children’s series.

If you’re planning on watching the special, then you may want to bring along a box of tissues. There is no holding back on the emotional punches. From remembering cast and crew who are no longer with us, to reflecting on the beautiful friendships forged over the years, you’ll be crying sad and happy tears.

So, buckle in, here are the moments in the reunion special that will hit you in the feels.

Sadly, the Harry Potter universe is no stranger to losing beloved actors too soon. But they were certainly not forgotten by cast and crew who reflected on their friends fondly. Richard Harris, who played Dumbledore in the first and second film, seems to have caused quite a laugh after believing the animatronic Fawkes the Phoenix was a real bird. Meanwhile, Gary Oldman (Sirius Black), was left chuckling at the idea of Alan Rickman (Severus Snape) keeping state secrets after J.K Rowling revealed the ending to him, years early. These little moments do make your heart ache.

As the reunion takes you through each film, discussing the heart-wrenching character deaths cannot be avoided. The cast sit down and discuss the impact Cedric’s death in Harry Potter and the Goblet of Fire had on them - and the way it shifted the whole tone of the series. We can’t forget the devastation of Sirius’ journey through the veil either - and the heartbreak of Harry losing yet another father figure.

The pressures of fame

This moment hit me by surprise - when Watson discusses the time when she thought she would leave the series. Herself, Grint and Radcliffe all talked about when they realised the extent of their fame and the immense pressure that came with it. What was particularly hard-hitting was the way Watson spoke about her loneliness and how in the end it was her supportive fans who kept her going. Awwww.

Alan Rickman completely enamoured fans with his portrayal of Professor Snape and even years later, his exchange with Dumbledore - “After all this time?” “Always” - is fondly remembered. Rickman passed away in 2016 but his impact of his fellow cast and crew was clear. Watson remembers being touched by how seriously Rickman took her thoughts and opinions. While Ralph Fiennes (Lord Voldemort) remembered Rickman as “a very dear friend” and an “absolute magician” when it came to acting.

The tribute to Helen McCrory

Helen McCrory who played Narcissa Malfoy passed away in 2021 and leaves behind a powerful acting legacy. In Harry Potter, she was able to bring such nuance and humanity to her role as a mother and victim of circumstance. Reminiscing on her prowess, Jason Isaacs, who played her husband Lucius, thought “I’ve just met the best actress I’ve ever seen in my life”. And Tom Felton was moved to tears as he spoke about her impact on his life at such a formative age.

Of course, alongside the sweet anecdotes, this portion of the special was dedicated to remembering all those who had passed away. Richard Griffiths (Vernon Dursley), Richard Harris (Albus Dumbledore), and John Hurt (Ollivander), were also remembered with emotional tributes from the cast and crew. This, interspersed with the most touching moments from the series and haunting music, guarantee a tear to the eye.

Our three leads shed a gorgeous light on the bond the films had forged between them. Through trembling voices and misty eyes they described the immense love, respect, and admiration they have for one another. And even described themselves as a family - no matter how far they are from one another. The genuine devotion weaved into their words was enough to make you feel all warm and fuzzy inside.

How much time has passed

The reunion really goes hard on reminding us of how many years have gone by. Especially when they do a harsh cut from the last day on set to adorable video clips of their first day on Harry Potter and the Philosopher’s Stone. By the end of their interviews, pretty much everyone is reduced to tears as they talk about the magic of those ten years together and the way it has forged their lives. Grint tells Watson through tears “I love you” and our hearts collectively melt. You can’t help but get all emotional right alongside them.