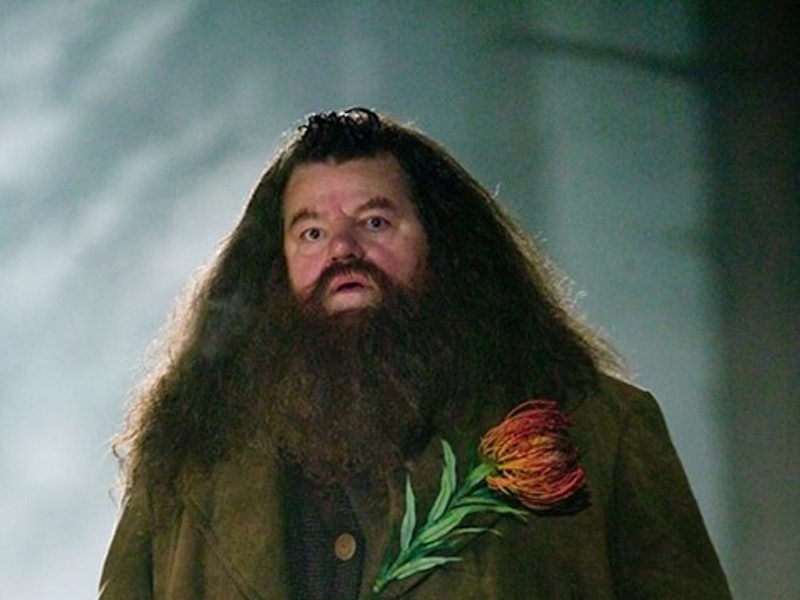 It's a controversial subject, I know, but from where I'm standing, Hagrid is the best Harry Potter character. Sure, everyone loves Harry (after all, the books do have his name in the title), and Ron and Hermione are also amazing characters in their own rights, but when it comes down to it, Hagrid beats the rest. Hear me out.

Rubeus Hagrid is more than just the gamekeeper at Hogwarts — or Dumbledore's errand boy, for that matter. He is more than just that goofy teacher that no one takes seriously, and he is much more than the giant dud many people perceive him to be at first meeting. Hagrid is a ride-or-die friend, a sensitive soul, and hopeless romantic. He would do anything for his friends, even if that means wrongful imprisonment, tracking down giants, or just defending them when someone else was trying to sully their names. Hagrid is an all-around genuine guy and a perfect character.

I know there are plenty of opinions about just who is the very best Harry Potter character is, and trust me, I know how close the race is. Dumbledore is one brilliant badass, Sirius is the godfather we all wish we had, and who can say a bad word about the Weasley twins? But when you break it down, here are nine reasons why Hagrid is the best Harry Potter character. Come on, you know it's true.

1. He's a Loyal and Protective Friend

Whether it was standing up for Harry in front of the Dursleys or going to the ends of the earth for Dumbledore, Hagrid proved over and over again that he was a true friend. He'd risk his happiness, his job, and his life for someone he loved, and that gives him major points in the race for best character.

You can be a close friend, an unknown student, or a giant spider — it doesn't matter, because Hagrid will be nice to you either way. He sticks up for the little guys, protects the unwanted animals most people are afraid of, and he's just an all around kind and loving (not to mention lovable) man.

3. He Has the Coolest Pets

Speaking of his kindness toward creatures of all shapes and sizes, one of the best things about Hagrid is his outrageous pets. A three-headed dog? A dragon? A hippogriff? I mean, the man knows how to pick a cool pet. And you thought Hedwig was interesting.

Who wouldn't want to be wooed by a man as sweet as Hagrid? A date with him would include flowers, moonlit dancing, and sweet nothings being whispered in your ear. Hagrid is always a gentleman when it comes to the ladies, and with people like Crabbe Goyle in the world, that's a trait I can appreciate.

He may be half giant, but all that means is that he gives great giant hugs. Who can't appreciate a good hugger, am I right?

6. He Gives Great Advice — Even When He Doesn't Mean To

Whenever Harry, Ron, and Hermione hit a wall solving whatever mystery they were currently facing, the trio would find the answers at Hagrid's cabin. Whether he gave them some solid and intentional advice or let some crucial information slip out by accident, Hagrid is a man with answers.

7. He Never Forgets a Birthday

Without the help of Facebook or an iPhone, Hagrid remembered Harry's birthday when no one else even knew when it was. He's a sweet and thoughtful, and always has the best intentions. Just look at that cake.

People aren't always what they appear to be, and that is especially true in Hagrid's place. As big and scary as he may look, Hagrid is actually an old softie on the inside. He tears up when saying goodbye, cries over the death of his pets, and isn't afraid to hide his emotions.

Man or beast, giant or centaur, wizard or no-maj, Hagrid doesn't care who you are or where you come from. He's open-minded to different people and ideas, and that is something that a lot of people (looking at you, mudblood-hating Malfoys) could use a little bit more of.