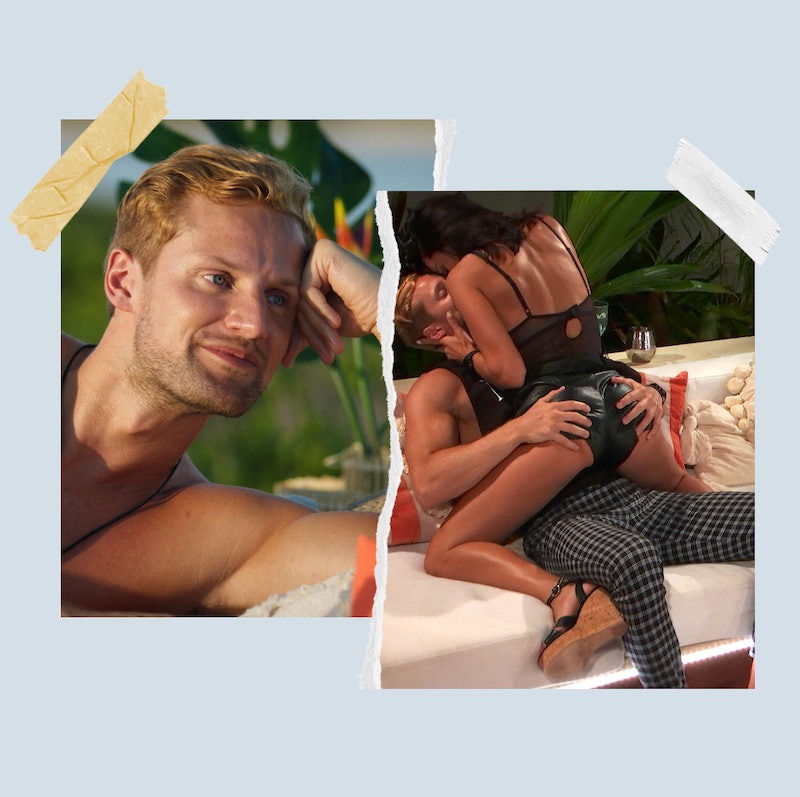 When it comes to dating reality shows where singles stay in secluded locations while cameras record their every move, it’s safe to say there will be no shortage of drama, plenty of hookups, and not many successful relationships. However, Too Hot To Handle Season 2 is renewing faith for hot swimsuit-donning hopefuls the world over, as former contestants Christina Carmela and Robert Van Tromp are still together after their stint on the Netflix series.

Seven months after the series filmed, the duo took to Instagram to post some very hot photos of each other embracing accompanied by captions confirming their relationship status. “No one actually thinks they’ll go on a TV show and end up meeting someone they’ll fall in love with,” Robert wrote for photos of the pair in matching black swimwear, adding “Dear Lana, guess we didn’t do you so bad after all…” Not to be outdone, Carmela posted her own very steamy photo of the pair, in what appears to be non-regulation tennis uniforms. She captioned the photo, “20 seconds turned into 6 months with you” an ode to the moment the pair broke the reality show’s no-touching ban for “20 seconds of fun.”

The 29-year-old UK-based salesman and 30-year-old model from Cape Town, South Africa, were eliminated on the eighth episode of the season, just three days before the finale, after being told by virtual assistant Lana that they had “failed to grow” and “generally” showed “very little respect for the process.” At the time they had amassed $8,000 worth of rule-breaking fines for consistent canoodling. As you likely know, contestants on the show receive fines for any kissing, heavy petting, or self-gratification, which get deducted from the show’s overall prize money of $100,000. The goal being that they get to build deeper connections by getting to know each other beyond just physical attraction. But if Christina and Robert’s relationship is any evidence, it looks like some rules are just made to be broken.

During the reunion special, which was posted to YouTube on July 5, Christina revealed that Robert flew straight to South Africa to see her after the show ended. During the reunion, Christina said, “We were on something crazy together it just brought us so close and it was something we shared. It was mental. We are so similar and so different, and I just love him."

More like this
Dorothy Wang & Morgan Stewart Were The Ultimate BFFs On 'RKOBH'
By Sophie McEvoy
Laura Anderson Pulled The Ultimate Girl Power After Her Break-Up
By El Hunt and Megan C. Hills
'Bachelorette' Vet Clare Crawley Unveiled 2 Special Wedding Day Accessories
By Stephanie Topacio Long
Paris Hilton & Carter Reum’s Relationship Timeline Includes A Surprise Baby Boy
By Bustle Editors
Get Even More From Bustle — Sign Up For The Newsletter
From hair trends to relationship advice, our daily newsletter has everything you need to sound like a person who’s on TikTok, even if you aren’t.