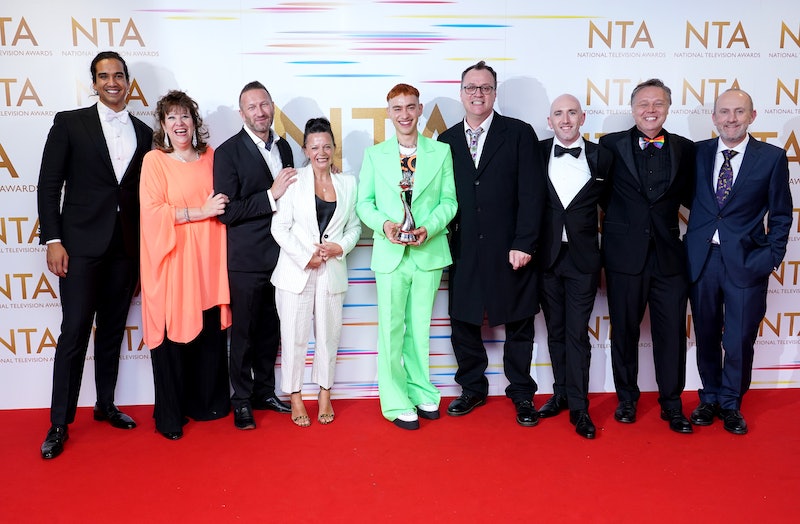 Channel 4’s It’s A Sin has been rightly and widely celebrated as one of the best shows to come out in 2021. It won best new drama at the NTAs and lead Olly Alexander said “it was one of the greatest experiences” of his life. The show has been applauded for not holding back in its portrayal of the AIDs crisis but Russell T Davies revealed that there was scene that he refused to write. The show’s creator said he waited years to work with people who understood what he was trying to create with the series.

Speaking on The Hollywood Reporter’s TV’s Top Five podcast, Davies revealed that the process of producing It’s A Sin wasn’t always plain sailing. “I was told at one channel: ‘What if it starts on an AIDS ward in say, 1990 or 1992, with the machines and people dying – and then went: 10 years earlier. I thought that was unbelievably crass and literally refused to do it,” he said.

“My producer said: ‘I know you don’t like that scene. If you just type it out, if you just type one page of that, it might get made.’ I’d rather die than type that page,” he added. “It’s the wrong way to tell it. There was a lot of nonsense like that. Then you just wait for the right commissioner.”

Per ITV, It’s A Sin was turned down by the BBC and ITV before Channel 4 commissioned it. Davies said he waited for another five years before the show got the green light. Following his win at the NTAs he told WalesOnline, “There was one television executive who referred to it as ‘that miserable AIDs drama’. Where are they tonight? They won’t get to lick my trophy!”

More like this
Adam Lambert Called Out The George Michael Biopic Over Potential Casting
By Sam Ramsden
'Happy Valley' Recreated This Moment From S1 In Its Penultimate Episode
By Sophie McEvoy
Twitter Is Burning As Phoebe Dynevor Reveals Daphne’s 'Bridgerton' Exit
By Sophie McEvoy
Helena Bonham Carter Doesn't Think 'The Crown' “Should Carry On"
By Sam Ramsden
Get The Very Best Of Bustle/UK
Sign up for Bustle UK's twice-weekly newsletter, featuring the latest must-watch TV, moving personal stories, and expert advice on the hottest viral buys.