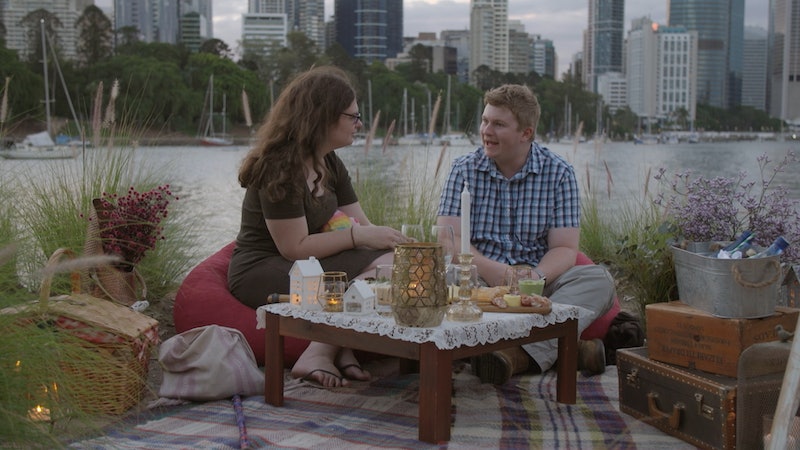 At the end of Netflix's Love on the Spectrum, Ruth and Thomas were still busy planning their wedding. But eight months after the show initially aired in Australia, the two have now tied the knot. Ruth made the announcement in a July 4 Instagram post, also sharing some wedding photos. She and Thomas celebrated the next day by having a "much-needed peaceful and relaxing session with sleeping kittens" at a Queensland, Australia cat cafe.

Ruth also shared in a July 19 post that their household is growing. In addition to her baby snake Cleopatra, who Ruth explained in the docuseries helps her to stay calm and prevents sensory overload, the couple will now have "2 people, 1 cat, 1 snake, and 5 chicks!!" under one roof.

As documented in Love on the Spectrum, Ruth and Thomas had been dating for about four years when they filmed the show and seemed to have a clear idea of why they work as a couple. Ruth described Thomas as her ideal partner: "a blondie who's a big cuddler" and is OK with her "quirks and nerdiness." Thomas, meanwhile, explained that he's "autistic enough to understand Ruth" and loves that she's funny, fun to be with, really smart, and has "a killer body." He also likened their dynamic to food: “Ruth is a spicy chicken tikka masala, and I’m a mild mango chicken.”

From the looks of it, those two dishes make a perfect meal.